Ok giving out 5 emjois for people to get the chance to have on there personal profile on the fourm …
Rules are quite simple post the emjoi you like the most and give a reason why (20 characters)
You can only post for ONE emjoi soo choose wisely. Dont reply to folk aswell that be awesome …

Discobot will find the winners too …

so the emjoi are…

Winners can have the chance for the bonus emjoi too

Threads you should check…

[kép] This thread is for information and discussion on the Springvale 2022 Summon Portal, and sharing Summon Results.

I would like the fried egg emoji as eggs go well with dairy. That said, I don’t like fried eggs and the smell nauseates me. So maybe I don’t want that.

I would like the sheep emoji as it’s a fellow cuddly animal. That said, people already confuse me with a sheep. So maybe I don’t want that.

I would like the rabbit emoji as it has big, long ears. That said, I don’t have that characteristic so it would be confusing. So maybe I don’t want that.

I would like the chick emoji as I like chicks. And I can’t think of anything contrary to this choice. So there’s my want. And if discobot doesn’t give it to me, I may throw a fit and claim it myself!

I would love the

for gaming and of course cause I love

I would love to have a rooster

because then all I need to do is find another partner (was gonna say chick for the pun, but that sounds real pedo so nope

) and I can have my very own

and I’m also born in the year of the rooster!

I also wanted to be like Gaston in the sense of eating 5 dozen eggs a day.

as they are protected by @littleKAF

That looks almost exactly like Bugs Bunny and now I must have it.

Bugs was a good part of my childhood. I watched a lot of these blue box VHS tapes. 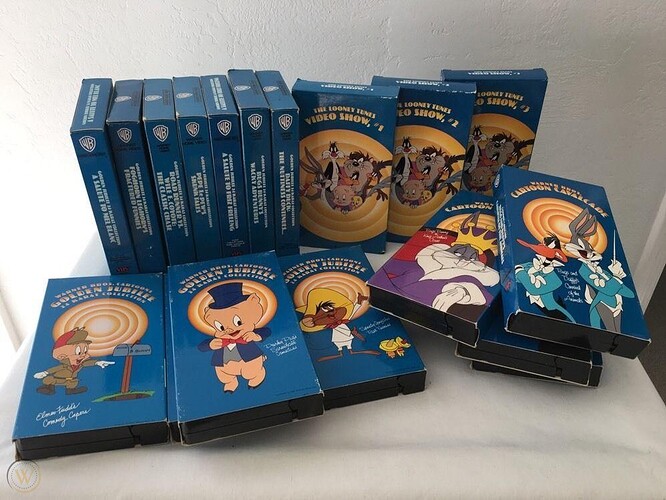 I also relate to the Seinfeld quote:

JERRY: (Singing) Camera, curtains, lights - This is it, we’ll hit the
heights - Oh what heights we’ll hit - On with the show this is it!
ELAINE: You know, it is so sad, all your knowledge of high culture comes
from bugs bunny cartoons.

this one time me and my mates got really sozzled and wandered into a pasture…wait wait wait…wrong story and I don’t feel like going to jail…ahem!

I would like the sheep because as a a lovable goat I need a sheep to lead around, without it my life will be incomplete… . It reminds me of the old name of our current alliance leader. He had to change it because it contained a different name for rooster that didn’t follow the rules.

So I can say you flipped me a tiny bird

(and I swear I wrote all of this before reading anyone else’s entries, I see I have some similar reasons as others who also have very good taste! hey there @Ruskin505 @Yomagn-tho - also a Bugs Bunny fan!)

For the safety of everyone here, I think it’s best if I get the

Why? Because that is no ordinary rabbit. No. It is in fact the killer rabbit of Caerbannog!

What’s that you ask?

That’s the most foul, cruel, and bad-tempered rodent you ever set eyes on! That rabbit’s got a vicious streak a mile wide! It’s a killer!

But do not fear. I am well versed in its deviously murderous ways and I intend to taunt it, so that It may become so cross that it will make a mistake and can be captured.

Run away! Run away!

A bunny! I want a

I don’t know if you’ve ever heard of this story before, but here’s it goes.
I’m gonna post part 1 today, will continue tomorrow with the rest.

Once upon a time, there was a land called Rabbitia. It was a land painted with green, amber and brown hills, rich with grass, fat with nectar and honey. Purple hyacinths and yellow daffodils, pearly white lily-of-the-valleys and snow-colored daisies with violets and snowdrops, mixing all in a spring scented perfume. It spanned far and wide, or at least, far and wide from the perspective of citizens of Rabbitia, which is to say, not that far and wide, for most of creatures of Rabbitia were small and furry. Bipedal, mind you, they don’t like being confused with ordinary rabbits, thank you very much. They are called Furries.
Furries have been living, prospering and enriching Rabbitia since everyone can remember! A long period considering most of Furries don’t really have a great memory, except for the recipe for the best mead, gloried across the whole continent. There’s a legend about one Furry who had pink highlights in his fur, who has made such a mead, so gloriously delicious, that it made a princess with the most captivating lilac eyes fall in love with him! Evil tongues would say she was drunk on mead, but us, more romantic ones, would say she was drunk on love, but this is not the time to tell that story.
Furries, as small as they are, have not been known as brave warriors, nor as elaborate thinkers, no. Even though there are stories about one valiant Furry who defeated their arch enemy, the Flying Squirrel, always clothed in green garbs, with a pink bow tie, to honor the memory of the mead-making Furry. Their strength lies in ties with mother Earth. In listening to the songs of underground tunnels, basking in the smell of freshly dug soil. Spending the days just minding the ways of greens on hills, chattering with trees and spending sunny days playing in the meadow. For all Furries share a love of things that grow.

Slight breeze was winding its way through the trees. Soft touch on the leaves was making them sway left and right, left and right. A quiet, low hum was echoing around the thick bark of a proud oak tree, moving the moss gently. This forest wasn’t dark like you’d imagine a forest to be, no. This forest was filled with light and life. On that particular day, sun was shining brightly, warming up the tops of trees and sending its warm fingers to cocoon the floor of the fo…

RRRUUUAAARR! If you’re funny or what ever, I may not eat you alive or maybe I even give you some treasure… who could possibly tell?!?! 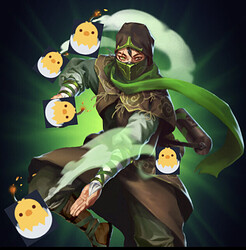 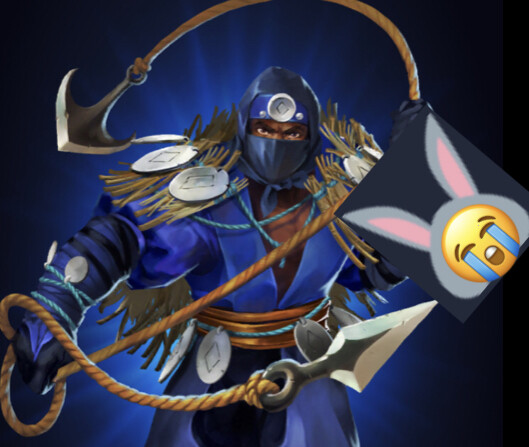 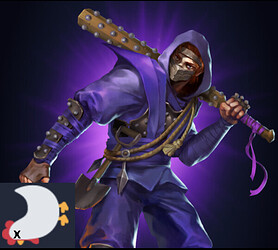 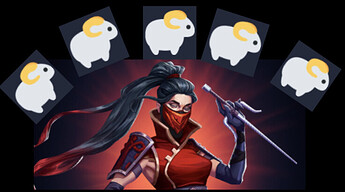 need some restful sleep. So we could just count them when it’s bedtime

because the rest would get eaten by dem

which would let the new emoji disappear again, which would make no sense in the first place.
Thank you byyyye 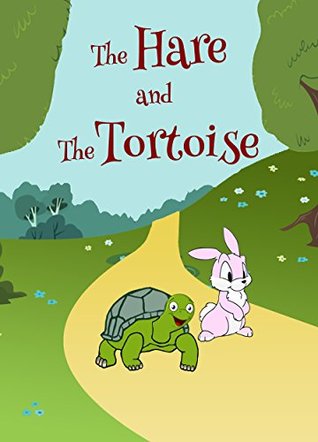 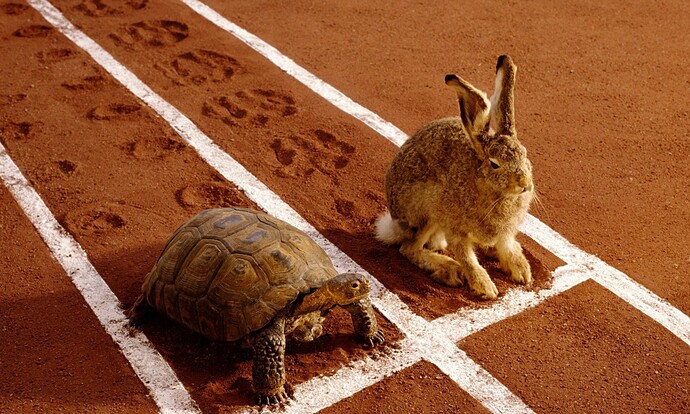 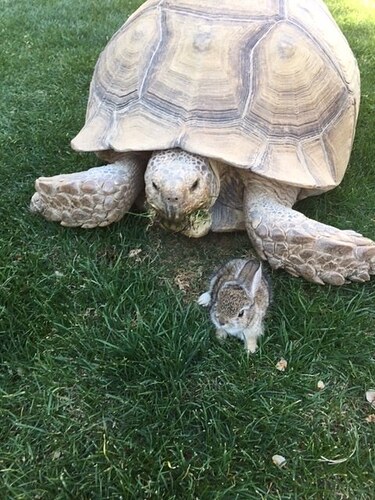