Is this a bug or it is working as expected as the normal version of these heros is in this power range ?

Hawk an Gunn an not maxed?sorted by power?if you dont have them in 1-5 team they by power are lower in your bench…and screen shot would help to clear this…

Can you provide a Screenshot?

Here is the screenshot: 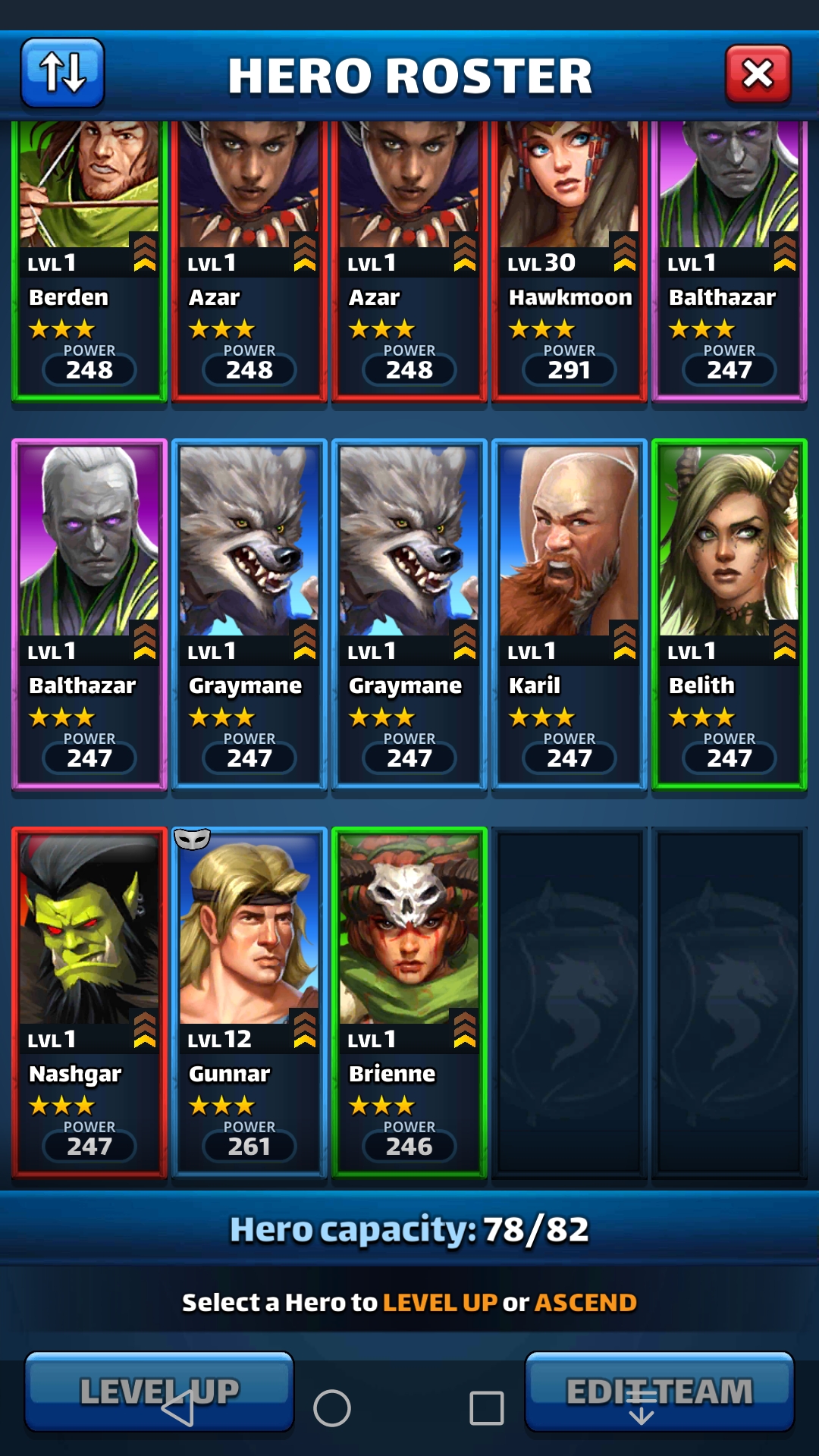 When I am starting to level a normal hero and it reaches 260 power for example, then it shown among other heroes with 260.

I’d say that the “power sort” is still linked to the base hero power… I’d guess its cause the Costume is still in some ways bound to the power of the base hero… You cannot ascend a Costume beyond the ascension level of the Base hero so… Kinda could make sense?

@Guvnor, you are absolutely EVERYWHERE!! Kudos my fine Sir. You are saving our stupendous mods a lot of extra work!!

If the base hero is in the begining of its ascension level and the the costume version of it is at the end of it, then the custome hero power can be more than the orginal hero like in my case.

I understand that currently the heroes are ordered based on the base hero power.

The question is Small Giants Games wanted the power sorting to work like this or this is a defect.

it is working as expected as the normal version of these heros is in this power range ?

It is currently working as expected.

Because you cannot nickname heroes, and base heroes and costumes can be different levels, things get weird fast.

Base hero power is important since

only base hero can be emblemed,
base hero must have their tier increased first,
costume is useless without a base hero.

I do a lot of sorting by name for heroes with costumes.

Thanks for the answer.