Were you able to do any nove?

Same happened to me, but I was still able to kill the Boss and apply special attacks. Very strange… Never had this happen before.

I did @King_Nothing, Ive already finished them all. Was farming, and seeing if I could up my score. Lost a few minutes when I didn’t get why the round didn’t end? Would have been my best run yet

It was only 1WE @Winkalet. It’s more the great run I had going…until I couldn’t figure out why the timer was still going. So I threw a few tiles and hit something. Finished it off with Gretel…but many minutes had passed by then.

I finally realized there was an invisible boss @Junglejane, it’s more so that this was my best run on that level so far. Lost several minutes figuring out WF was going on? Weird stuff indeed

@Monkey, I finished rare/epic/legendary days before. This was just farming and upping my score. Such a strange thing to happen. Killed all the zombies, maybe one resurrected somehow and was invisible?

Something like this happened to me during completing lvl 15 Epic:

Its M-T in zombie mode. This zombie mode causes other issues, tiles are “ghosting” the right side of zombie. Sometimes zombies are unreasonably sturdier to damage sometimes very soft.

I’m guessing this is the same issue as below.

I posted the same problem above (victory on an empty board), but one of our members experienced the disappearing bosses along with the freeze. It happened to him twice and he simply gave up making a 3rd attempt.

I encouraged him to put in a support ticket. I hope he at least gets a WE flask to replace the lost lives.

I hope he got the completion rewards.

I’m assuming it’s somehow based on the zombies as @G.O.A.T stated above. Maybe they somehow double zombie but since that’s not supposed to happen, as far as I understand, they are invisible?
Whatever the reason I hope it’s fixed. Playing around and farming is a long way from losing a completion reward or even a raid due to invisible zombies.

I think that the Animation is stopping because it’s not prepared to be a zombie after that. so all animations stopped you won’t be able to see the dying Animation after that too.

Makes sense, although I had killed all the zombies. I wonder if it tried to bring a zombie back as a zombie?

Caught this on video, where a pirate boss became invisible under
Marie-T’s blessing

This also happened to me while raiding. I have also seen an invisible outline of a forge in an empty area that had nothing there…lol
Thanks for posting. I dont feel like I was hallucinating anymore.

Bug with Marie-Therese’s special skill. A ghost enemy appears rather than zombie. 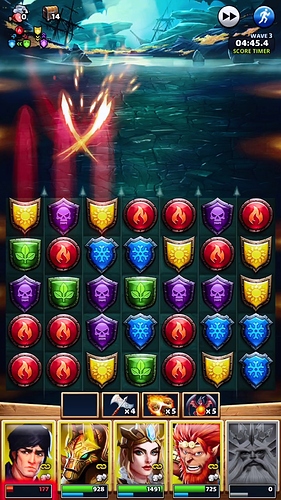 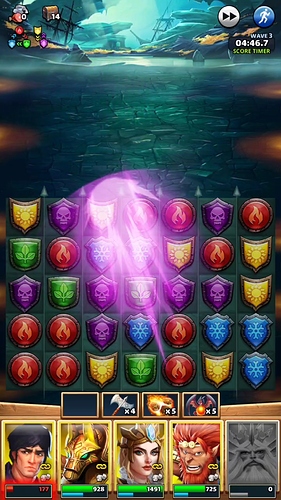 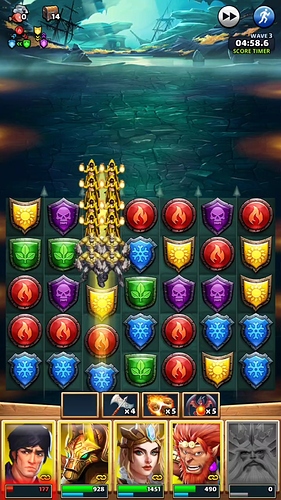