There’s two alliances, let’s call them “A” and “B” (I’ll post actual screenshots below).

Kindly ask to investigate the issue.
There’s many reports of this bug in Russian social networks. 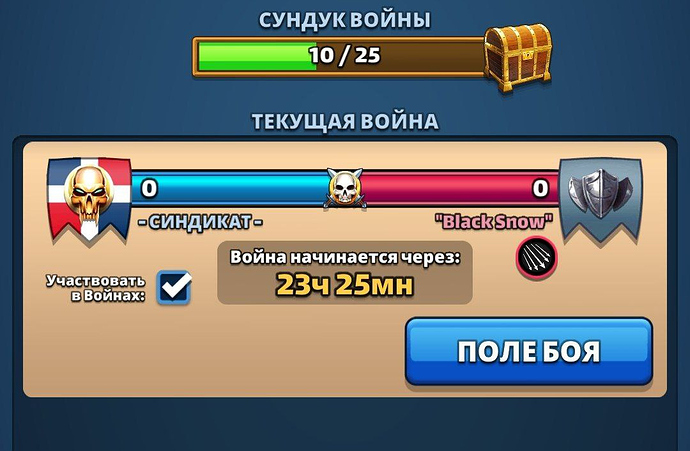 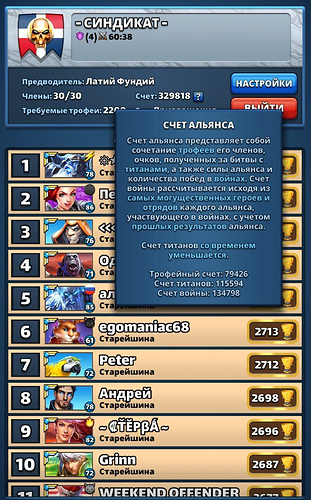 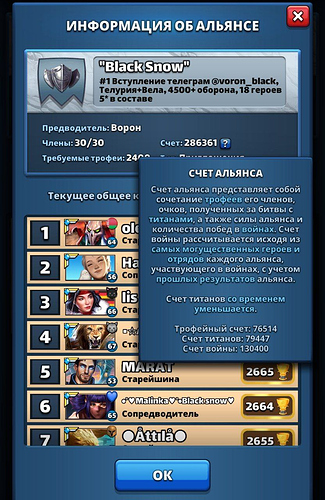 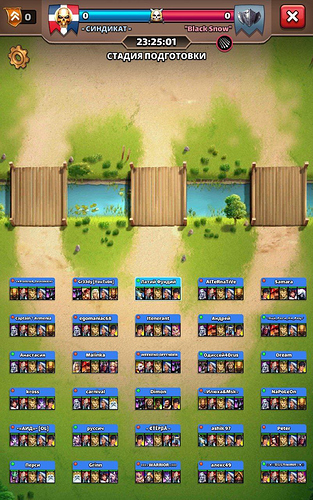 How can you explain that? @Petri 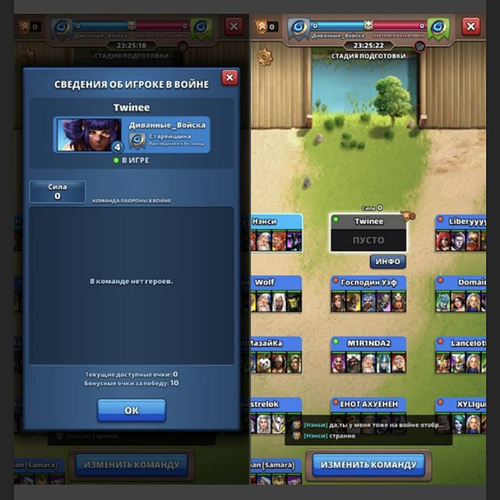 This happend to my alliance earlier.
A member selected some heroes for war defense, and after that he feed the same heroes with other heroes.
The result is empty defense team in war.
When the war started he was removed from the battlefield, and score rewards was split amoung the team.
So it will became an unbalanced war (more members on the opponent side).

Well, your case looks quite logical.

A post was merged into an existing topic: War matchmaking strikes again

Did PlayerX opt out after matchmaking started? At that point it’s too late for this war. We had that happen recently.

Nope, he opted out 45 minutes before matchmaking.
He was going to celebrate something and get quite drunk =)
Now he’s a bit upset 'cause he’s got to participate )) 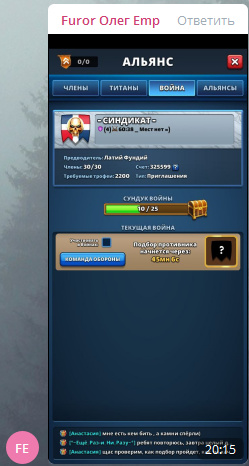 It also happened to my friend, support request 458952.
And to many, many other people, 10+ in RU-community chat.

Not sure if it’s related but one of our players who has always opted out of war, while he builds his team, was included in this war somehow. He’s positive he didn’t suddenly decide to opt in. He was shocked to see his team on the field.

We had something very similar to this in our war matchmaking for today’s war as well, and the issue I see in this image isn’t just that there’s an empty defense, it’s that the player in question is only level 4. They shouldn’t even be able to be included in the war team unless something has recently changed. Coincidentally, the specific instance with our alliance also involved a level 4 player being included. Between this and the stupidity of players being opted in by default when they reach level 12 means that we are fighting our current war with 12 fewer flags than our opponents.

Same case here, and sister alliance too… 3 people who opted out where included in the battlefield this war.

It seems very likely that there is a serious and potentially exploitable glitch/bug with the war opt in/out system.

Thank you for the reports, we are currently investigating this here.

This is not the first war, last war we seen same reports.
This puts teams at a serious disadvantage at the start of war. Can we please get somebody to look into this as this not seems to be an incident.

Hello,
Similar problem on this war for our team. Level 33 player in war while war participation checkbox set to false. 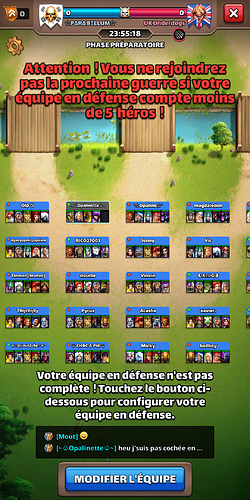 Are there two separate issues happening this war? We have one player who has opted out for the summer and now appears on our war field.

Another player has always opted out until his team is stronger and he was included last war. He was shocked at being included and made sure he was opted out of this war. His team is on our field for this war again.

We are waiting for confirmation from these players that they haven’t intentionally opted back in - I’ll update this post once we’ve heard from them.

I’ve disabled war on my 2nd account for quite some time now. I use it to communicate with opponents by sending requests.

While I wasn’t logged on for few days the request got accepted and I got placed into the warfield, dispite of still having my war flagged OFF!