I made a farming video where it happened, but it’s too big of a hassle to create a YouTube channel only to link it here, when previous members have already posted it.
From my experience, the mana gain isn’t premature, it’s more like the gain happens as soon as you make the combo, so it looks like the hero is flashing twice. And while I have noticed unnatural mana gain, the times when I got mana loss were much more frequent.
And if the bug was more about mana gain rather than loss, I believe a lot fewer members would complain

I understand that they’re working on it and will fix it, so I guess we can hope it gets fixed soon.

The mana bar flashes as if the special is at 100% when it is not. See seshat. 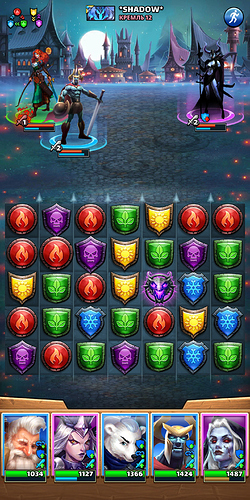 Same happened to me with 2 heroes on the 2* tournament 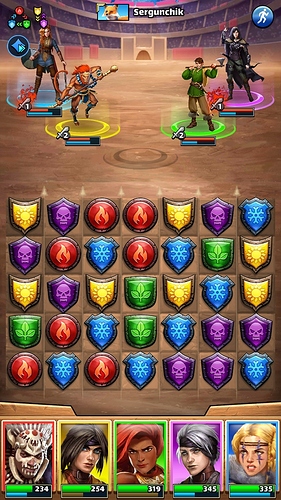 Nash and Jenneh show their mana bar glowing as if they were at 100% mana but they are not. Specials of course were unavailable to use until they actually reached 100%

I’ve also noticed that the mana bar fills as soon as the tiles are matched now, rather than after they hit the opponent and the animation/graphic goes to the hero(es). I also feel like I’ve seen it fill up more than it should at first, but then go back down slightly to where it should have filled to in the first place. Will have to try to capture video…

I think it’s an issue which came up after the latest update… But it’s purely visual, game play wise it does not effect anything.

I also would like to report the same issue, when mana bar is full by my heroes it suddenly drops.

To give more information I stack heroes often and find that the mana decrease happens then.
Eg. In a raid Thorne and Grimm have average mana gain. Pre update they would gain mana at almost the same rate.
In this recent instance, Thorne gained a full bar of mana whereas Grimm was just shy.
If anything, it should have been the opposite where Grimm gained a full bar first due to the troops equipped with him. Please see attached screenshots of my raid team versus the opponents raid team. 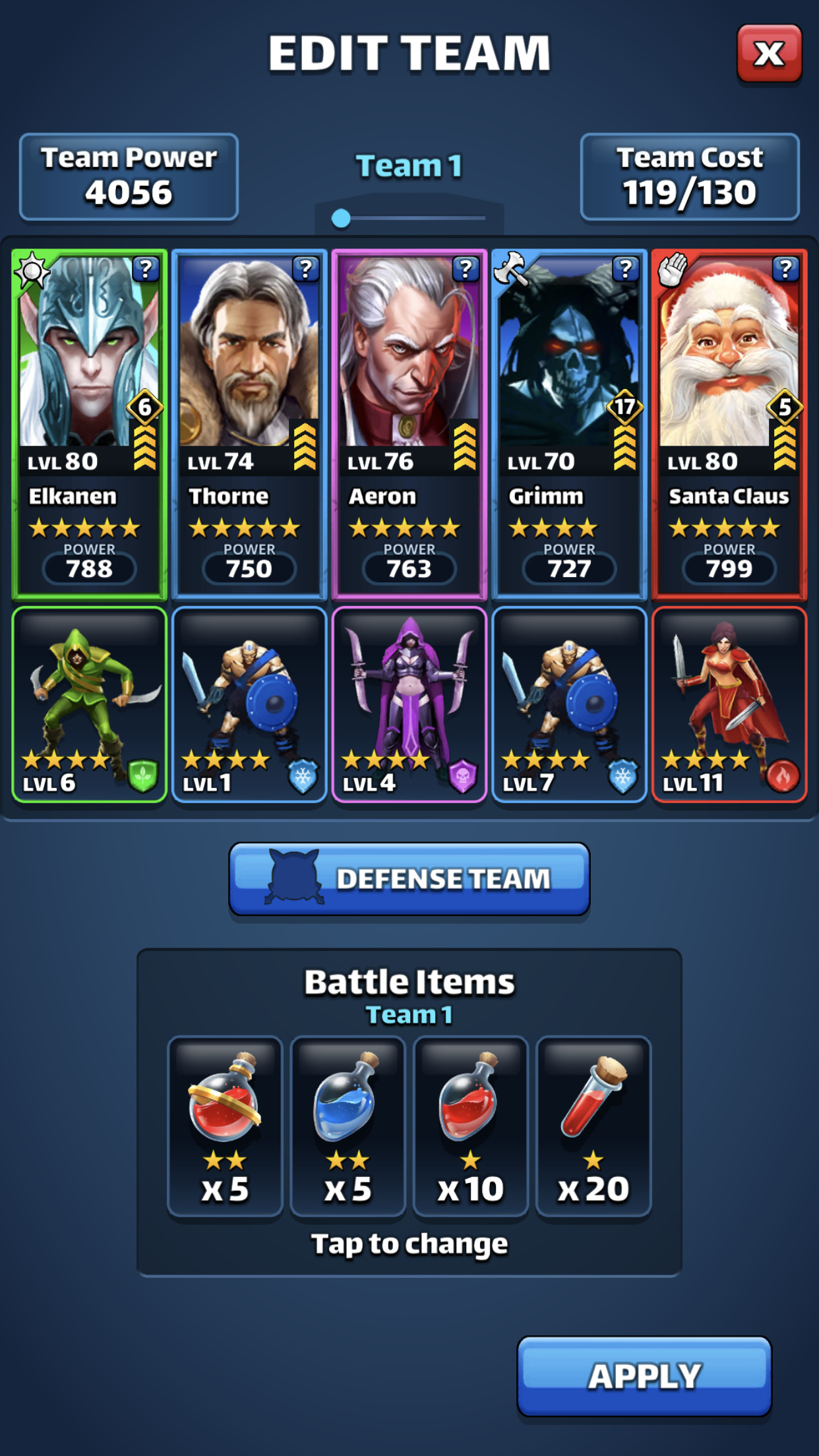 As far as I could see, none of the heroes on the opposing team had delay as a talent. Just reiterating that I am awaiting the update and that this is not just a visual bug. (Next post has the opposing team)

Hello. For some time there is a problem in the game with the loading of Mana heroes. When attempting to load its bricks, mana revers. After talks from the alliance, it turns out that not only does this problem occur to me.

This is a known problem, please see here:

I had the same problem. I noticed that when my mana was nearly full, if I had more tiles of the same color it would then do this weird go full and go back to the beginning. It would seem to have a similar effect as an odometer clocking back to zero.

SG prefers to get our money and not to fix this bug. Sorry guys this is not a visual bug, it is a game changing bug. Even Hel are jealous that this bug stole her glory.

Lmao flagging my comments prevents my freedom of speech.

I apologize to the mods in advance since this is terribly off-topic, but in my defense, it’s a personal pet peeve of mine, and OP wouldn’t get a notification if I did a PSA.

Forgive me for making assumptions, but you seem to be a). American and b). have a fundamental misunderstanding of what “freedom of speech” means in that context. This is unfortunately very common, so I’m going to say this in the hopes that you understand.

Freedom of Speech ONLY applies to people in the United States (and territories) and prevents the GOVERNMENT (or governing bodies like city and state governments) from restraining your right to say whatever you want (within reason). They cannot respond with punitive legal, police, or military action against any citizen within United States borders and territories.

This does NOT give you carte blanche to say whatever you want to anyone without consequence. This does NOT give you the right to incite panic (shouting “fire” in a theater) or incite violence. And this does NOT apply to private citizens or privately owned companies. You have no right to insult my mother and not receive my full unappreciation of your statements however that may pan out. You have no right to go into a company building and insult the CEO without getting thrown out of the building. Nobody is required to stand there and listen to you rant and hear everything you have to say just because you have freedom of speech. There is no protection from getting ostracized by a community, fired from your job from a private company, or to prevent a privately run forum from a private company in a completely different country and economic jurisdiction from performing the full legal and policy responses within their rights and agreements.

You can say what you want if you’re a US Citizen in US territories and the GOVERNMENT and governing bodies cannot respond so long as you do not incite panic or violence. That is all this protects you from. You do not and never will have the right to say what you have WITHOUT CONSEQUENCE.

The mana reduction has happened to me too yesterday and today in both Raid and AW and it didn’t just happen to 1 of my heroes but to 2 or 3 each time.
Sometimes it’s mana reduction and sometimes it no mana gain at all. And it’s getting really frustrating due to losing fights.
And seriously it’s not just visual! Even though I have noticed as other players have pointed out that the mana bar seems to being highlighted as soon as you touch the tiles.
Please please pleeeease fix this bug soon.

Same problem here… this makes three bugs,colecting food, special skill,and mana decrease…maybe there are more… who knows???
SG our money are good?!? They are not only visual errors no? Our money feels good in your pockets,if is so fix the damn errors!

Tired of this bull… Lost 3 atacks in war because of that. On titans is ridiculous how it turns bad

It affects gameplay. I lost a War attack because my opponent could gain mana and I could not.

@MD-DC thank you for such a great information.

@Nemonis as per various comments in my topic they have advised that SG already aware on it and they know that this does not affect the game play. I agree with some of you however it appears that SG is close to its systems and they know that it is the opposite. Again I don’t agree with it but I hope they fix it right sometime this month. I know this has been going on for about 3 weeks for me.

@ErikVKing agreed. But I was told that they trying to fix it at some point, hopefully this month.