What exactly is wrong:

It’s all in the video, please check links below. 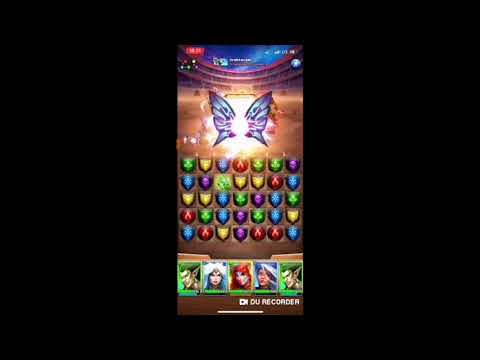 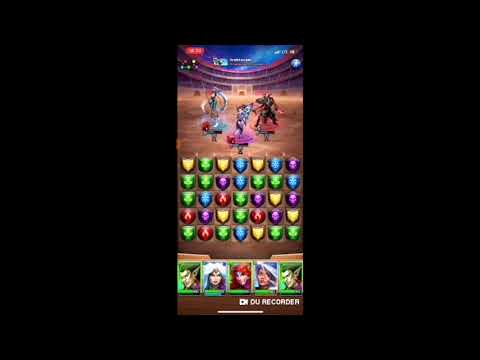 @Homaclese have you noticed this too with your triple Elradir teams? I also know you have videos that may have further documentation to help.

I noticed this happening yesterday in a couple of matches. I was not recording at the time. Will see if I can replicate.

Ghosted 3 tiles at around the 1:16 mark and three additional tiles a few seconds later. Elradir gained no mana.

It appears that if Elradir gains mana from his passive skill (gain mana from receiving an ailment) that’s not shown in his mana bar.
However it must be numerically taken care of.
So if Elradir gets its mana to 100% with his passive skill the counter is at 100% and tells the tiles “not to go into the bar”.
You can see green tiles going into Brynhild and Evelyn but not Elradir at 1:21 and 1:33.
On the other hand the bar is not full so you can’t fire the special.

That’s likely an unwanted result of the interaction of a series of code blocks needed for proper animation (tiles going into bar, hero firing when bar full) and a faulty implementation of Elradir passive skill (mana gained on mana counter but not bar).

Who do I send the invoice to?

And Bera’s minion hit Elradir twice at 0:57 but no mana gain even his mana isn’t full.

Yup, it looks like they remembered to increase the mana counter but forgot to fill the mana bar accordingly.

I have no access to Elradir so I’m wondering if this has been happening from every ailment or it is a more limited issue that goes on only under certain circumstances.

@Homaclese you got three of them, can you do some field testing?

Yup, it looks like they remembered to increase the mana counter but forgot to fill the mana bar accordingly.

I have no access to Elradir so I’m wondering if this has been happening from every ailment or it is a more limited issue that goes on only under certain circumstances.

I’m not sure if ailment from Elizabeth’s fiend or some S3 realm ailment can make Elradir fill mana bar or not. Need some one to test them.

I’ve seen this now. Had 2 elradirs at 9 tile charge and they started getting hit by bera minions which should have maxed their mana and it didn’t. Furthermore subsequent tile matches didn’t add to the mana which meant they were never able to cast their special, leading to a loss. A definite bug here

Starting from our version 31 update, we ask all players to use the in-game Support button when submitting a new support request. You can find the Support button by tapping ’ MENU’, then 'OPTIONS’ and selecting the ’ SUPPORT’ -tab. Please browse or search the support articles to find quick help on your issue. If the articles are not helpful or your issue needs personal assistance, tap ‘NO’ at the bottom of any article and you will be able to reach an agent. Further information here: We ask… 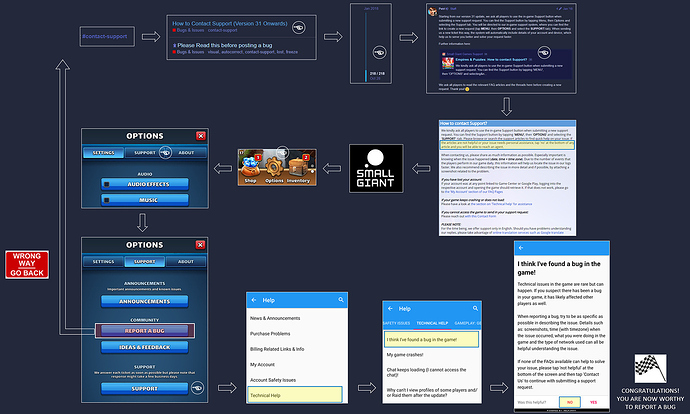 i can confirm that i have only experienced this issue with Bera. i noticed that Elradir didn’t gain his usual mana in a friendly battle i recorded with an alliance mate yesterday, but i wrote it off as me miscounting tiles.

the same thing happened today, and i confirmed what has already been shown in video. however, other ailments don’t seem to have this problem. in today’s raids, i’ve seen visual evidence of Elradir gaining mana from attack down, defense down, and mana degeneration (a la, Telluria), and Gravemaker’s burn, so i think the interaction with Bera is the only problem child so far.

10 days and not any answer from SG staff? This bug breaks Elradir completely, Bera was one of the main reasons I even ascended Elradir as I noticed how fast he could built his mana with Bera’s minions, but now its the opposite; Bera shuts down his mana gaining entirely…

As far as I know, staff is mostly on vacation now.
There’s no Beta releases for 3 weeks.

I’m sure devs will fix it

@Saanzi, maybe you have any news on this topic?
Mere confirmation that it’s a bug would be great

Ill forward it into mod chat…
Also support ticket will help if you haven’t already. (don’t send another)
Times of the attack of yah videos will help alot give as much information as possible…

Yes we are making fixes to Elradir vs minions in version 41. Apologies to Elradil owners!

And when will that be? You’re basically telling players that invested time and money in a hero to suck it up until you find the time to fix your ■■■■■■■■ “Just don’t use your heroes, we might or might not fix the issue. We don’t care for your time…”

C’mon man.
It’s a new hero and that happens in a very peculiar instance.
Errors do occur: they have already said they are working on it and offered their excuses.

This is really, really far from a global issue.

Also… He is a HOTM, meaning a bonus draw, meaning something extra.