Has anyone come across a bug where two Grimbles charge across the screen and instead of Grimble getting recharged he ends up getting zero charge?

If the poster of this wasn’t me I would probably think there is some hallucegenic at play however I managed to re-create it at least once after first observing the strange behaviour, although unfortunately I haven’t been able to re-create it again whilst recording.

I therefore don’t know the exact circumstance although it seems to happen some of the time when there are a large number of minions that he collects (3 layers) and he should be fully recharging himself. However, there must be other variables at play as I have since also managed to full recharge him this way. It seems like a very specific scenario that causes this to happen

No, please. I was planning on ascending my Grimble after maxing Malicna.

Please check on this.

I was planning on ascending my Grimble after maxing Malicna.

Please still do so! It is a rare edge case, and won’t go a long way towards undermining his awesomeness even if it never gets fixed.

Just have a look at this… he can turn any match around a full 180 degrees. For as long as Freya and Bera reign supreme he pretty much has the strongest special in the game.

That said, I do hope this can be rectified at some point…

I’ve been using him a ton since ascending him (may even give more than 1 emblem!), and haven’t seen that yet.

I don’t pay much attention to the specials on screen though.

Please replicate the so-called glitch. I want to see two Grimbles not charging and to check why.

Oh no! I love my goat fellow.

I haven’t seen the bug, probably because I rarely have the luxury of waiting for a full set of minions before I need to cast him or die horribly.

On a side note, I hate you for getting Emilio and alfrike. And you got bobo as well? So much luck you got. All I had was director zuri…

Yes, I had once before, but at that time I thought my finger accidentally tap him twice somehow, now reading this post I’m not very sure anymore.

I’ve had very good luck recently for a relatively low number of pulls… Emilio bobo eleadir alfrike lord loki hannah… all I need now is the next yellow hotm and miki from Atlantis and I should be set for a long time.

Emilio has turned out to be an absolute powerhouse and he is not maxed yet.

I badly wanted faline, for more yellow firepower so of course the game’s gonna give me zuri instead, which imo is the meh-rest hero of starfall.
Then the game is self aware to know that I expended all my scopes last month, so it decided to give me three blues this month. C Thorne, Ariel (from HA10) and russula. Russula works well with multiple copies and because I own her now, I’m obliged to get at least 2 copies of her. And now I need 24 scopes overnight…How in the world am I going to do that?

Btw grimble, still gonna tabard him. Too valuable at this meta. They probably patch him back up by next version

I use him a lot, especially against Sif + Double Summoner defenses, so I’ll keep a look out for this. I did have a 15 minion clearance in one match recently, but only 1 Grimble charged across the screen.

And now I need 24 scopes overnight…How in the world am I going to do that?

Overnight won’t happen sadly. But 24 weeks of precision alchemical transmuation could be your ticket…

give me zuri instead, which imo is the meh-rest hero of starfall.

I think a lot of people rate her quite highly. She is not a glory hero but support heroes rarely are. She is essentially an upgraded Delilah. I recently maxed and emblemed my Delilah and she is an upgrade over my C Boldtusk and she really bolsters my team, so I personally think the director is excellent

Thanks for your reports. We will investigate this here.

Overnight won’t happen sadly. But 24 weeks of precision alchemical transmuation could be your ticket…

I only transmutate extra tomes or blades. I might compromise and do some extra darts. And that will cost me gems again

I’ve been waiting on a scope and tabard for quite a while now whilst blades, tomes, darts and tonics have rained down on me, and it looks like I will have to keep waiting until the rare quests come around for these. Alfrike and Lord Loki are fun to play at 3/70 but they are both quite delicate princesses (Lord Loki more so) and it will be such a relief to not have to worry about them dying from an accidental stiff breeze. Also, Lord Loki is currently fond of stealing hard hitting specials and converting them into his own special brand of feather duster tickling, which is not optimal. It will be a whole new ball game when they grow up and become big boys and girls.

And just when you refuse to believe this game is not self aware/tapped by SG. They throw in this offer…

I was able to recreate it - essentially I very quickly double tapped the special and that triggered Grimble pre and post full charge (as there were enough minions to fully charge him) and got both Grimbles charging across the screen at the same time, and in this case got him two doses of Sif which was lethal. It seems way too easy to do accidentally and so to me it is a bug, although knowing how it happens I can probably avoid it in the future… (assuming that the press to do the special doesn’t “stick” and cause this to happen even when you don’t accidentally double press in quick succession). Perhaps some special timer could be implemented where you cannot trigger Grimble a second time unless the first special with animation has completed? 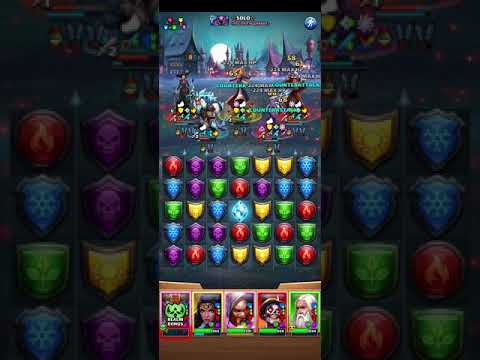 Thank you for the report. We have investigated this here and can confirm that the special is working as intended. In this case, Grimble’s mana got full from the first special and tapping him again makes him cast his special again.