I’m thinking Khagan, because he can help boost mana for the whole team in a chain reaction with olphod, and enable heroes to go over max health more often and do damage with Gulli in this arrangement. Your thoughts? 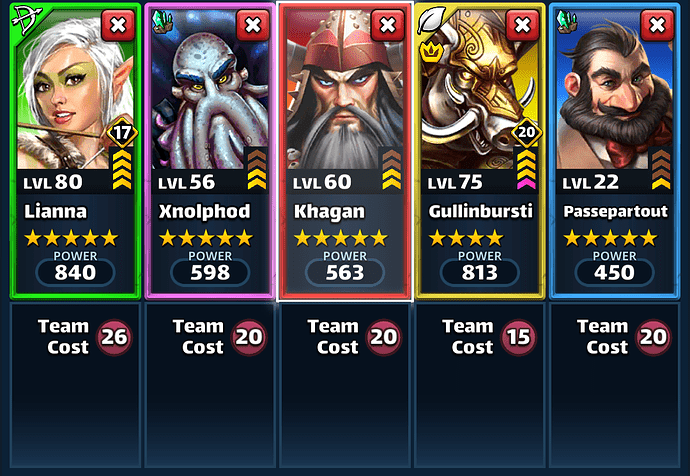 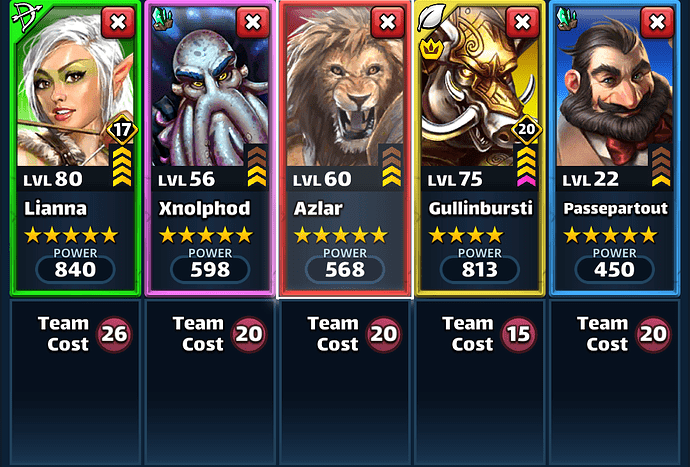 if both have no costumes i would prefer khagan, he is also usable in challenge events.

Khagan all day in that scenario. He’s still got one of the strongest hit 3 in the game and you’ll use him in the towers, events and wars (especially rush)

I have a very decent roster and still use Khagan a lot. He loves being paired with a defence down hero and a red elemental down hero if you have one. Then you’ll see the damage he can do.

Khagan for sure, you’ve already outlined the good synergy he has with the team 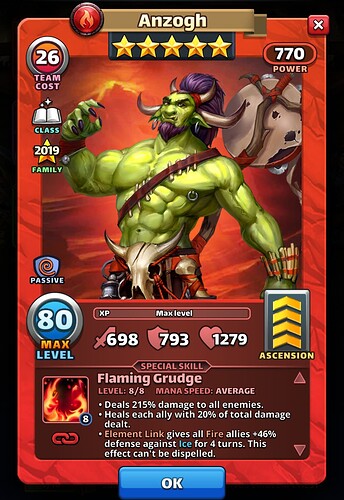 I recently received Anzogh and was wondering if he would be better than Khagan for this roster?

Seems like a fairly decent team, specially on the offence. You got lots of sustain and a snipper.
Azlar hits everyone, Khagan hits three, but they are both slow so in most battles they really don’t do much.

Anzogh however would allow the rest of your team to get some extra hp and get their effects off at an average speed.

It’s kind of a hard choice because Khagan would kind of do the same thing if he’s between Gulli and Nolph. (providing them with more mana to heal everyone.) He also provides defense; Anzogh has more overall power at 770 as apposed to 757. Khagan’s buffs being between Nolpho. and Gulli. Or even Part. is hard to overlook. He would assist in increasing health and quicker mana to everyone and provide defense. Anzogh is avg speed and hits all but wouldn’t help with mana vs Khagan who is slow but Khagan can become avg to fast with his and Nolph’s. buffs stacked. Anzogh is too weak for me to compare. However, Khagan really adds chemistry. He helps healing and mana. 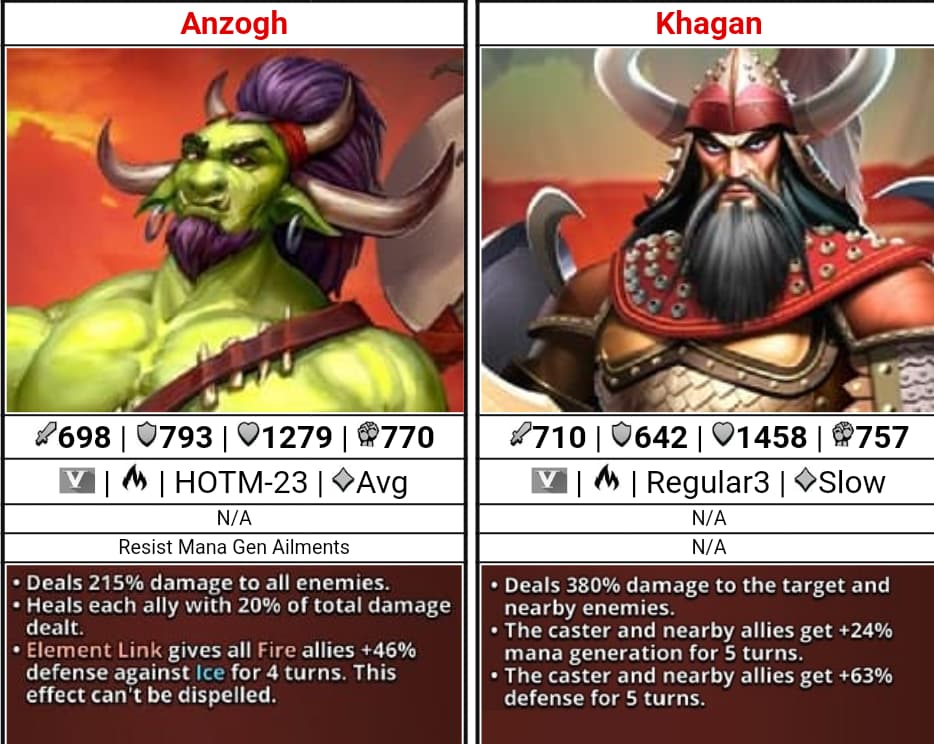