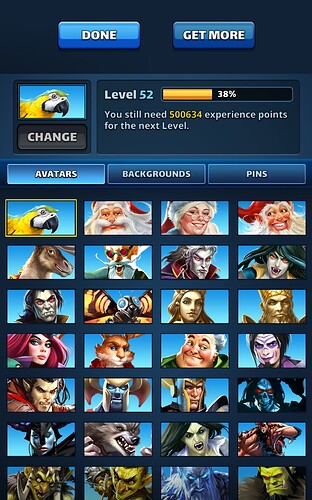 Congrats! I got my macaw too! I want that fox though for sure! I think if I see another golden macaw, I’m going to gag

Try to work on the Boss mission and the minion mission at the same time. What I’m saying is, don’t go after the Foxes until you’ve gotten both the Privateer and the Steg. Reason being is that the Foxes show up with the Kirin in 10-1. It takes about the same number of Kirin kills as it does Fox runs, so it will even out in the end and you will have gained TWO avatars.

There are a couple of other Provinces/stages that have both foxes and Kirins in them. Look around. I haven’t done an analysis on them as I’m past both and working on Gashadokuros/Kappas.

I love 9-1 hard in Season 2. Really almost the whole Province is great for Macaws…