I’m looking for the optimal setup for my Rush War defense. I’ve included some pictures of what I think are viable heroes. We are running PURPLE TANKS (Alfrike will be my tank). I normally have Santa on my rush defense but wondered if C-Viv might be a better choice? 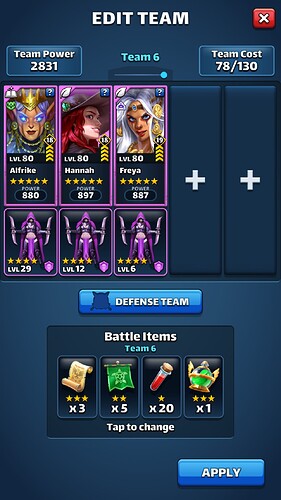 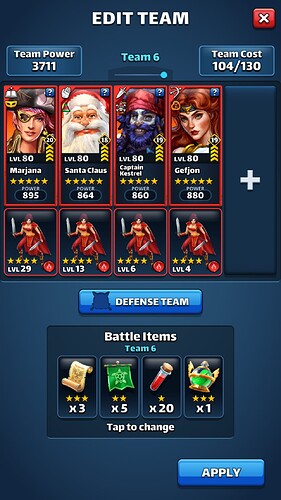 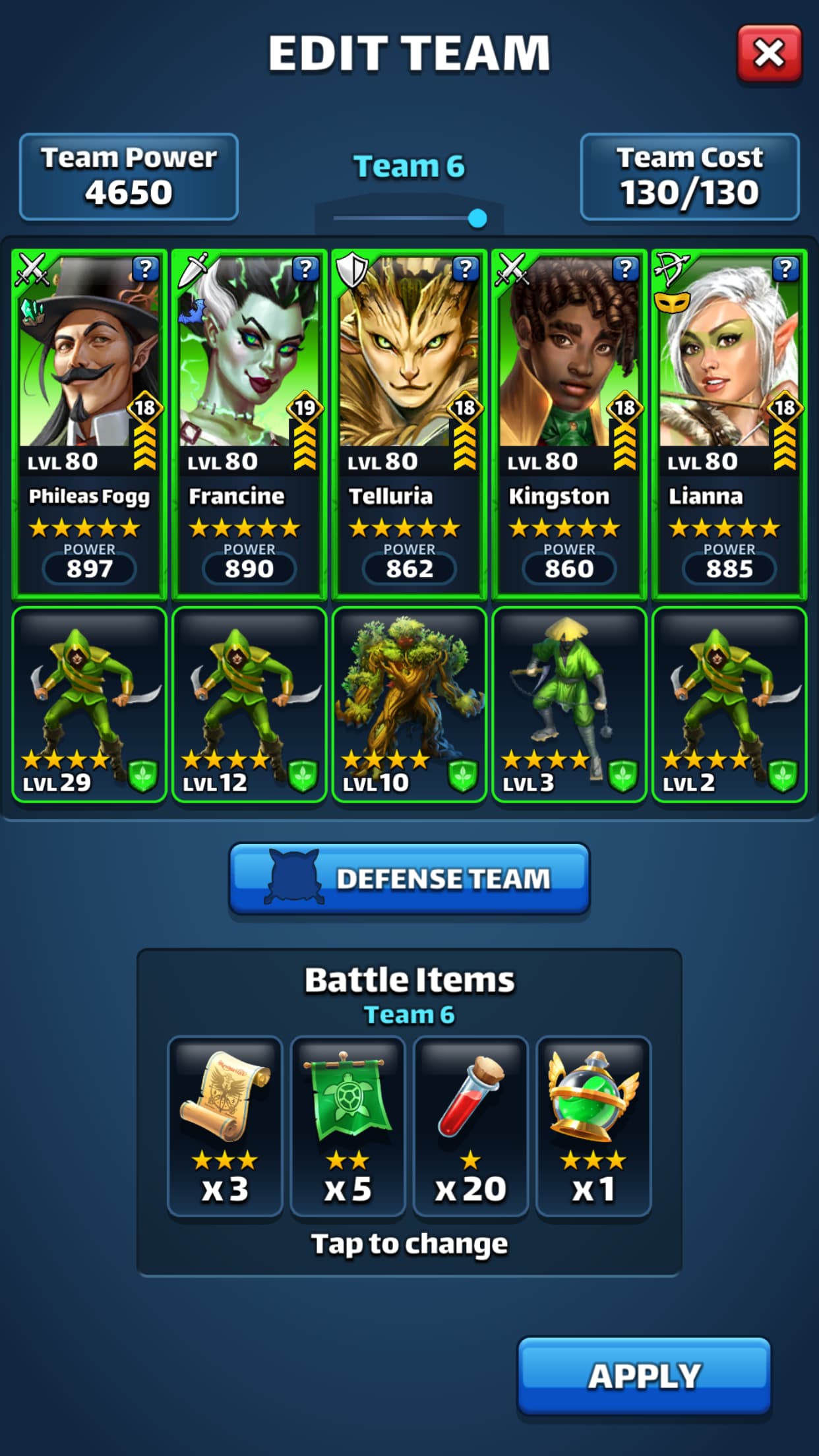 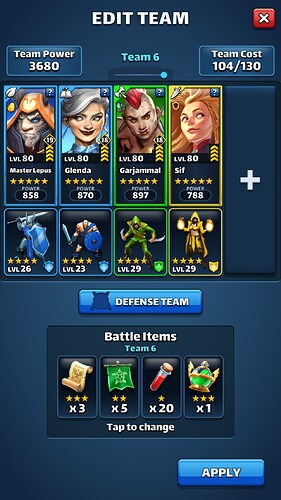 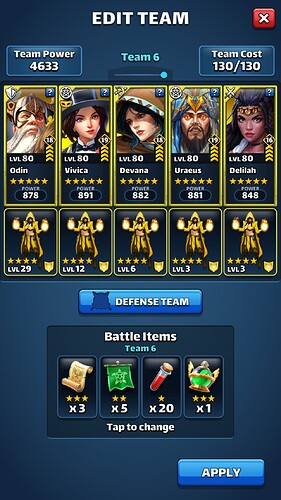 I would use both, Santa an Viv, heal with minions is annoying in vfast wars

I would probably use

If you think that this team is to defensive you can replace Santa with c.Marjana

I did consider using them both, and maybe that’s worth trying. Teams with a heavy defense require lots of fire power otherwise you can’t make any ground. With that heavy offense you often sacrifice healing and that can get sticky. So maybe that’s a good strategy. I like the idea of Francine with a Santa flank to encourage them to bring in blues, which she does extra damage to.

Alfrike is obviously a must
I like Santa for Red
My first thought for Green was Telly, but I think Francine cleanse could actually be better (also giving you some more fire power)
I like Glenda more than Lepus for Cleanse, but the power of Lepus is definitely there
Holy I can see value in a lot of those heroes.

Thanks all for the input. I did want Odin on there, but I can see C-Viv being an asset.

If you’re going to use cVivica, you might want to consider embleming her to the 20th node. 250 emblems are a lot, but with the 4% mana regeneration node and 5% from her costume she hits the 9% break point for VF, so you can put a crit troop on her which will greatly increase her def and hp.

My yellow crit troop is still at level 1. I’ve focused more on mana troops for the most part.

Morel or C-Krampus for Rush war? 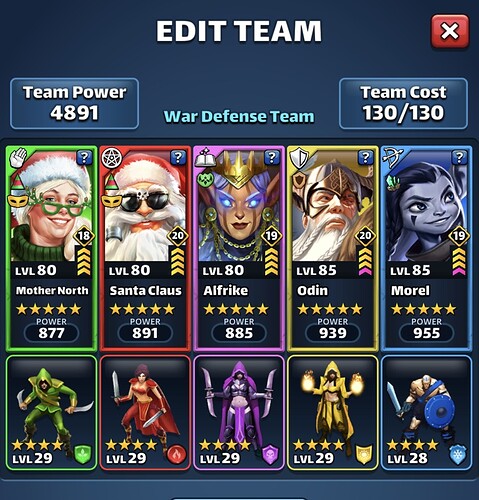 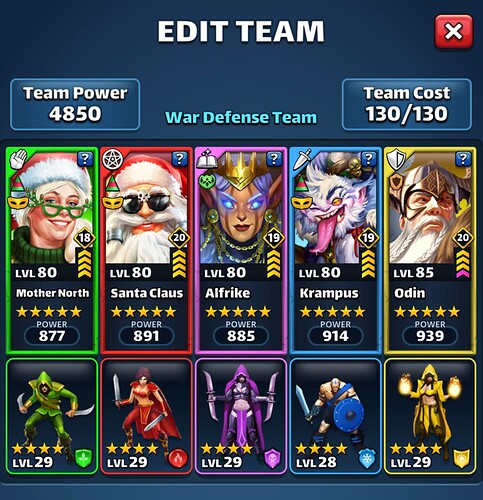 It’s been a while since I posted looking for rush war defense help. Last rush war I got 1-shotted 3 times in a row. I went MN, Anne, Alfrike, M&M, Gosek. So I’m looking to change that this go around. Here are some of my top heroes. Wondering if I should tank Alfrike or M&M? Also, do I use Kalo and MN or just stick with MN?

Any help is much appreciated! 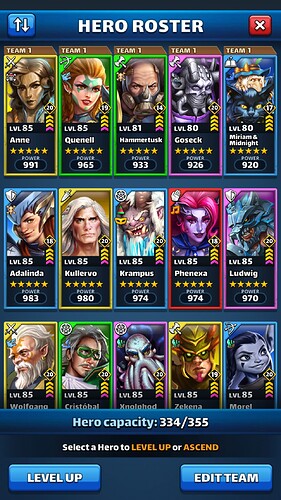 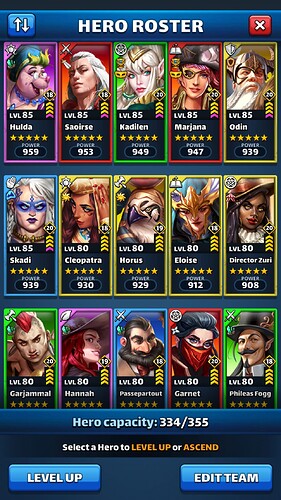 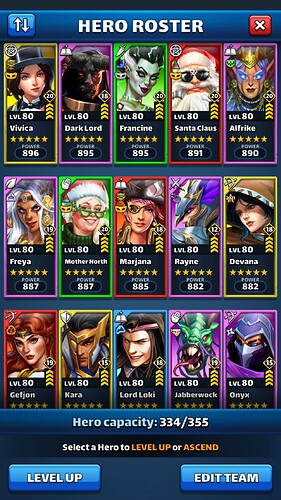 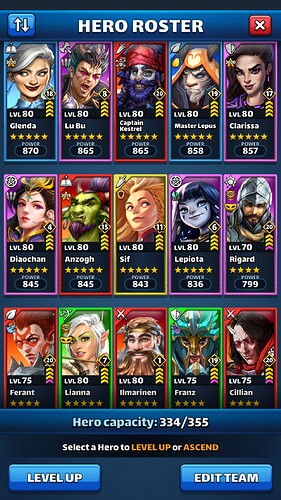 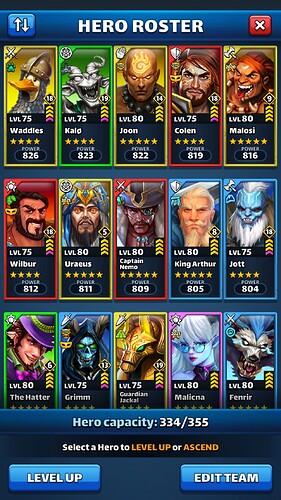 Thanks for the suggestion! I have run almost this exact setup before. Just added a number of good heroes since and wondered if Kalo/MN and Alfrike/Ludwig was the best combo.