Retiring from the 2600 grind 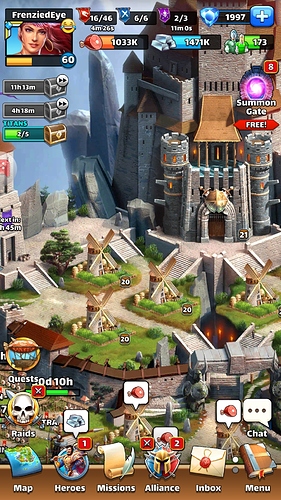 603 gems to go before September is the magic number.

I reckon I can do it.

After this ten pull I’m retiring from grinding and will take it easy.

I’m just tired of grinding for false hopes. The Aegir post-buff is probably what did my head in - saving for a ten pull doesn’t mean anything. And I can’t keep up anyway.

Seriously, I set my defence and forget. Fill my chests each morning, then again in the evening, and hover between 2550-2700. No grind. No anxiety, no worry. Just a generally good 5* defence made up of 2nd tier heroes. More than enough to keep me there. You too. I run Ares as my tank usually, and he’s not even listed in the top 10 tanks in the game atm.

I don’t worry about pulls anymore - take the EHT’s when they come, buy the really amazing offers if I can afford them when they pop up, and otherwise, just cruise control atm.

The new HOTM are more powerful than vanilla TC20 heroes.

I won’t accept the argument that you play the hand you’re dealt. Of course you do. That’s obvious. There’s no choice.

Forget raids. It’s not possible to keep up in high level War and tourneys without frequently pulling HOTM

Besides all this, I’ve forgotten what it means to have fun. I can’t choose the heroes I want without investing a truck of cash (and even that isn’t guaranteed)

You win @Halifax if you are content with what you have, but I’ve gone past that. I used to live by what you said but it really is taxing trying to save up for something that won’t likely happen

If you don’t enjoy the game, quit.

Unless you’re into self-abuse.

In which case, seek help. Or a good dom.

…also, it’s not about choosing the hero’s you want (I WANT Kage, but I have never got him) - it’s about using the heroes you have in the most creative/effective ways; finding an alliance that meets your level so that your war opponents are manageable, and letting RNG take over.

If you have Lianna, Magni, Marg, Rigard and Mush, you still have a pretty decent team and can probably run in Diamond. Shrug.

My strongest offensive team has 3 Lianna’s on it. I happen to think she’s one of the best heroes in the game. And she’s free from TC20.

I myself feel much better @ more relaxed after turning into f2p. Lower expectation and laid back approach.

Kudos for ever having the discipline to save more than 300 gems!

Do it your way; there’s enough stress in the world.

Empires is the most fun before you get Legendary training.

In BoH, whenever we got bored we would create a new account. You learn so much about the game, every restart is a chance to try different long term strategies.

Creating a new account is no fun either. You may tend to look at your old account as a benchmark.
And there is this feeling of, ‘been here doing this…’.
The best way is changing our approach / attitude towards the game. Just take it easy. Unless we’re too infatuated to be always at the top. Then, it’s another story.
Game should be fun. Something to be enjoyed during our spare time.

Empires is the most fun before you get Legendary training.

You are right @FrenziedEye, Core heroes are less competitive as day passes and who can’t get newer heroes would likely play heroes with the same status effects from 3* to 5* heroes.

And as new strong combinations and direct, limited counters would be added to premium heroes the Premiumless players would struggle fighting such strong opponents. 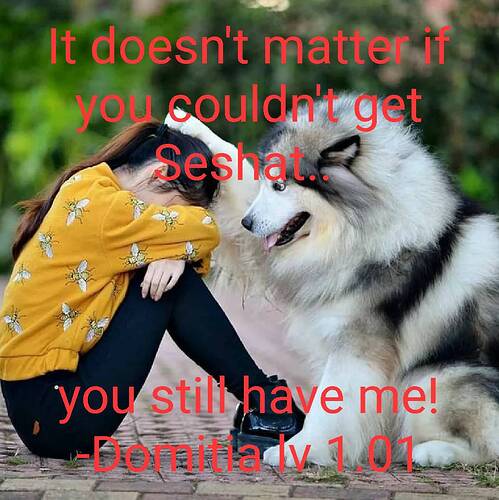 If the powercreep wouldn’t be reduced (and not just by empowering core heroes but every underperforming hero… without “possible” RNG features) there could be the need to act again on card’s team power to truly reflect a hero’s strength even by including appropriate specials’ skill power.

I feel you will rewarded this time, trust me!

I’m in the same boat as you, the grind for 2600 gems is awfully long. I’m aiming for 3000 myself in time for Atlantis in September. I think I have a chance to get there.

I’ve minimized it by using google play credit I get from answering surveys, credit which I usually spend on the challenge and atlantis offers.

My last bit save of gems I used on February which was unfortunately a bad pulling round for me. No Wonderland hero, no Kunchen

for you and me

As a now F2P I don’t hoard, because I feel that it’s more disappointing to pull a batch and get feeders than it is to just use the 300 gems/EHT when a suitable event happens. Getting one or two dawa/karil at a time is better for me than getting a fistful of them.

Some inadvertent hoarding occurred when I finished atlantis hardmode and had a fistful of coins to throw at the portal. And for whatever reason, having 7 attempts in my pocket for a few weeks (+1 during the AR event) made me more disappointed.

I know it’s more cost effective to save for the 10-pull, but nty

F2P here too, but I am also a collector, so I suppose I would hoard my gems for 10x summons. But I try to use them at different events so I could maximize my chance at heroes of different events, if you will. The last time I did a 10x pull was when I saved enough gems and did the Guardians pull, got me dupes and Guardian Jackal. Tomorrow is likely another Guardians event. I have enough gems to do another 10x summon, but I will hold off this month… As much as I wanted to get a Guardian Falcon, I just might end up getting dupes of Jackal, which I probably won’t keep (don’t keep dupes).

If it weren’t for the fact that the Devs pulled back the last Pirates for re-development, I probably could’ve likely 10x pulled Fables for chance a different set of heroes. Such is life I guess, even though I am close enough to likely be able to get 3k gems for this month’s AR, the last time I did a 10x Atlantis pull (fairly early in the S2 timeframe) didn’t have the desired results I hoped for. So I should likely be doing either a 10x pull on Avalon or the next Grimmforest.

Don’t make the game a chore, you will enjoy it much better that way.

If you don’t enjoy the game, quit.

Please don’t give me the Quit the Game card.

I’m a responsible leader of a tight knit alliance

“UTTERLY DEFEATED”… sounds pretty definitive and unfun to me.

And, I didn’t say quitting was your only choice.

I included the option of getting a good dom.

@FrenziedEye, I was P2W when I first started, of course I had no idea WTF I was doing.

I’m now very cheap to play. I’ll pay for the extra builder, maybe a few gems but I stick to my budget. I’m still Proteus and Wilburless…and I just stopped caring. I’m working with the heroes I have. I enjoy helping the new guys in my alliance, hitting the titans and I raid when I’m bored. Otherwise I use my WE farming and pop in and out. I have no illusions of ever being top dog, nor would I want to. I play for enjoyment and if it’s no longer enjoyable…I’ll walk away, at least for awhile.

I personally hope you get over this hump on the road and don’t become discouraged. Try to stop NEEDING that HotM so bad…because that’s when they pop up unexpectedly. I only do single pulls now, and somehow have many HotM (minus Seshat, because I REALLY wanted her) but I’m satisfied just working on what I have, be it 3*, 4* or 5* and what’s to be will be.

I wish you luck my friend along with peace of mind!!

I was surprised to read that that was a gems thing, not a cups thing, or even a trying to get old Atari consoles to work thing.

I figure I will have the gems I have when I have them, and will spend them when it seems right. I do admit to grinding a bit last Atlantis Rises, since I knew I would be on vacation during it, with limited chances to play, and had enough Atlantis coins that I could squeak a summon out.

I completely understand the need to not push things, and let them come to you. If you push too hard, things may not be fun.

Hi,
There’s a thing , out there called life. As fun and annoying this game can be it is only entertaining if you’re having fun.
I slowed down a little, farming, revenge are not a priority anymore, my alliance is and it doesn’t require too much time.
Single pulls are fun, you can stop any number you want, get a good hero, stop, get 2,3 feeders stop, tomorrow is another opportunity to mess up LOL

Relax and have fun.
Wolf9

PS i do enjoy your posts, so, visit the forum from time to time.

I don’t hoard gems anymore. I find ten pulls just too depressing. One or two pulls, I expect nothing and generally get nothing. If I’ve saved for months then, knowledge of mathematics notwithstanding, I’m going to have expectations. And odds are the result is going to make me want to quit playing.

Similarly with hoarding EHT. No way I’m keeping them for months and months for a slightly increased chance at Mother North. I might hang onto a couple if the current hotm doesn’t appeal, but that is about it.

I’ve found the game far more enjoyable since I made the change.