They made it not even worth leveling otherwise useless heros.

I never said that I would play it but I’ll only be doing it to help fill raid chests. But others on here have said that they wont. People are leaving the game because of issues like this. I just hope that they fix things soon.

Much ado about nothing! A temporary slash to the rewards while they reconfigure the matchmaking system. People are blowing this WAY out of proportion.

If the rewards for the first tournament were like this, and SG said they would improve once the system had been play tested and found to be satisfactory, nobody would have gave a flip.

They made it not even worth leveling otherwise useless heros.

… for this week, and maybe next. But it’s a temporary change until there’s confidence in the tournament structure.

Hope this is the case.

There seem to be a lot of upset people. I don’t know why…

If it is a short term solution, it is the best solution. They must feel that at least one week to possibly several weeks are needed to hash out the flaws.

People get to test it out… makes sure it works as intended, and if not the loot isn’t skewed as bad as it would be otherwise. Once they know it works as designed, they can change it back.

Work out the kinks so that winners truly deserve the top tier loot instead of a lottery system.

I am very happy they made this decision.

Super happy about the loot reduction until the tournament is fixed. Great call, thanks for listening SG.

My first impression of the other changes are that matchmaking will still be a significant issue, but glad to try it out and see.

All my niche heroes are on hold. No reason to buy more mats, even with the spring event calendar deals coming. The tournament isn’t worth the effort… or money.

The main takeaway point I get from this is that Beta testing wasn’t comprehensive enough to spot problems before they went live.

That worries me as unless the process is changed (and I don’t know what change that could be as I’m not part of SG) then future updates to any part of the game may be similarly affected.

The work analogies are actually great, especially with the point being made of “Do you work for free?” Answer is absolutely not, nor do I expect to be a guinea pig on a product I’ve paid for when I am not in beta as a volunteer.

Yes, but then you have an easy out, don’t participate. If the loot is as crappy as everyone says then no big deal right? Those of us who actually like to help the game and community can do that and enjoy ourselves.

Everything in this game is about luck, I’m sure you play this game long enough to know, u just have to be in the right place to receive ur luck. It’s good that NOOBS get a chance to catch up with the elders of this game.

Neither are mandatory. Last I checked there’s a ton of people who do not work.

That being said, you have fun doing SGs job for them for free. Again, paying money to be their beta testers is not a business practice I will support. Biggest flaw in the tech industry is expecting end users to be happy about being guinea pigs.

If I wanted to be a beta tester, I would apply.

Neither are mandatory. Last I checked there’s a ton of people who do not work.

Yeah, no. Work is mandatory to make money (unless you have or had a rich relative). Play isn’t mandatory for anything. If you don’t get the difference, well then there is no explaining it.

I’m happy that we all get to be in BETA for this experiment, save me applying to become one. Enjoy this tourney, we’ll have a week off after this one I am sure when new set of bugs surface, took them ages to figured out Alliance War matching, multiply similar problem by 30, it’s a new thing for this game, there are other aspect of the game that you can still enjoy, like ice cream Sunday with cherry on top, except the cherry is a bit mouldy at the moment.

Work is mandatory to make money

Anyways, point being, maybe they ought to ACTUALLY beta test it before TESTING it on the masses.

Very obvious that they did not, and pretty obvious they have not been. Reduced loot sounds like they ALREADY know the next version is broken.

Time will tell. Was looking forward to actual tournaments based on actual skill. Apparently they have relied on RNG so long they don’t know how to not.

Anyways… Done with Raid tourneys till they actually fix it. Im not a beta tester. I don’t want to be. I just want to play the game.

Pretty happy about it myself

Anyways this whole thing is at the point of amusement

Hope everyone can see the positive, you all now get free entertainment after every raid tournament by visiting the forum(or even BEFORE one in this case) 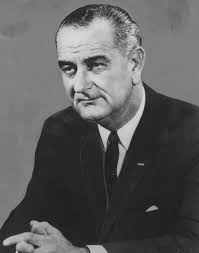 ANYWAY, I do hate to see loot reduced but as already pointed out, it was called for from many forum posters.

I’m over reduced loot. Really don’t care anymore. They proved how much they care with the debaucle of last tournament being allowed to proceed.