These are the grades that @Anchor uses for the heroes, you can find more on his official site:
https://www.anchorgamed.com/grades

Thanks, I appreciate the support! @FraVit93

As long as the link goes directly to AnchorGamed.com/grades and not just directly to the spreadsheet I’m totally cool with it and it being referenced however people want.

The only think I do not get yet is why there are 7 grades on defense?

When you are on the enphero.com website simply scroll over the 7 grades on Defense…or scroll over Offense, and a key chart pops up explaining each slot.

@QUEENDEE22, This is what I was talking about In the alliance. I find the discussion extremely interesting, and not just because some of the best players in the game are here, it’s also for @Razor’s incredible personality.

Thanks for tagging me @PapaHeavy ! I really appreciate all of your help.

CLARISSA: HOTM #36 A female Gravemaker from the dArK-sIdE… ok! I can get into that. An unfortunate -25% DOT Burn deduction prior to her release isn’t really deductible…

right? [FIRST_LOOK_RAZOR_HOTM-36_Dark_Clarissa_2020-05-01] Hope she turns out to be who she could be… for all of us that have been unable to get our hands on a Fire Breathing GM! Be well & Enjoy your weekend! -=RaZ=- @Stargasm @nevarmaor @Sarah2 @SupremeAlienRaptor @General_Confusion @Yayo @Ebonest @Star…

It was a decent run @Razor, 2 HotM, 2 Kages. Also some other crazy things you know. But yet no GM?? I know he wants this Raw T-bone steak!! He hates raw meat !!! 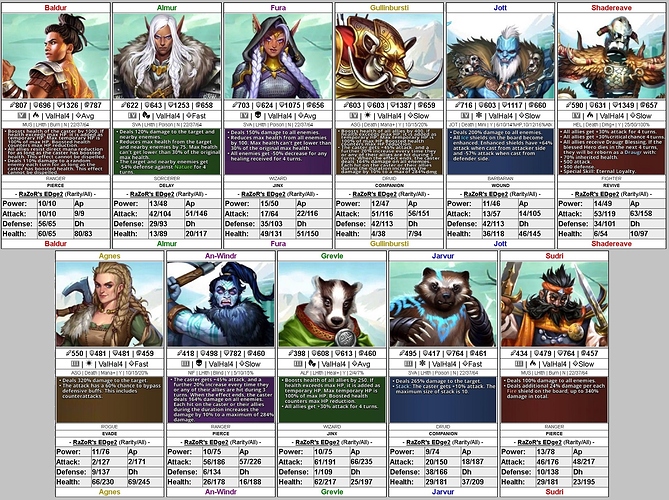 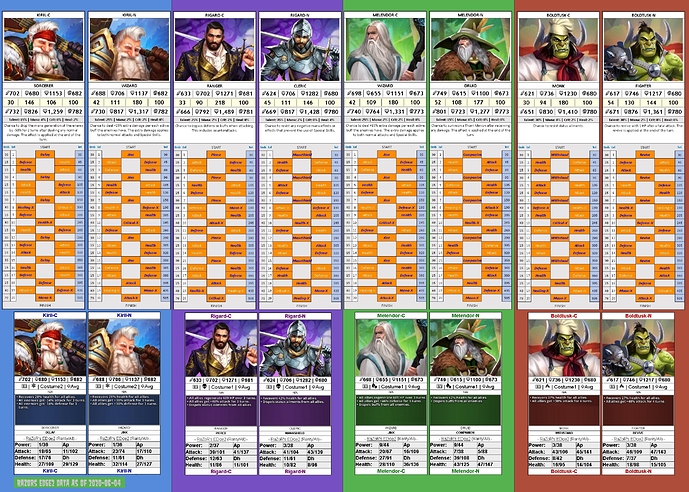 Always taking path of Defense first, Health (HP) second - nice to have a hitter but not what I use them for…

Thanks @Razor, exceptional work as always

Agreed. Passive healers should definitely go Defense/Health on the grid! 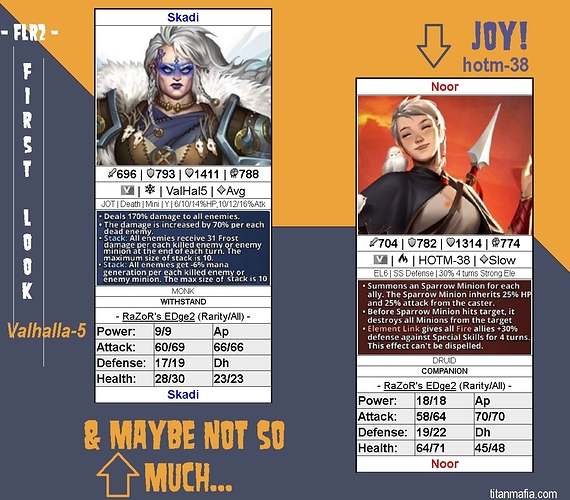 See ROC of the SAND EMPIRE below… @ Class Node Bom(b)

ARE YOU READY TO ROC! Look what the Storm brought in… [FIRST_LOOK_RAZORS-EDGE2_ROC_SAND-EMPIRE_2020-07-01] Roc looks Solid! - RaZoR @nevarmaor (you got a visual lift - almost didn’t recognize you ha ha), @Ber (I maxed my Jott but haven’t been really excited with him - need to find his niche - still haven’t put him into my Nature Titan Team, keep forgetting - what about you?), @Sarah2, @Starryeyedgryph (STARRRY!), @Guvnor (seems like we haven’t talked in some time Gov!), @JonahTheBard …

Dear @Razor,
I love your tool but found that some heroes have not been updated after the multiple balancing that was done.

As example, Crystalis is still showing 150% damage to all, lower corrosive frosth and lower attack down. 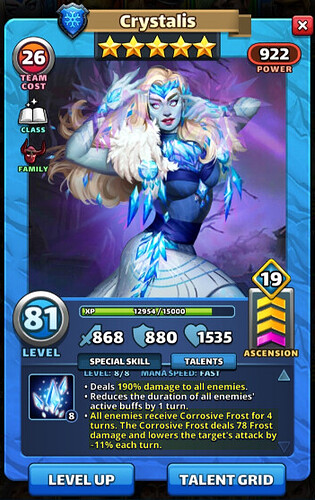 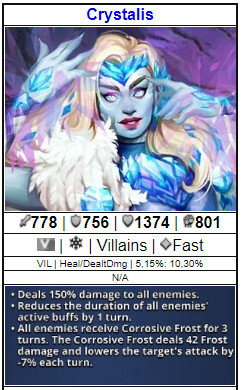 I would also re-rate her after the buffs; she is basically doing the same as Morel, but with atk down instead of def down. And on top, she does a lot of corrosive damage and reduces the buff duration, which sometimes makes her basically a de-buffer.

As far as I remember Razor finished his journey with E&P a few months ago.

ah, didn’t know… Nobody took over?
Telly and RaZoR stopped and the Goat (@Oggiez) is also inactive. Any other sources for gradings? Anchor is not so detailed and accurate, I think.

The last update was at the end of the year! @Razor made a brief appearance on his Line group chat, but I haven’t heard of him making another appearance since. Hopefully, someone will pick it up and update the hero data in the near future. I really miss using the tool!

It looks like the Hero Utility data will be updated this month! 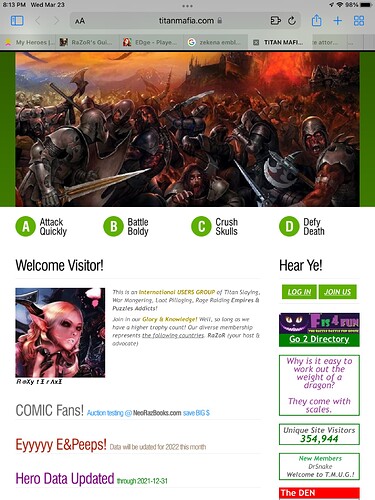 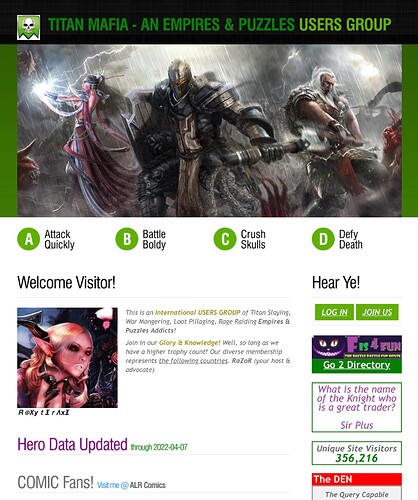