How would you rank Justice, Aegir and Yunan in terms of their tank abilities and why? Who’s the safest bet?

Thank you kindly for your opinion!

Justice is OK but with so many hard hitting dark heroes right now she’s not exactly fantastic. Also being slow doesn’t help.

Yunan is a great hero but again a slow one and green tanks are not the best - again because of so many good red heroes.

Aegir is one of the most common tanks in the best teams (probably Guin over him) and for me the safest bet of the options you showed.

I dont really like any of them. Do you have other options?

I would have said the same order… but check this out. 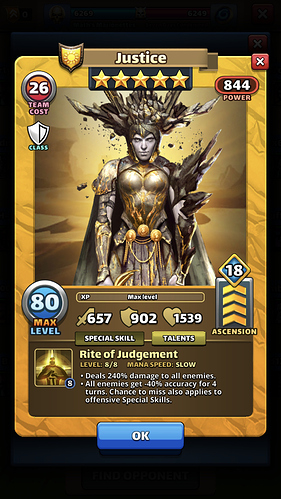 And she probly has a costume in the works…

Yunan is good tank but his color blows

Aegir is also a good tank but takes a good lineup to really shine and again his color blows plus we have more dispellers in the game than cleansers. I like aegir on offense more than i do defense.

Costumes are a game changer for sure. Waiting on seeing those before I use darts myself. 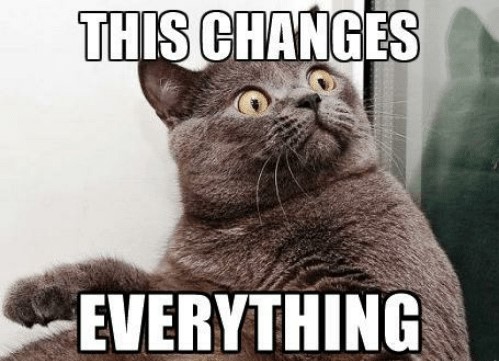 I do have a f*ckload of paladin emblems… 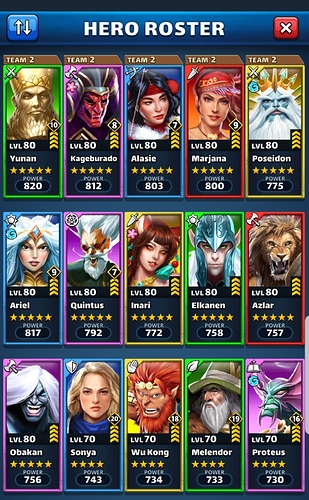 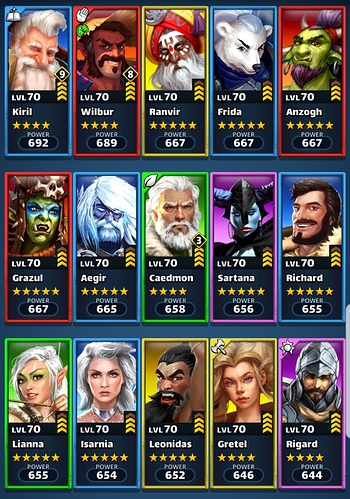 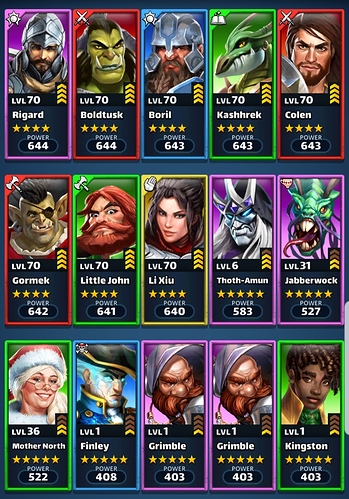 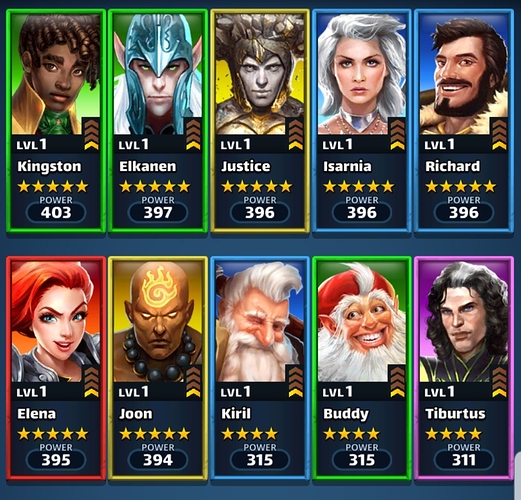 Yunan holds me at 2600, granted surrounded by fast hitters. He’s my lifetime tank unless I get Aegir or Guinevere, and even then I would use him depending on how I wanted to arrange my defense. Everyone told me not to level him because there are too many red hitters but based on results, everyone was wrong. There are answers to every tank out there. Guins and Aegirs fill up my raid chest every day because of my team composition.

Aegir is a good tank too. The game has changed since Justice was on top and while there is some evidence the devs are trying to slow it down with some of the new event heroes, slow heroes now have to bring something special to the table. For me, Justice doesn’t have that.

Can I ask what the rest of your defense looks like? I’ve been using Yunan for some time now and the results are good but not great, I guess, even though I have fast hitters all around him: 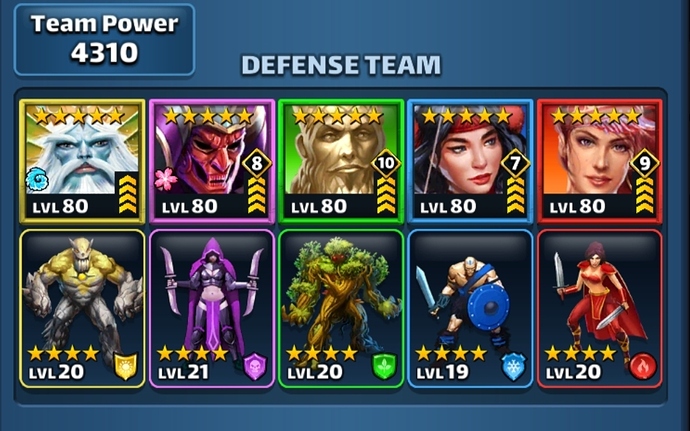 Ill leave that to the big guns.

I just split my emblems between Cyprian and Sonya like a dumb person because I was set in my decision lol. Oh well, reset buttons will appear…

Do you have joon’s costume? Here’s this… 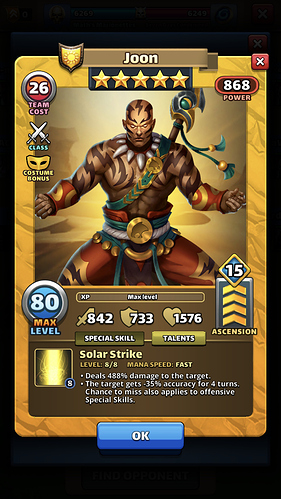 I don’t but even if I did I’m not sure I would level the costume. I am very anti-costumes mechanic lol. Also the only Costume I found was actually worth it was Sonya because cleansers are so rare.

Everyone else was just a slight trade-off in their buffs/debuffs, not worth the leveling imo

I don’t think they were wrong necessarily. If you guys don’t run green tanks in war, then I’d have to agree with your peers.

But just my 2 cents

Joon is a good choice

I don’t think they were wrong necessarily. If you guys don’t run green tanks in war, then I’d have to agree with your peers.

Green tanks in war sounds unlikely – Yunan is the only good green tank I encounter somewhat frequently, and it would be an unusual alliance where most members can field a Yunan, LotL (she can be a good tank, right?), or other good green tank (is there any?), and still don’t have better options in other colours.

But for raids, I imagine most players would be glad to have a Yunan. Many of the hard-hitting reds are just as slow …

Personally, I would prefer to NOT fight Yunan at tank. That is because I don’t have a good red stack for high emblem teams.

Aegir is easy because I have so many dispel heroes that are fast.

Justice is slow and easily dispatched with a cleanse.

I suggest trying each at tank and keeping track of your trophies. That is how I decided NOT to use justice as my tank, even tho many people suggest that I do.

All 3 are very strong. If I ranked them, it would be Yunan > Justice > Aegir. However, I would probably go Aegir.