Appears the scoring is off again in this tournament

Is there a current post about it. I looked it up and only saw topics that were allready addressed months ago.

Thought you had posted in general discussion. Nvm

I was hoping someone else had already posted about it.

It was posted about in this week’s Raid Tournament thread. I gave the Small Giant Staff a heads up a few hours ago, so they can address it when they return to the office tomorrow.

Oops I forgot about that thread. TY

Also I have problem with tournament rank. By points I have to be in top 100 but I’m far from it. 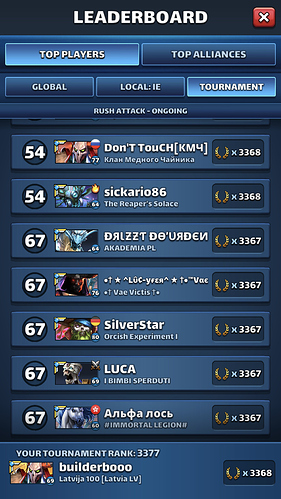 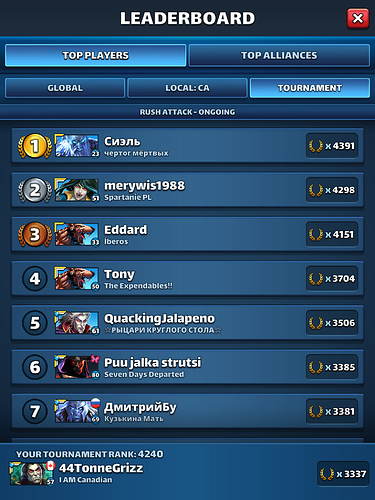 image1536×2048 804 KB
How is this possible by weak defence teams and low level players? (upload://qPLJrBCb1S4tPOqo4qlwQ05NJgj.jpeg) 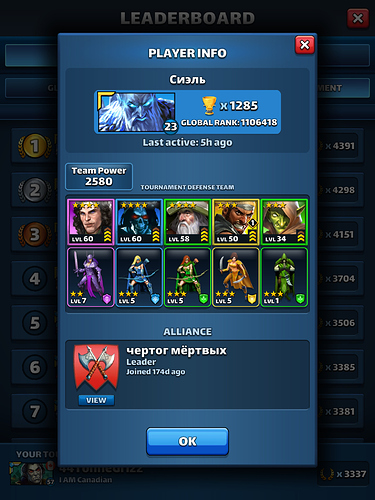 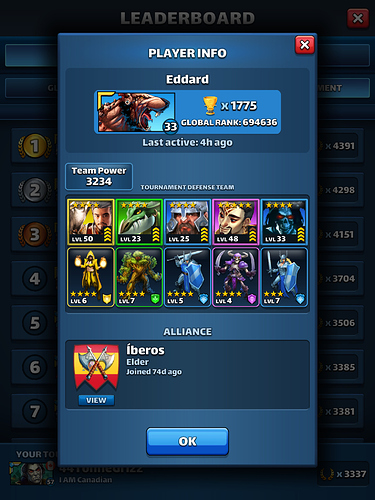 You are paired against similarly-powered opponents. If you do well you are high up the leaderboard. That’s the beauty of the tournaments in that it lets players who would normally not have a hope actually do well.

Scores 1000pts above of what you can possibly get are a bug, and it isn’t the first time that happened, there were cases when SG adjusted scores like that.

Thank you for the reports, we’ll investigate this here!

It is a bug. I just had a match with a player that had a a healer, and I know the rules of the tournament is that healing has no effect, but he healed like crazy. I mean all my damage was 0, compared to his almost full healing at every 2 turns. And it wasn’t the only one. I lost 3 times because of this bug and got out of the tournament.

Did you read tournament rules carefully? No reds + all heroes are very fast. Nothing else. 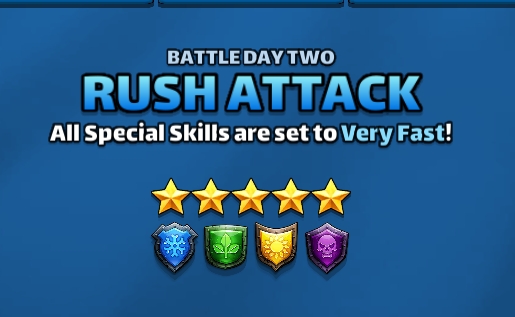 4391 points before first day is over is a bug for sure.

Healing is working, not supposed to be! 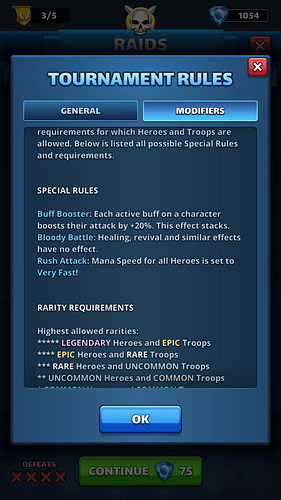 Healing is working, not supposed to be!

You’re looking at the list of all possible Special Rules. Only one of the three is in effect – this time it is rush attack, where all heroes have Very Fast mana speed.

Healing is supposed to work – this week.