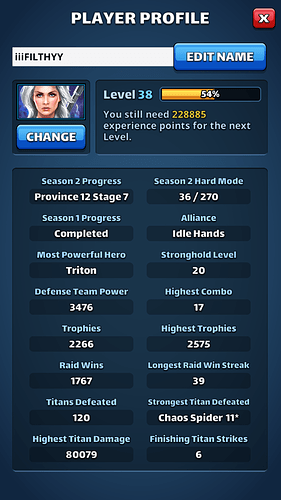 I think I got the trophy for raid wins at least

How long have you been playing? 16k raids level 75

It was againts green titan. I use BT-Wilbur-Falcon-GM-Wukong.

Started playing June of 2017. I used to set alarms for all flags…I stopped for raids a couple months ago.

The 80k score I got was green titan as well with similar lineup but it was Scarlett instead of gravemaker. Best board I’ve ever seen. I want one of THOSE though lol

Almost 18 months playing very impressive, have you ever feel bored at all ?

That 150k is one of a lifetime lol. Very very lucky with 23 combos with a lot of red puzzles while all buffs and debuffs are on.

My second highest was around 90-100k. This is achievable sometimes twice a week or so.

I have gotten frustrated at times and I can think of a couple times where I seriously just wanted to find something else to play. Mainly because of disappointment with summons, chests, or titan loot. I can’t say that I’ve been bored. The best thing about the game is finding an alliance and meeting people. I enjoy the competition too. Wars was a fun addition for me.

Same as what I am experiencing right now esp the summons part lol. What’s the point of introducing new heroes but the chance to get them is very slim even if you spent a lot of money. Very frustated.
At least they need to introduce new content, have been bored lately. 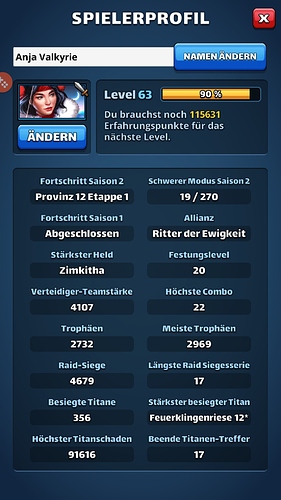 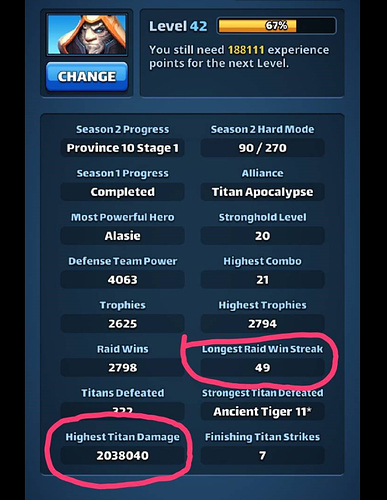 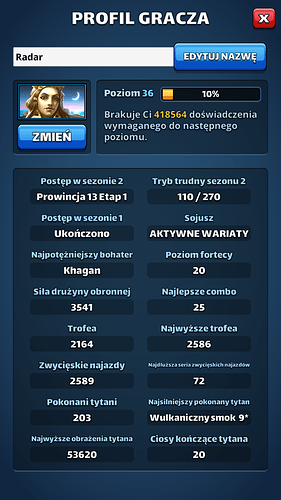 I think that was the time there was a bug with the rare fire titan which we can do a million damage. CMIIW.

Bingo! And his stats are screwed forever!

Yes that is the source of the bug there ancient tiger11* , dev should have removed all the million damage due to the bug. 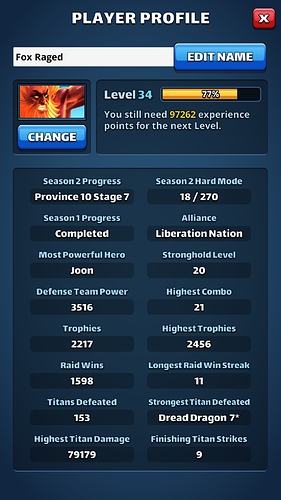