People are so overreacting.

You could already pair Anton with e.g. Onyx and Killhare and obliterate an entire team in 9 tiles.

C Guardian Panther makes it more efficient because you now have the elemental defense down to all and 280% to all combined into one. But it doesn’t fundamentally add something that was previously impossible.

There are already mono purple attack teams consisting of Khonshu, C Kageburado, and others who will destroy your entire team in just 6 tiles. Don’t believe me? Watch The most INTENSE team I have ever built!!!!—Empires and Puzzles Books - YouTube.

So on offense, she is just a good hero. But she doesn’t change the landscape.

On defense, lol, she is a joke. Low defense, and not the talents you want in a defensive hero. You want a strong defense? Go use the S5 heroes. Their passives and family bonus alone will make your opponent scream in frustration. Panther has no passives, and her family bonus is not only terrible but doesn’t even work if you only have 1 hero.

Finally… have a look at the beta beat for the heroes that are upcoming. You’ll forget all about C Panther soon enough, just like everyone’s already forgotten about previous so-called “overpowered” heroes like Ludwig, C Finley, and others.

People are so overreacting.

This hero makes C. Lepus look like a joke and he was literally only just released a few months ago.

Pair him with any other purple AOE hero that activates in 9 tiles and you will win with just those two heroes. Guess I’ll just retire all my other heroes and raid with e.g. C Panther and Killhare to make some videos showing how ridiculous this is?

Not sure I’d spend a dime on this portal as such ridiculous imbalance could very well result in… a nerf.

To be perfectly clear, I don’t want her to be nerfed. I just find hysterical that you claimed she was completely broken a week ago, but now that you pulled her, she’s just ok on offense and “a joke” on defense.

I particularly love your complete 180 on the c Lepus comparison. 7 days ago, she made him look like a joke, now they’re basically the same. Just perfect.

Come on, have some dignity please.

Thanks for the stalking! I hope you wasted a lot of time.

Once I started considering the (complete lack of) passives/family bonus and Panther’s actual usability. I realized she’s really not OP. She won’t be in any defensive team, has no family or passive bonuses, and doesn’t offer anything that existing heroes don’t already. So she’s not OP, despite seeming so right upon release.

BTW, I have C Alasie, the entire X-mas family, C Panther, and pretty much every other hero in the game. Unlike you however, I have an actual interest in balance. Hence why the X-mas heroes needed to be nerfed (the majority of top-100 defenses consisted of the same X-mas team) and why C Alasie needs a nerf (when top alliances use two copies of C Alasie in all 30 war teams, you know something’s broken). Keep pretending it’s for other reasons though… nice try.

Very rare Offence heroes can be godlike for all I care.

What happens after 10 more godlike offense heroes are released?

I already have a purple team that is death in 6 tiles.

Shall we go for 3 tiles?

Thanks for the stalking! I hope you wasted a lot of time.

Nope, sorry to disappoint. It took about 2 seconds. When someone has a full blown argument about how incredibly OP a hero is, and says the exact opposite as soon as they pull said hero, it is a fairly striking and easy to remember.

Frauds tend to scream stalking when they get exposed. I don’t know if you can relate, but sure, having a functioning memory is stalking if it makes you feel better.

Once I started considering the (complete lack of) passives/family bonus and Panther’s actual usability. I realized she’s really not OP.

I have an actual interest in balance

I want to believe you. I truly do. But I can’t. Sorry, I hope you understand. This whole “from utterly broken to joke of a hero because passives and family bonus” story is a bit far-fetched.

And there you go again… Why did I have to mention c Alasie? Sorry everybody, that’s on me. I should’ve seen it coming.

SG has already set a horrible trend of nerfing heroes…
Not a surprise, that more and more players now expect it…
Hope SG would enjoy reading the thread… /s

Next step, make a V.Fast hit-all 250% and some other stuff too, maybe cast fiend that slows mana by 30%

Then make a fast summoner that has Mad Hatter minions. Oh… uh… uh, …ok!
instead make a QoH costume that summons cards to all allies. This will be so fun because heroes like Grimble will only kill one ally’s card, with 4 left to go.

Next make a Fast defense hero that has 1300 base def, 6 turns undispellable taunt and cast wonderful feast for 6 turns.

Next nerf that hero. Because metrics. And it’s defensive.

Next make a v.fast hero that does 330% damage all and reduces all enemy mana by 20%

Make sure to feverishly support all of that and never ask them to slow down.

Ffs then eveyone gets mad when nerfs happen… You all ask for em!! These nerf threads are getting ridiculous. I said it before and I’ll say it again I think everybody needs one good "Nerf " then they’ll stop making these threads and be in a better mood

this is the normal power level now

wait till you see the new styx heroes

the 2 already released are more powerful at charge 2 and no one bats an eye because they are too uncommon. should they be nerfed too along with the other styx? No

we need heroes like quintus to be buffed instead.

Few years ago when I joined, I’d have found this laughable… (not you… just the fact that SG might do such things)

Now - My god… feels like you must be working with SG

All of them now seem very plausible to me…

Haha!
Decisions decisions
Nerf 2? Or buff 300?
The latter will never happen because…
that would eat into creep profits.

@gingerhuny ;p
It’s definitely comedy
And these days… it writes itself!

nerf 2? really? have you seen the nerf topics? any hero who shines or is common on defences gets a thread when they don’t need nerfs at all

xnolphod, ludwig, alfrike, goseck, panther c, haluda… and that’s purple only, other colours have similar things
and alot of them settle down after players releasing they aren’t as powerful, move on or something else comes up.

Buff list won’t be much if simple things are applied.
“buff 300” is an exaggeration but can be easily done with simple number adjustments in stats or special skill or even speed. it is not as difficult as it seems and with much better overall impact on the game

Do you know what the solution will be?

Put a costume on top of the costume 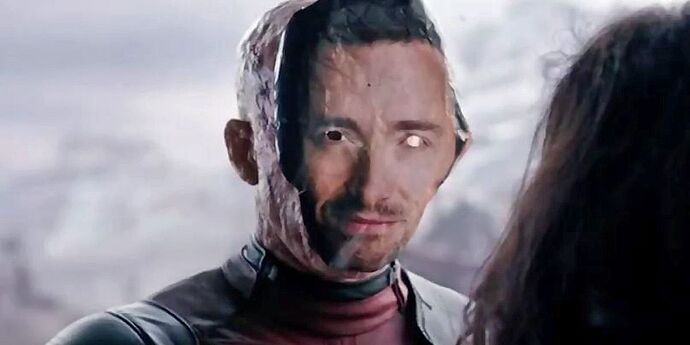 But supporting a responsible pace is preposterous.
These are offense heroes! Let them be…
Godlike…

it won’t if we as players push for buffs and proper balance for excessively weak heroes. i see more focus on nerfs over buffs

atomos, kong, inari, Thoth-amun and few others all got good buffs and they were one of the common heroes to be buffed. it was long time ago and believe we can get more again

they went from garbage to usable. we can push for more relevant buffs. now quintus is more brought up and believe he will get something. at least a speed boost. who knows

Good luck asking for buffs!
Someone will be very insulted, and make endless campaigns to fight any buffs.

isn’t my position
It’s my observation…

You with your nerfing campagne will destroy this Game

I’ve said it before, I’ll say it again…
Anyone who thinks players could and would destroy this game…
Well… SG is not that naive?

Seriously, they are fully capable of destroying the game by themselves…
They don’t need players (paying or ftp) to help with it…

PS - We all just have an illusion, that our voices, one way or other, are heard by SG…
This forum, once again proves, that its best use is to let players blame each other, while SG rakes in all the money, just like they planned (and without any help from us)

I’m not sure why you’re directing this at me. I’ve stated very clearly at least twice that I’m opposed to a nerf.

On defense she’s not that great and dies too easily.

She is fielding better defensive stats than 4 of my defensive heroes and they maintain 2600 cups on average.

The point of his post was to try to get SG to nerf Costumed Panther before release. Now that he card is released his whole post should be taken down.