I like this event, but then I was already a mild fan of the Kalevala epic. I can also use my EHT’s and I feel that the heroes are largely balanced, so no fear of them being nerfed like Kalo or the Christmas clan.

Like any portal there are ideal heroes and less-than ones. The artwork is generally true to the epic and true to antiquated suomalainen dress, so I can understand a lot of people being underwhelmed by it.

I agree though, we have so many new heroes that it has become ridiculous. Despite raiding in mid to high Diamond a lot, I rarely see most of these newer heroes on anyone’s team.

I’ll take a new seasonal event every 28 days.
If you want to play you can, if you not don’t.
Better use for EHT.

I hate that this event restricts hero usage like the monthly challenges. Whenever I play seasonal stages, for example for easy, I will always build a new 1:1 5 star heroes to match the difficulty. Same with medium and hard stages. So now I can’t play the event my way
I understand why they do this, it’s so that people don’t breeze through the easy stages with their 5k tp teams. Or they ignore the easy stages and only focus on hard. But for people like me who do match the difficulty of the stages, it’s honestly irritating.

The beta info shows a telescope at the end.

But lately… I’ve been pulling event 5*… So amount of pulls, just better luck.

Is this new Quest based on Finnish mythology? 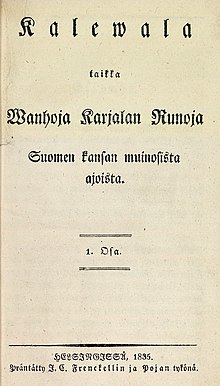 The Kalevala (Finnish: Kalevala, IPA: [ˈkɑleʋɑlɑ]) is a 19th-century work of epic poetry compiled by Elias Lönnrot from Karelian and Finnish oral folklore and mythology, telling an epic story about the Creation of the Earth, describing the controversies and retaliatory voyages between the peoples of the land of Kalevala called Väinölä and the land of Pohjola and their various protagonists and antagonists, as well as the construction and robbery of the epic mythical wealth-making machine Sampo.

Even Polish mythology only became famous thanks to The Witcher novels made back in the 1990s.

I like the event, but i am getting new hero fatigue

Now that I think about it, I think what you said perfectly describes my problem with this new Quest. I have been trying for the past year or two to get Small Giant to make better and newer uses for the obsolete season 1 Heroes and instead keeps pumping out newer and newer Heroes.

I said good giveaway not dead giveaway, the artwork is so similar to Valhalla it’s obvious to me, but I’m not going to back and forth with you

Rings of Power are given out at the end of the quest that involves the Mount Doom that a dragon is starting to start up.

Yes but we were talking about the extended events, Halloween, Xmas, Easter and summer

Firstly, I don’t find anything wrong with the current seasonal event.

About the point of SG trying to make S1 heroes relevant = that is again not true.

I have said earlier and repeat that this change in the format is fun and should be applied to other 3 active Seasonal events too.

This is a game and SG is doing their thing, which might not make 100% of player base excited, all the time….
but
if one hs chosen to associate with this game, in whatever way, then it is equally a player’s responsibility too…. To find ways within the game offering to make it fun for him / her.

I mean now I’m not that bothered about saving tokens for Easter, Summer or Halloween due to having the heroes that matter or they are rubbish (looking at you summer) so at least I’m now not saving gold disks for a year for Xmas where I only need Krampus and Pengi.

So another place for Gold tokens I just earn from gameplay is fine by me.

I now only use my troop coins for Ninja summons.

Not the magic troops?

I am compelled to read hero cards in the middle of a raid / war… while playing the game…
Coz
There are so many of them… it is difficult to remember.

Not yet.
The things they provide to the hero look and feel like a rip off of the hypothetical Atlantean troops that I suggested to small giant a year prior to their creation.

I was thrilled when a Kalevala event was announced, as it’s a wonderful set of stories and gets little recognition. Heroes that are especially potential against their opposite color also appeal to me.

I’m saving my EHTs for a run at Francine, but if I get her I’ll start saving them all for this event instead.

Aren’t all of her powers a direct copy and paste from the daughter of Poseidon?

Is this new Quest based on Finnish mythology?

Maybe… They are telling you to take the hint… Especially since they did do costumes… And put costumes in the hero academy. You won the argument… You just want more.