We now have 2 spots open. 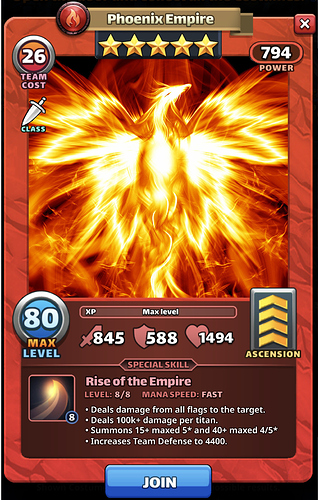 one spot left. Who wants to be a Phoenix. Lineid sanjoe2019 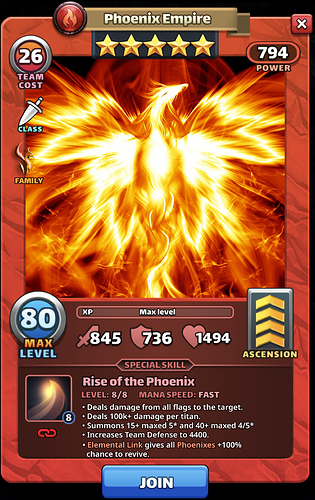 One spot left. We need a Titan Slaying, 6 one shot war machine team. Come to the Phoenix Empire and let’s build to a top 50 alliance!

We have one member leaving due to the level of competition we are playing at. We have killed 16 straight 14* titans and the only one that passed was when the server crashed. We want another heavy hitter to get us back in the top 100. (140 right now) We either want a player who has outgrown their current alliance or someone who wants to be top player in our alliance versus just another player in theirs. Come join Phoenix Empire. LineID sanjoe2019

we will have 1 spot open after way. Hit me up on line sanjoe2019

We are full but the Wait list is open. If you have any interest in our alliance hit me up on line at sanjoe2019 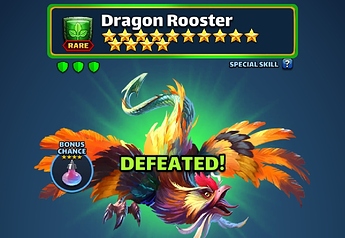 It’s raining TONICS in the Phoenix Empire.
Apply now, meet the group and collect your loot!!

Hi… is the inability to use line a deal breaker? No issue with discord or other apps

Hey @Homaclese, thanks for the interest!

There is certainly a preference to using Line as there’s an extensive network of chat groups between Phoenix Empire and the other Phoenix Family alliances where we all pool together and share resources.

I’ll have a chat with the others and see if there are other communication options readily available. 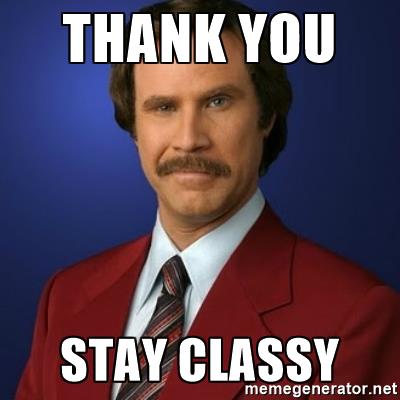 Working on getting someone operational on discord.
You’ve got my vote of confidence, sadly we actually have a waitlist at the moment.
As things get hashed out we will be able to contact via here.

Also, for any other interested parties that may not quite meet our requirements, we have a few alliances in our “Family” so there’s spots for all levels of players and plenty of room for growth and positive player movement.
Competitive, yet drama-free, the Phoenix family may have a spot for you!

I had to take a bit of a break from competitive alliances because of RL stuff that put me at risk at not meeting all of my alliance commitments, and I left so as not to let them down.

They are also full now so I am basically seeing which competitive alliance frees up first. My main criteria is that 14* titans are hit, and following that looking for a healthy mix of competitive and laid back.

I don’t like jumping alliances too much so in the meantime I will just wait for a good fit rather than working through any intermediate options.

Bump.
Waitlist is moving so hop on and join the family.

Homacles,
Sadly, my phone can’t hold any more stuff really so I cant get discord. I’m still working on getting you in if possible and if interested.

Hey definitely want to explore if it’s a good fit. Thank you, appreciate it.
FYI you can use a web version of discord (that is what I do), although that is a LOT easier to navigate on a computer than on a phone

Humor me,
Could you possibly post ss of 4s and 5s on roster currently?

Sure. I usually lose my audience at troops (my main troops are level 11 to 15, slowly working on getting them to 17).
My roster is also not overly impressive, but I generally know how to get the most out of them