Hey,
had a weird bug in the war last time when Atlantis started. When I pressed the attack button but instead of getting to the battle I was again watching the battlefield, and same time seeing my own nick in the battle. Connection was not lost during the match. Lost my flag after the match ended and could not attack any other enemy during the match. When I returned to the map there was annoucement that Atlantis rising has started, maybe it somehow caused the warattack bug? 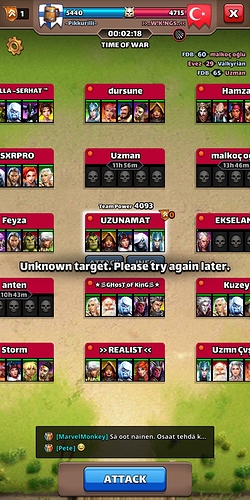 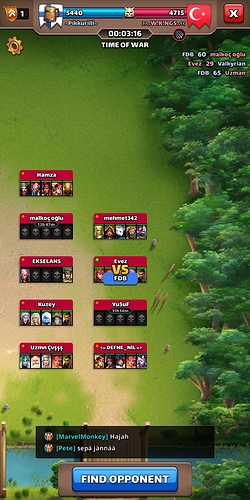 Atlantis starts on a Friday yeah!?
War Starts on a Wednesday or a Saturday?

Atlantis starts on a Friday yeah!?

War Starts on a Wednesday or a Saturday?

But it ends on a Thursday or Sunday. The war time suggests the war is almost over.