Apparently I failed to identify every player’s “ideal alliance type” in my original poll, so I will now break it down into different categories instead for (hopefully) more accurate results.

What is your ideal ALLIANCE SIZE in terms of membership numbers?

What qualities do you look for and admire MOST in your fellow alliance mates?

What “violations”, in your opinion, should be grounds for a fellow member to be KICKED from your alliance?

Same question, but titan specific: what titan “violations”, in your opinion, should be grounds for a fellow member to be KICKED from your alliance?

How would you MOST prefer your alliance to “deal” with other members of your alliance who “break the rules” or “not carrying their weight”? Keeping in mind that you yourself might also be subject to the same punishment?

Under which conditions would YOU PERSONALLY consider allowing a fellow member some “slack” if they were to violate one of your alliance’s rules?

I may think of additional questions to add later, but I think this is a good starting point (and hopefully one that includes more options for everyone to be able to “custom tailor” their own preferences)

What qualities do you look for MOST in a leader?

What qualities do you like LEAST in a leader?

Awww… You are the best!
There’s at least 800 reasons why you are a forum favourite

I’m getting better feedback on these polls it seems.

I might have screwed up one of my own votes… on question #3, I probably should have also voted for “missing war flags with no excuse” as being grounds for kick.

I’m just very lenient when it comes to excuses. Not that I’m encouraging any of my members to test me on this… I expect them to abide by our “honor code” which includes but is not limited to NOT LYING to your leader… but if they told me “I couldn’t use war flags because my dog ate my phone”

Okay… I might at least “pretend” to believe that… one time… second time? I’m probably going to want to see an X-ray from the veterinarian.

What I like LEAST in a leader: [Other]
Wishy washiness, reactive, flips flops a lot, or is unclear. It’s not just at the beginning, where “the rules” gives some idea if I’ve joined the right group. Waking up every day to some new, poorly thought out idea on what’s best is just too aggravating, especially when you fall foul of the new rules… then find out that those aren’t the rules anymore a few hours later.

This is kind of related to hypocrisy and leniency, but isn’t quite the same thing.

What qualities do you look for and admire MOST in your fellow alliance mates?

I want to choose more than one!!

In all honesty one time one of my dogs ate a small toy phone which was, in fact, mine. In that case it would be entirely truthful to have said “My dog ate my phone” … followed the next day by yet another weird thing I had to look for in poo story …

For my “other” on the titan question, none of those are a first time violation kick. If we talk and have an understanding of a given situation and they break it, fine. For one player to log on once and not swing on a titan during that duration is a bit much IMO. There are a million thing that can come up in RL at that moment as to why they didn’t swing. I guess that’s how strict my preferred alliance is though.

I want to choose more than one!!

Like they have to be able to divide AND multiply? If you bring up imaginary numbers as a requirement I’m calling it now that we can never be friends

Reminds me of this… 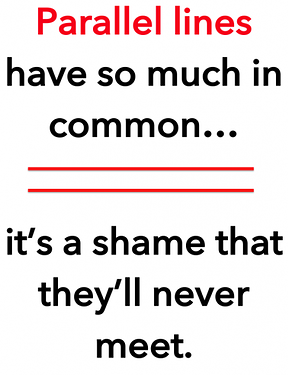