New idea how to improve the gameplay

Hello dear developers. There are a lot of heroes in the game, but the possibilities for their use remain the same … I propose to expand the hero slot from 5 to 20, as follows, as in the picture … So that it would be possible to change the attack and / or defense team based on a random or predicted event, as in raids , tournaments and wars! 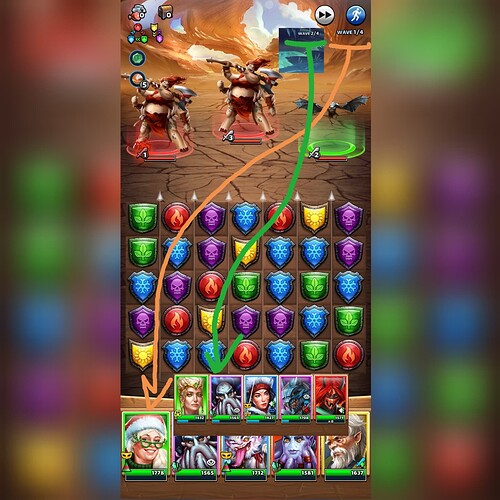 Could I bring four mono teams and switch to whatever the tiles favor at that moment?

Yes, you can take mono teams, but the change takes place according to timing, for example, until you win 1 battle, if you lose, then the team changes to the next … But in general, you and your opponent have 4 teams

If I read this correctly, you are saying we need 4 defence teams and a successful raid means that you go through them all? Going through 1 defense team is painful enough, I can’t imagine 4, unless it means that I get to fill up my hero chest with 2 raids. But it would be excruciating for wars.

May be we can start with 2 teams, next year 3 and so on… To much heroes, may be we can charge or switch heroe between the stack… This is idea only, but we need to try something like this…

While thought is good, the suggested strategy leaves a lot of loopholes which will kill the game experience.

Simplified stuff & steps will keep things from getting complicated & look silly….
&
Will have a fun element to it.

War and raids will take much longer time “could reach 20min per flag”, 2h to use 6 flags is painful especially if you didn’t get tiles

120+ maxed 5* will be the future recruiting ads