I really Wonder, How players see the new Costume event. Isnt it a “bit” too hard ?

I believe as I mentioned elsewhere, the mid and low level / roster players will face the wall with this quite easily.

That’s not to say that this event isn’t still potentially pretty rough for some of the folks who could most use the help for their S1 heroes, but I haven’t played all the way through yet and so don’t know just how hard the end stages actually are.

I was thinking so too, and I’m only about halfway thru😅

(Then again, the reason I’m struggling is pretty obvious lol)

Regardless, there’s a time and place to ramp up the difficulty in this game, but a quest to help make S1 viable, and more meta-relevant?

(And all for the same rewards as before)

I’m struggling with it myself right now, but trying to find a solution.

Counter attack and minion teams seems to help me so far. But my heroes get two shot.

Maybe a overheal hero like Gullin well help me

Best of luck to others who are struggling too

Am trying TP4300 on auto right now… will let everyone know how it works out!! 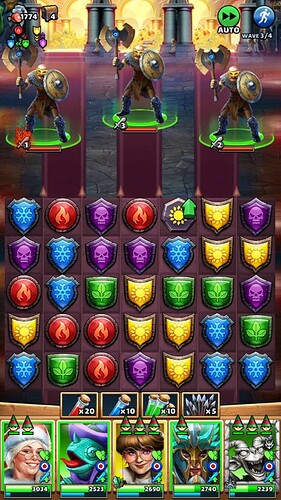 Stingy and hard, can’t even give an extra 5 keys for the event, smh.

Maybe stack DOTs to compensate for damage? It’s easier especially when you have franz

But it’s not as difficult as it was in Beta. SG / Zinga developers look to have watered down the team strength and powers.

But I still worry that some rosters are going to struggle and now wonder if we are going to see more and more events that become “harder” meaning that some players will be unable to complete them.

However, they didn’t really take on board our comments about the need to greatly improve loot.
My view is that in order to make this event a success the rewards need to include more keys.

That said I used my saved keys and pulled the new Obakan…. He looks really dapper, but I personally don’t like this 2nd costume trend

Currently only half way through the event … but got through each level using 3* and 4* heroes upto lvl.7… and then started using 5* heroes

I already posted this on another thread

I finished 8 stages of the quest and I should say: the quest is waaay too hard to provide only 10 keys!

Boss for TP 4300 is hard enough, I had to intervene

My view is that in order to make this event a success the rewards need to include more keys.

Exactly this, even 5 extra keys would be something

Proteus, maybe? If you have it

Agreed, the event is quite difficult. Managed to complete it by using my blue mono team which included Bobo and a ton of mana pots to lock the bosses down at -60% attack and defense. 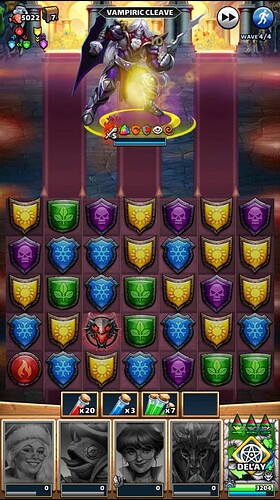 Came close to losing on auto

and it aint even the final stage…

Lughaidh would be great in this, adding a lot of defensive bulk. Even mica would do well as a defensive support

Please try out and tell us…
Although I don’t have Ludwig or any Taunt hero
Wondering if for most of us, using items is necessary to complete final stages…

I’m just thinking of some defensive heroes off the bat. Don’t have lughaidh and my mica is at 3:70 so he couldn’t do anything at higher stages (or maybe he could even at 3:70

)
But for these events I always use DOTs because I was lucky to be blessed with rayne. Her, Franz and c Azlar shred through these stages like a hot knife through butter. I was thinking carol as well but it’s not the towers so her bombs wouldn’t explode in 1 turn