@Ender_BattleSchool, that’s exactly what I was talking with my alliance about. How about a D thst reflects Ice, holy, and nature…yup would make for some interesting combos. Really shake things up

P.S Rng is gonna Rng, nothing we can do about all those yellow tiles coming up when you have a dark stack…

Fast minion steal would be nice.
(should apply for Telly, too)

“steals all minions from all enemies an put them randomly on all allies.”

Kinda like Hatter but for minions… cool idea. I like that much better then a Gimble type hero

Some pictures of Snow White’s damage. There were around 15ish buffs and ailments so her damage was maxed at 420%.

A walk-through, talk-through on my best practices for taking her down (After many beginning struggles) to show she is not OP as many claim. [Telluria: Take Down TKO] EDIT: Closing the Loop Reading a lot of feedback, and surprised at how many people are saying I only beat her because I have high troops. Ok the troops are high, They were just as high when I used 3:2 with BK, JF, just as high when i used my fully emblemed Yurple team…still I kept losing and OFTEN. It wasn’t until I …

If we made survival in era of Guin, Kunchen and Ursena

Telluria should has same treatment…

Yes, if you are a whale that has been playing this game a long time and have the heroes that directly counter her, congrats! I’m not surprised you can beat her.

But the REAL question is, can you beat her 4 times in war when everyone on the other team has Telluria? I highly, highly doubt that. 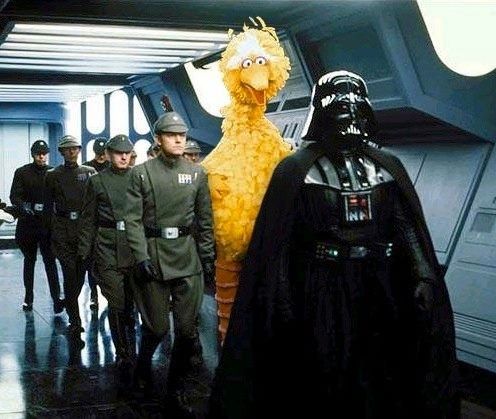 I think this team can beat Telluria 60% times (and 80% times without Vela).

I’m still experimenting with different setups to beat her, but not demanding she be nerfed. If I don’t succeed at something, I keep trying different tactics until I can.

When I first started seeing Guin tanks, I struggled. I went hunting Guin tanks with different combos until I could beat her pretty regularly.
Then GM came along, and I struggled with him at first. I did the same thing. I practiced against GM until I could beat him consistently.
Then Aegir showed up. I had to switch tactics again.
Then Kunchen came along. Same thing.
Then Ursena came along, and my tactics from Kunchen weren’t quite as effective on her. So I changed tactics and practiced.
Now Telly is the shiny new toy, and I’m getting better at beating her (and her obnoxious flanks, GM and Vela).
Eventually there will be another powerful new tank, and you know what? I’ll learn how to beat that one too.

Every hero can be beaten given a good enough board.

The real issue with tell is that for any sort of consistancy in beating her you need these “hard to get” counters. Mitsuko, Grazul, Zim are all excellent choices but not heroes that can be realistically obtained if you don’t spend or if you only recently started playing.

The problem is in the consistancy. I can beat her with your common red heroes but with vela in the mix there is no coming back from a bad or mediocre board against these teams. You are turning a game which I believe does have a lot of tactical decision space into nothing more than a coin toss.

It isn’t because you can beat something with a good board and that it “can be beaten” that it isn’t Op and could do with some fixing. No matter what level you are playing you will win with great boards and lose with terrible ones but everything in between comes down to board manipulation and team composition. That is where this game becomes more than just RNG and where I think all the fun is to be had. There is no fun in getting an on color diamon under the tank in turn 1 just like there is no fun in getting no matches.

Telluria in her current state is too strong because if you want to beat her with your everyday red heroes you are relying entirely on luck. there is no leeway, you need a great board, anything worse and you will lose. basically a glorified roll of the dice. Rolla 6 and you win, anything else and you lose. This kind of stuff gets very old very quickly. This isn’t a huge issue when the combination is one which is hard to assemble like your Ursena, Guin, BK etc tanks. You won’t see them often enough for it to become tedious. Right now we are talking about consecutive HOTM’s. It is too easy to assemble this kind of defence.

So I do think she needs to be nerfed. Too many people will have her and given her current strength there will be too many tell tanks in the diamond arena by the time the more casual players max her out. You will end up fighting very similar teams over and over and each of those is nothing more than a colorful roll of the dice.

I have maxed my Vela and will max Telluria by the end of the month so if shen stays as in thats fine. I just think that in the greater scheme of things the current Vela/Telluria synergy is bad for the game, regardless of what is best for my own roster.

Edit : For the record, My ideal sollution here would be to keep her as she is right now but release a 4* red counter. A hero that is obtainable and make her less of a dice roll. Only issue is that there is no such thjing as a 4* HOTM so chances of that happening are slim.

I tried several combos from mono to rainbow, a bunch of counters, much heal, 4 cleansers and it seems that the game does not want me to win against Telly whenever she cast.

Either she dies before her cast or I lose, even if Grazzy will prevent the mana slowing. I surrender to her.

I have maxed my Vela and will max Telluria by the end of the month so if shen stays as in thats fine. I just think that in the greater scheme of things the current Vela/Telluria synergy is bad for the game, regardless of what is best for my own roster.

But why you want to nerf Telluria? Let’s introduce more counters to it!

Yes, if you are a whale that has been playing this game a long time and have the heroes that directly counter her, congrats! I’m not surprised you can beat her.

But the REAL question is, can you beat her 4 times in war when everyone on the other team has Telluria? I highly, highly doubt that.

So you’re saying you shouldn’t have to need 2 hotm to beat Telluria? Like you don’t need Seshat (hotm) and Kage (rarer s2) to fare better vs Guin?

Can you beat all Guin tanks with great supports, troops, and emblems 4 times in a war?

I’ve just checked out special skills of S3 heroes and assembled this team. All 4*.

I’m not gonna have time to level and emblem up these guys to test but I believe this formation has great potential.

They totally didn’t go far enough with Telluria. She’s way under powered. In addition to her current special, please buff Telluria with the following

Sounds about right. Did I miss anything???