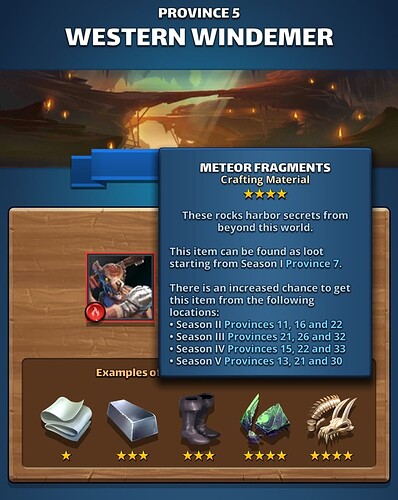 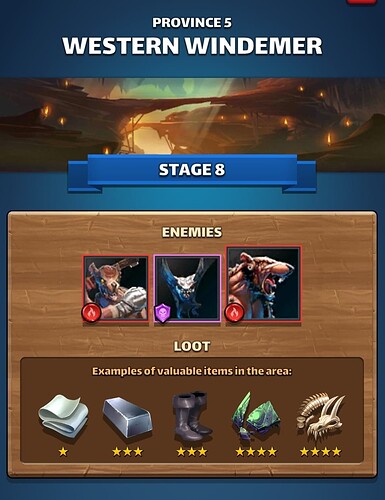 Oh, nevermind…you are talking about in Season 1 then. Weird! I don’t know what’s going on then either

I have forwarded this to mod chat

Next time ., Sssshhhhhh … farming bugs like this work in our favour. Share the info via private communication networks.

Sssshhhhhh … farming bugs like this work in our favour

I know this is in jest, but all bugs or issues should be reported. It was exactly this kind of thing which allowed Telluriagate to happen

That Tell/Vela nerf happened because Zynga/SGG chose not to listen to Beta testers’ feedback that Tell was doing too much for an Average mana hero. They proceeded to release Tell as is.

This is a farming bug. It’s not going to shake up anybody’s roster in anyway.

The only loss here is to Zynga/SGG, who may suffer slight losses in their sales of offers including battle items that require 4* CM. Their monthly revenue is mainly derived from their summon portals.

Offers of battle items, apart from that post MT offer that sells a variety of high end items for “a song”, generally include gems and other items.

So yes, I was jesting but this farming bug, to me, is of lower priority to other on-going hero-related issues, and other QoL like having more screen space rather than face a barrage of offers each time I log in.

I mean I don’t think it matters where you can find them since I have no idea what you actually use these “strange and mysterious rocks from space” for…. 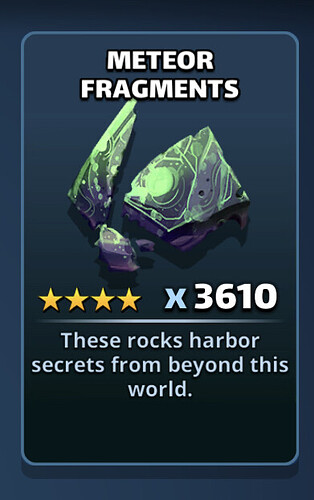 Thank you for the reports, we’ll investigate this here!

That Tell/Vela nerf happened because Zynga/SGG chose not to listen to Beta testers’ feedback that Tell was doing too much for an Average mana hero. They proceeded to release Tell as is.

Not true, that’s apocryphal at best. I don’t want to go off topic but there were a bunch of big-alliance testers (I think all are long gone now) who knew perfectly well they were OP and didn’t say anything (or fibbed in some cases) in the official channels because they wanted shiny OP heroes. I still have several screenshots of ancient Line beta chats on an old phone somewhere of them encouraging others to “not say anything in the forum or they might get nerfed”. The moral of the story is share all feedback, for better or for worse.

Anyway I won’t say anything else on this or like I said it will stray off topic.

Let me be clear that there are two reasons I care and reported the found meteor fragment.

Did find another meteor fragment.

I get your point. Yes, it matters if you farm S1 for CM outside of AR, VF and ToU.

I don’t so my preference is for speedier hero bug fixes or QoL that has a wider impact on the player base.

I just got a Meteor fragment on my first run of this level. 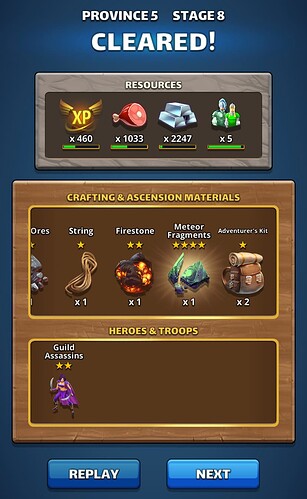 This remains an issue.

@PlayForFun the problem @Rigersa has is that in the tooltips for the items, it states that Orichalum Nuggets are available as part of loot starting in s1p5, Dragon Bones starting in s1p6, Meteor Fragments starting in s1p7. So according to the in game tooltips, the bones and fragments should not be available in the loot tables for province 5 or lower of season 1.

My thought is that maybe it is a misunderstanding, and the tooltip wants to inform you that until you have cleared the province stated in the tooltip, that item is not available, but is unlocked (for all stages) once you move beyond that province.

Oh, sorry. I have missed that, then this is a valid problem.

My problem is that I (and other players I am sure) use nuggets much more than dragon bones and meteor fragments. And the game has inexplicably and suddenly nerfed the best source of nuggets by diluting the loot with the other 4 star crafting material. And it hasnt been fixed.