I had a non-costumed Isarnia on my defense team for the current tournament (with costume bonus). I’ve never ever run her on any team with the costume, so I didn’t accidentally knock her off the team by using her in costume or anything like that, but she wasn’t on the team when the tournament started.

So the below is a few screen shots of my hits today. I’m told the missing hero in this is C.Krampus and I can only assume it’s because the owner used Regular Krampus in the Rush war?

I’ve included the defence that gave me 746 when this 4 hero def gave me 745. It’s not very fair on them in honesty but it’s a tournament so I just took the easy win and moved on 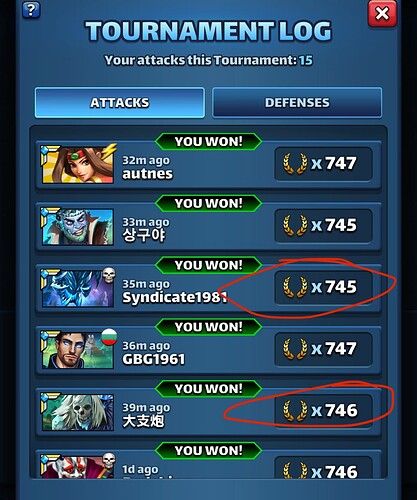 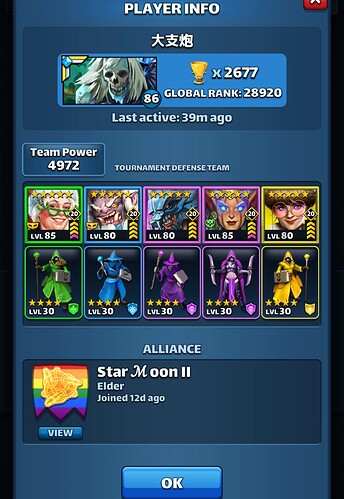 Somone else reported their Raid Tournament defense missing a hero yesterday as well in a bug thread, and an additional person posted screenshots again today of the same issue. I think these threads probably need to be merged, and definitely looked into quickly. This seems to be a new a bug, and an impactful one at that.
@Guvnor could you take a look if you get a chance? Thanks

Thought SGG resolved this bug some time ago. Looks like it’s back.

Wasn’t exactly the same bug. It affected heroes with costumes.

This updated bug is definitely worse.

You can’t skip the matched opponent. Nothing you can do except take it on, and move on.

It’s good that you reported this.

Thank you for the report, we’ll investigate this issue here.

Maybe related to this?