My warband lost but the kingdom won, the loot was absolute trash, low rarity stuff only and 10k iron bundles? Come on, that doesnt even worth the few minutes i spent using flags.

So, after comparing my loot with my alliance member, i have noticed, that the best loot is for the shirmish victory.
I was 8th in my warband, bo unfortunately we have lost the war (due to more attacks left than the enemy), but my overall loot is worse than my standard alliance teammates, who didn’t perform well on the individual level, but have the luck to be in winning warband. That doesn’t make sense at all. Please see below:
My loot (lost a war, 8th in a war)

Loot will need to improve dramatically in the final version to make this event worth participating in. It should also be biased heavily towards individual performance since the warband and kingdom outcomes are basically just RNG.

This is disappointing… Warband won, was 44th in Wei Kingdom.

The loot was as bad as the event it self…

Nice l, one super antidote and two 50k chests!!!
Feels like i dont have to farm anything anymore, lol

That’s strange I haven’t got my reward yet?

Better loot should be linked with individual result.
The rest, even the result of skirmish, is something that any individual doesn’t have any influence on. Either you were lucky and your warband won or you were unlucky and it lost.

I didn’t get anything. Literally no prompt the war is over, no rewards whatsoever.

But it wasn’t fun. And is the loot for the other events placeholders too because they are not very good either?

HAHAH sorry but after Nerfs and now thus rewards, this became to be funny

Seriously this has got to be an early April fools joke
I’ve had better from Mytic Vision , we asked for better in beta but this is just plain worse ! Improvement is needed ASAP as an incentive to play this overblown war

Better than getting nothing but still meh: 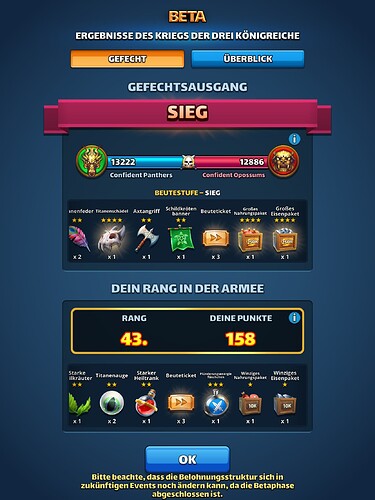 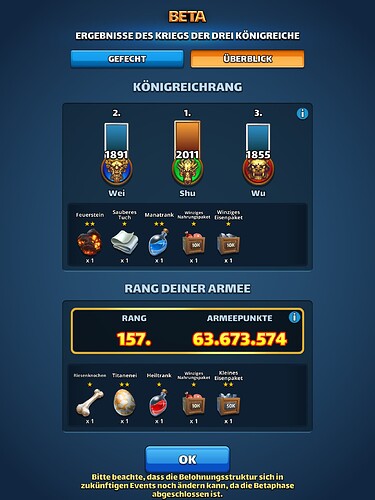 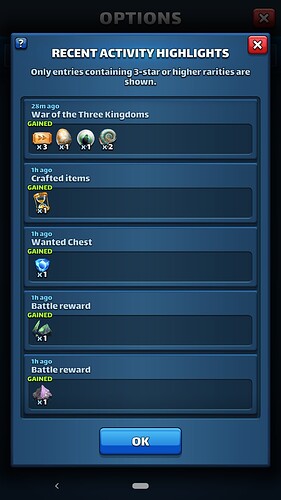 This loot is bad as others have said, I guess I got loot tickets so I’m lucky?

Man i feel bad for you bro 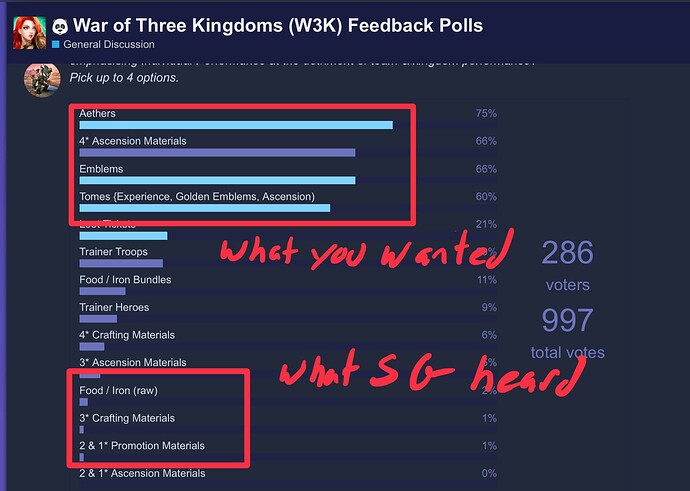 Yes got my “Placeholder” loot and wasn’t surprised or disappointed. And to be honest I didn’t expect anything more ….
They said up front that the current loot wasn’t the final deal…
But for me (personally) this war was different and I had fun trying different things and not necessarily being tied to an agreed war strategy …
I no longer take anything over seriously in E&P, I no longer spend any money whatsoever - it’s just a game that takes me away from RLS