I’ve got one Alfrike. I think there’s nothing to complain 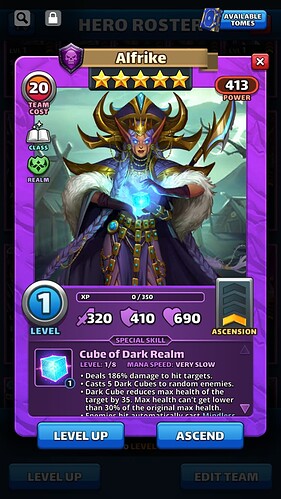 100 pulls to land: Bera, Sartana, Gefjon (new) and Sif with costume (new).
Hopefully I’ll get the new Quintus costume or Alfrike will be in SE, because I won’t spend a single euro to chase Xeno or Alfrike, I’m really fed up of getting dupes instead of the featured heroes which are supposed to have higher %. 1% is almost double probability of 0,6%, not to talk about the small probability to land a fourth bera instead of a new purple hero from the portal (or even no purple).

Finally I got her. Valhalla is one of the worst portal for me, out of 55 pulls this time I only got Alfrike and dup hotm but still happy because I was chasing her. 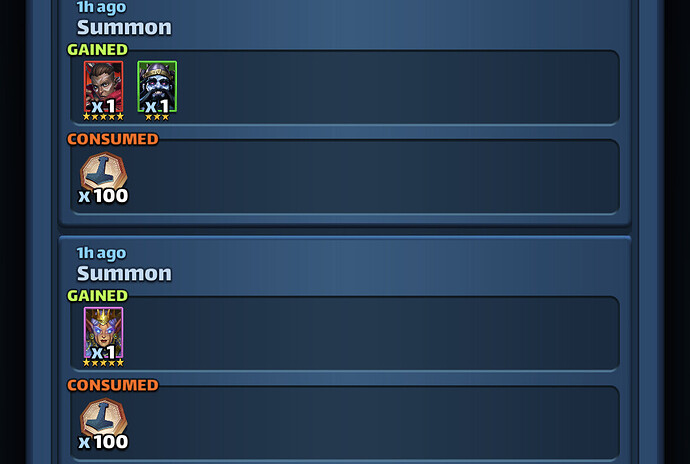 When Alfrike first appeared I didn’t get there. When she was featured twice during Valhalla 4ever I got Bera instead both times. Now I did 42 pulls and got Norns instead. I have them and they are indeed very useful, but also by far the worst from featured heroes and I obviously lack Sif’s costume and Alfrike, so pulling Norns have the worst added value to me.

Screw you, Alfrike. I wanted you but you don’t care, so zero effort from me now on for pulling you. I will intentionally evade you even during SE unless you’ll be by far the best option. Hoping one of those stupid cubes will fall on your head.

Also done pulling until Styx and this game better give me one of shiny Event 5* Heroes there. Charon, you’d be good Alfrike replacement.

What featured costumed 5* is supposed to be this monday on valhalla? Any leakers?

Anyone else ever pulled this in from a single run? 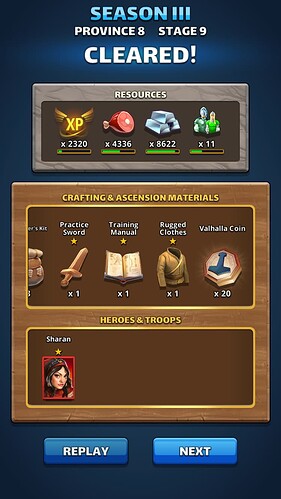