That’d be an interesting decision… Except I don’t have Elizabeth!

I am wondering if GM is worth LB or not. I have Elizabeth as well and BK though, but I seem to take GM on raids more then Elizabeth, probably because I can charge him with 6 tiles. Any opinions on which one I should go with?

I’m all for LBing the one you use most. Defense is nice for the two wars, but you raid and clear stages everyday. GM is a fine choice.

GM would be my choice out of those 3 especially as he is the one you use most often.

BK would be my choice

Recently maxed this nice lady that has served me well ever since I got her. 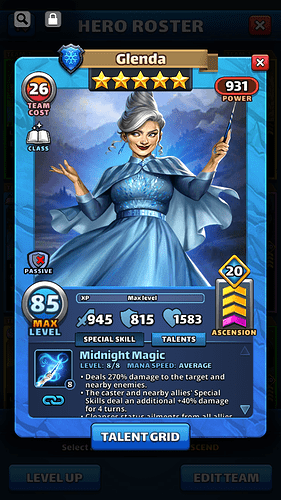 Emblems all on attack.

I LB my Master Lepus since he is my best offensive blue, and I usually place him on my war defence. Attack path for emblems.

I also limit-broke my Mitsuko, as I thought she is the best to get the limit breakers over my other Fire hero choices, Khagan, Reuben, and Yang Mai. My emblem path on her is all-attack. 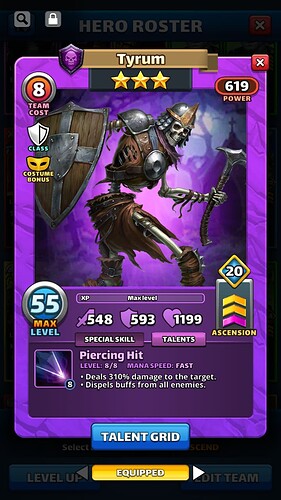 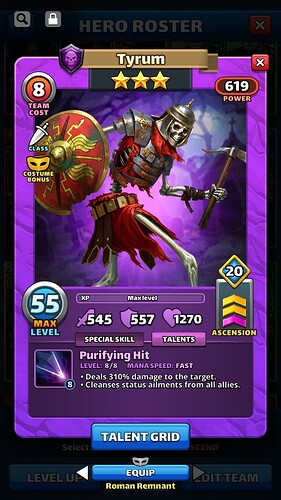 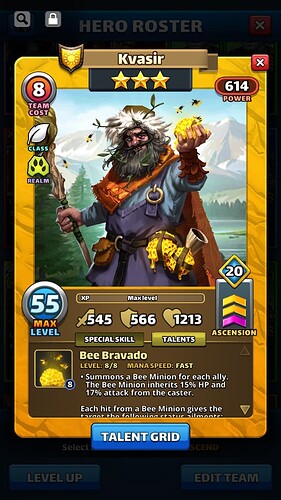 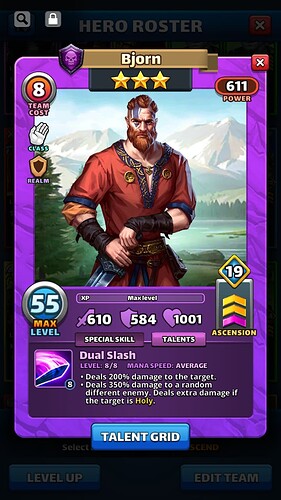 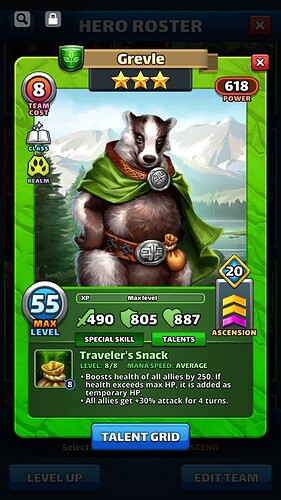 Here are some of mine (not posting doubles from above like Valen, Wabbit or Nordri): 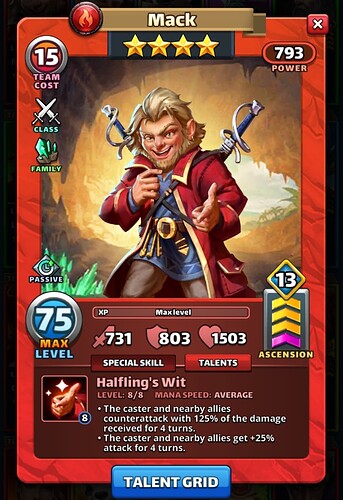 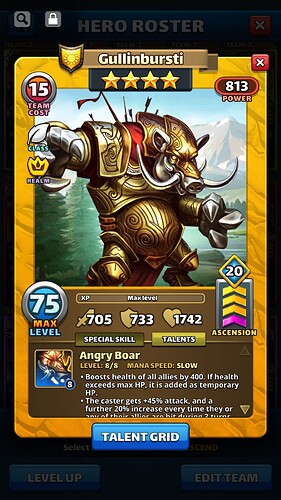 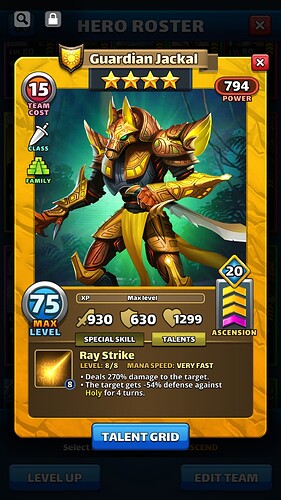 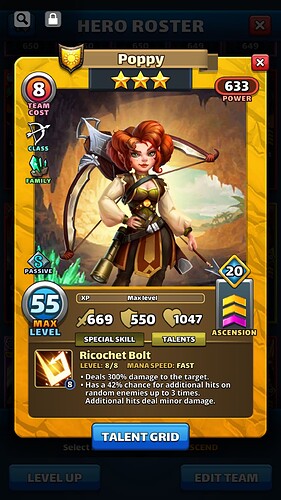 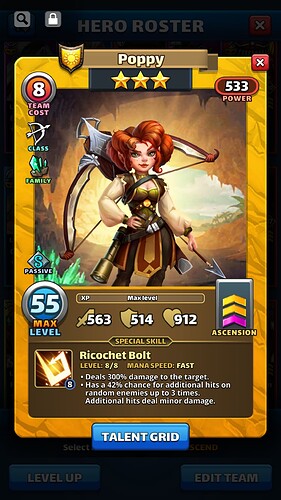 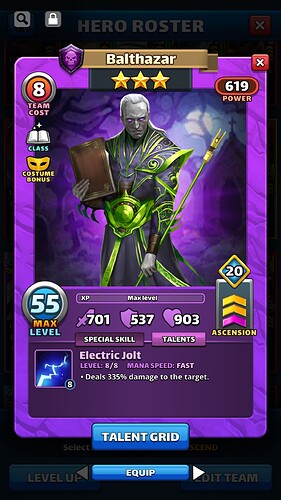 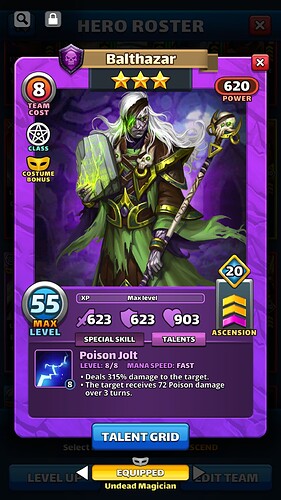 Didn’t realize I had enough purple aethers to do a 3* so I figured why not Balthazar. For some reason I’m kinda lacking 3* purples so him or jack were only options.

What emblem path is your Gullin? Gonna propably limit break him too, or Mist/ D’Andre.

Went defense & health route on the golden pig. Figured he’d be good to use as a healer in vfast wars as I have limited healer options and no other over-healer on my roster besides grevle.

Will take me sometime before i can max em…

What’s Gullinbursti’s card read? On the part regarding the damage he deals after his attack up buff goes away? It would be the second but point in his card.

If it went up from his original, that would convince me to break him. 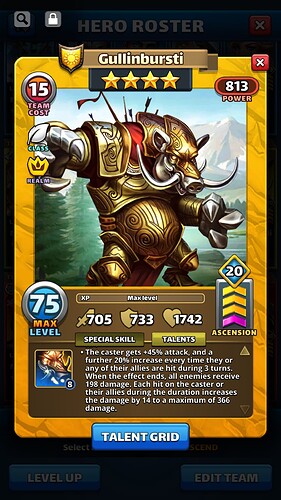 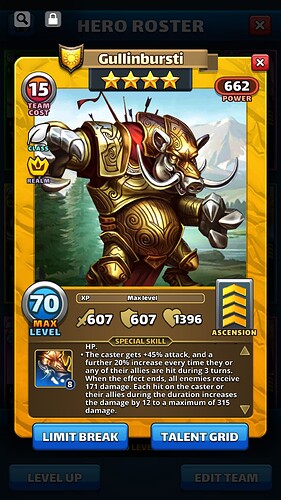 Those are the 2 I have for a comparison. A broken, max blem and a 2nd just maxed.

So the limit breaking gave Gullin 26 extra damage (I have one at +20 emblems def/hp route without break).

I made my decision and limit broke Mist. The reason why I chose her was that I think my emblemed holy 4* healers are sturdy enough against 5* heroes already, but Mist was a bit too squishy, although her special is just so awesome. Will take a couple of days to finish leveling her up.

Thanks! Looks like hell hit just a bit harder.