To keep this type of post together I’m collecting posts suggesting better in game translations to other languages. I’ll leave the thread on the Brawler package separate so folks can still find that easily.

Ideally, please attach a screenshot of the dialog in question as well.

Hello, in the personal profile page of the game it says:

Currently the message is saying the opposite, but actually it’s the experience TO next level, not FROM the previous level

There is a mistake in the translation to russian of the rules of the Save the winter quest.
The second sentence sais - Такие щиты можно использовать в атаке. - that means that frosted shields can be used for attack, and that is wrong, because they cannot

Thank you for reporting, we will look into these.

I would ask you, if possible, to attach always a screenshot of the dialog (this will help us in identifying the string).

Edit: regarding @Pier’s report, this has been already fixed in the latest update. 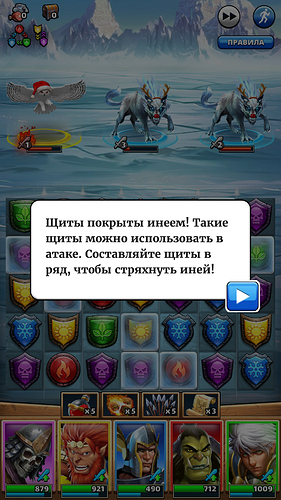 The Translation is definitly wrong:

Cross posting, as it is an issue of clarity of description

Hey, again. Can we get an English rewrite of a hero’s special ability text? The way they are currently written is NOT the way they behave in-game. EXAMPLE. Joon Deal 468% damage to a single enemy and they are less accurate for 6 turns … should read … Deal 468% damage to a single enemy and they BECOME less accurate for 6 turns Brienne All allies get +79% attack and a further 13% increase every time they are hit for 5 turns. This makes it sound like they get an additional 13% attack if …

A post was merged into an existing topic: [KNOWN ISSUE] Error in the description of the new building - fix coming in next update! 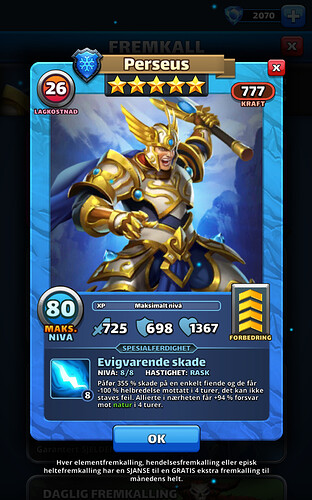 inflict 355% damage to a single enemy and they receive -100% healing received in 4 turns, it can not be spelled wrong. Allies in the area receive + 94% defense against nature in 4 turns.

Hello guys,
maybe it is the right time to change the russian translation of the word “member”, which is called “член” ?

It is right translated, but “член” in russian also means “■■■■” xD)))). Weird but true.
The problem is, that there are just this 3 choices: member, elder and co-leader. If there would be more grades it would be fine and funny. But right now, just few ppl. like to be “член”. And you cant give all member the elder grade, cause of the rights to accept or deny applications.

We have asked our russian community 1 month ago, if they like it or if they want to have an other word for member.

“Участник” is the better word for “member”, after we analyzed the comentaries to this vote.

I think it’s not big deal to change the translation and would be great. Personally i would like to see more grades in the alliances. Just as words, without extra rights.

I have moved your post to the existing thread. Thanks for noticing this! 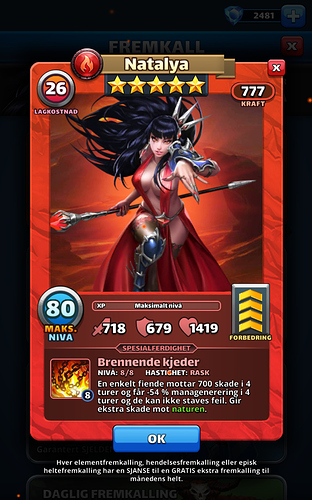 Then we have a new traslation error on norwegian card, and it is the same error as on Perserus erlier on this topick.

A single enemy receives 700 damage in 4 trips and receives -54% manageneration for four trips and they can’t spell it wrong. Gives extra damage to nature.

What is written in bold shall not be printed on card. This is also a hero of the month.

In russian version nature heroes named is “Герои Природы”. But on picture of heroes write “Стихия” True translate is “Природа”.
Please change it in next update of app.
Also summon green hero named as “Призыв Стихий”, but should be called “Призыв природы”.

In Polish translation there is misleading description after Titan is defeated. Right now there is “PORAŻKA” instead of “POKONANY” 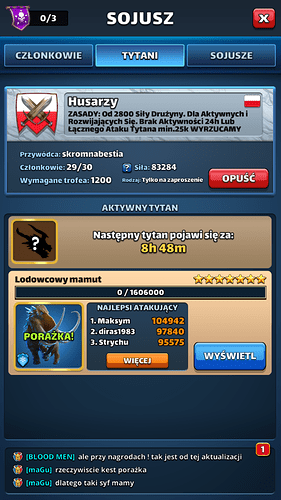 sojusz640×1136 387 KB
Our Alliance (Hushars) defeated Titan 7 * Glacial titan 7 hours ahead of time. What was the surprise when no one received the expected prize only insignificant items. A + as always had the worst.
What turned out, however, we received information that the fight with titanium ended in failure ???
please explain and verify.
everyone in the Alliance have last updated the latest version of the software.
The card is included.
Regards
Maksym
2 Likes
Rook January 8, 2018, 12:00am #19

@Petri can you please take a look at this?

I would like to apologize for the incorrectly worded question regarding the error in the game.

It was not a mistake in the game that turned out to be a problem but a possible ambiguity in understanding the inscription on titan after the end of the fight.

The word PORAŻKA" FAILURE “Defeat” suggests that it lost the player and not Titan and can affect each party, and because instead of expected useful items 30 people in the Alliance and especially A + and A (which is already the norm) got only things that are passed when the Titan escapes from hence the presumption that the system marked this fight as lost by the Alliance and won by the titan. I suggest in the Polish version to change the description on Titan and also in duels from (Defeat - Porażka) to Defeated- POKONANY and Winner - Zwycięzca (for duels)

Seems like a translation error then, I’ll move this to the translation issues topic and we’ll look into this! Thanks for reporting. 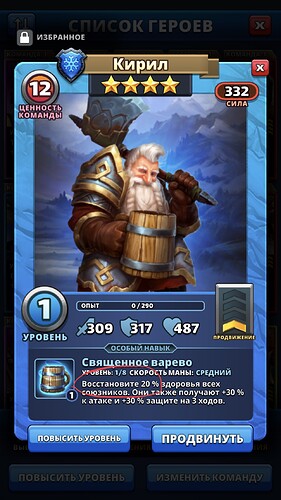