Same team, but I reset Richard +7 to max D’Andre. Also, Raff is up six talents.

Played this one on vacation, which is why I’m late posting. Went about like usual - a slow fight where no one is really in danger. I thought about swapping in D’Andre for Raff to speed things up with the mana boost, but Raff is so dang good for cleansing Justice’s blind to all that I just stood pat. 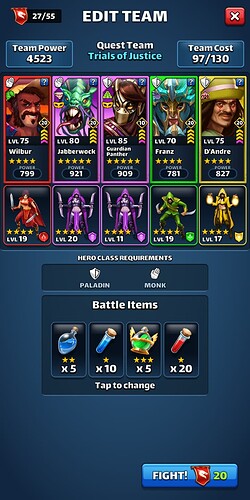 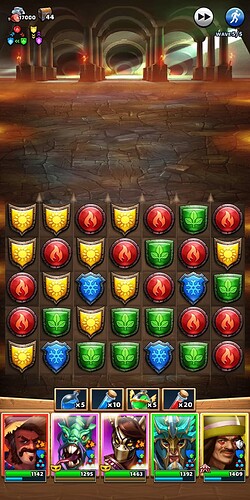 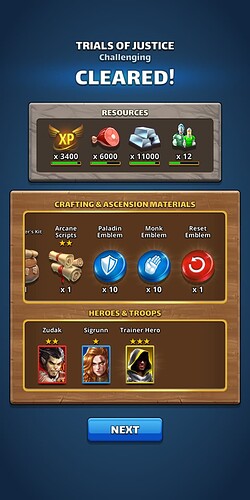 Same team as last time. Started rebuilding Richard after resetting him for D’Andre.

Mob waves were no trouble. Had enough tiles to fire Richard and Thorne a couple of times and still get recharged. Entered the boss wave with all specials charged and a green diamond on the board. Lots of green and blue tiles also. Consequently, Joon and Justice went down early and without firing. Richard held on to fire once, but it mattered not.

catching up. pretty sure i used a variation on this team before: 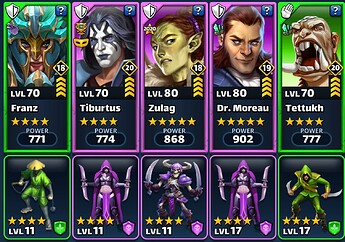 but superior talents for cTibs, he’s a healer now too! 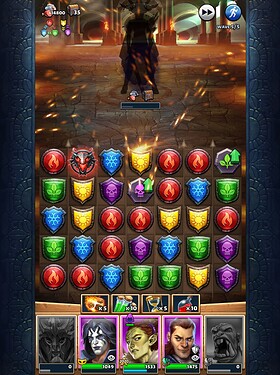 this went pretty fast, went in charged and bosses were halfway gone after the opening salvo. i could have saved Franz or Tettukh with a healing potion or two but they did their jobs. they each actually cast twice, that was enough, then i just needed to survive until i could throw a few more tiles and specials to finish it and of course Zulag had no problem with that.

Paladins to Sonya to get her to 20. Monk saved for now. Trainer to cSonya #2.