likely chance that there won’t be a second upgrade of the same type to stack.

yeah, the Soul Grasps hurt hard - I’ve been bringing overhealers whenever I can to help.

generally I do not mind - and even like, a little bit - the class restrictions - they force me to use hero combinations I hardly ever considered.

My heroes and tiles are virtually doing no damage and the bisses ate slash attacking me for 1500. I have failed 3 total. Just finished floor 16 on impossible. Im using revive scroll, miracle and also mother north where possible. But damn this is horrible and takes forever when you dont have all the fancy new OP heroes.

Im on 78 coins i just want to get to 100. Ideally I’d love to finish but i dont see thst happening haha

so the story does not end with completing the normal floors. Has anyone a screenshot of the ending cutscenes upon completing Impossible? (maybe I will ask again on Day 5

well, those soul grasps are beginning to hurt. lost one floor, too exploded and murdered 2 of my heroes in the first wave. have to pay more attention and maybe bring some revive scrolls…

Anyone who finished all impossible floors can tell if there is good loot for finishing it? or just normal loot for final stage?

I dunno it might be just me, but I don’t have an issue with this. The heroes in regular seasons are drip fed in as opposed to all coming out at once. I don’t get why it’s different with this? Sure it’s not the way it used to be, but I don’t see it being something to get the pitchforks out over.

i like that we don’t have to buy flasks to complete the tower event. I hope that Ninja and Magic towers get revamped to match this version, and maybe release 1 to 2 new heroes with it was well

Class ban is very interesting thing. BUT! Blessings are too overnerfed, tower completely lost its fun overall. Every level feels more routine and exhausting than previous.

So far i like the event. I need a better health booster… But for the time being… Not too terrible…

Does anyone else feel that there is an inconsistancy with the family bonus (3 members - 80% chance to cast Def Down ailments back) in the tower? I don’t know if it’s not active on all the levels, or if it only works against some heroes or what. Or does it not apply to elemental DD?

Stages 21-25 I used G Falcon and Wilbur and didn’t see it cast back to my team once. Using c White Rabbit on stage 1/2 impossible and for 16/17 normal, it was cast back very often (probably 80%)

A lot better then mine… just rubbish here, again.

So finished another 10 floors. No losses yet but it’s getting a bit hairy at times.

I’ve continued to focus on survivability for my teams.

I’m hoping the damage reduction I took at the end of impossible 5 will also reduce the damage from soul grips.

This is the most fun tower so far, FINALLY they got rid of that annoying curse. The new system is way more fun than condemning heroes forever.

The soundtrack is the best one in the game! Really enjoyed this one.

Only one problem… Must all towers be some kind of copy and paste of the Ninja Tower? Same structure, same hazards, same limitations.

This “tower” (really a pit) is much harder than the others. I routinely complete Impossible 25 before running out of free flags, and Impossible 25 is usually more grueling than difficult. However, when I reached Impossible 3 this time, I failed three times in a row. I don’t think I am going to try again; I wasn’t even close to winning.

The bosses at that round have an attack of about 4800 and they frequently receive a 50% attack bonus from special skills. One or two hits from a hero with 6000+ attack and my double overhealed heroes like Krampus and Telluria with 1000+ defense are toast. Maybe I could find a team that would do better, but if I am being honest, it’s not really that fun to play these levels, when each one takes 8-10 minutes.

I suppose this is OK; I haven’t spent money in years and I guess my squad, good enough for the other towers and the old challenge events, is starting to show its age. I can barely squeeze by newer events like the Gargoyles. It appears that SGG is showing me the door! 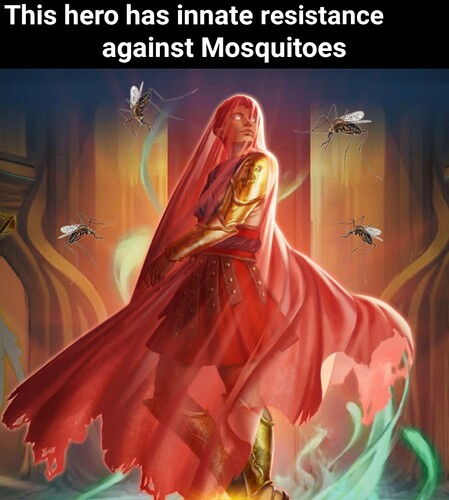 I suspect that most will have to buy at least one flask to finish, or won’t be able to finish it at all

In a regular season, there are 3x as many heroes and a story that usually follows their release, so they have to release them that way. This event adds no new content each time it comes around, so withholding heroes from this type of portal is ridiculous. I understand your perspective, but your analogy isn’t the same by any means.

I like the challenge but wish all the blessings actually worked. Didn’t get hard until impossible 6. I picked the 250 heal under 50% mana to help prevent hero deaths in wave 1.

Unfortunately that doesn’t do what it should…