@Nightmare2048 congrats on WR and Snow White, two heroes I want! I do have original WR but I feel like his costume really makes the difference

Amazing scores and summons, congratulations to you guys up there

Dear @Petri and @PlayForFun,
If the Challenge Festival happens so often, then it would be reasonable to make rotation for his rewards.
For example, I already have a lot of unpaired Compasses and I don’t know what I can do with them. And I would be happy to add other Ascension Materials and Emblems.

Easily got the ranks I wanted.

Challenge Festival is in desperate need of QOL updates. I essentially use a different team for each stage. Then I also have to look up the bosses for each stage. I finally got the stage rules memorized, but it’s quite a pain to go through the stages unless you replay the same one over and over again.

Does anyone know when is the Next Challenge Festival?

Yay I’m stoked that of all the featured heroes, I got the only one I didn’t already have and needed the most. Especially since I picked Black Knight from the SE and already have Rump. Wouldn’t mind pulling their costumes later on though. Good luck to everyone pulling!

Well, After a hefty chunk of pulls, I won’t lie that I am a little dissapointed in some respects to have gotten another Costume Marie-Therese, but I did at least get costume Rumplestiltskin. It doesn’t change my levelling plans, or the fact that I am still happy with my current team as is, and I was already planning on debatable returns!

Good luck to all pulling today, and I hope you get the costumes you’re looking for!

Maybe there’s still time with the residual challenge coins from the event for some “Last Try Magic”?

Some problem with the stage scores? All seems to give stage 1 score

I had enough gems to make a 10 pull and I did not want to spend them on the solstice portal because costumes were not included. Really happy of the results

My 1st Black Knight and my 1st legendary from Avalon

Congrats! I’m a few pulls in, lots of legendaries, only one I didn’t have though, Finley. But yeah, you did great! I’m looking for her as well!

The Starfall heroes are getting the +20% bonus on this challenge event, same as the ones that are supposed to be getting it. I assume villains are the same.

Oh congrats, any new legendary with a costume is a huge win! Who else did you get that was a dupe? I really want White Rabbit’s costume

Congrats @Ranvir awesome pull! I want him as well, who doesn’t lol. Glad you got a legendary from this portal, cheers!

I remember everyone just screaming nerf for finley costume. Then after he was out for a bit, I never heard anything about him again really. He will sit for a bit, as I decide between Sobek and Quintin.

But Panther is a power level situation lol, immediate ascension! Even as bad as I want BK, she’s just ridiculous even with the low defense stat. Man I’m so happy for you! 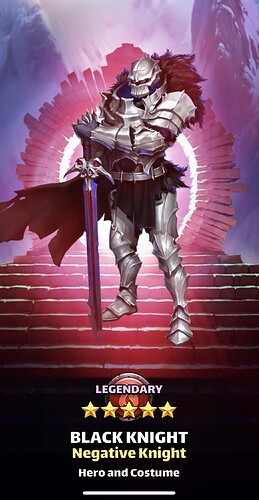 Guess who I chose at the last Soul Exchange? Right….

And what really drives me nuts: It happened the second time. First SE I chose Killhare and a couple of weeks later I pulled her with costume at Springvale… Unbelievable!

Clearly some sort of issue with scoring 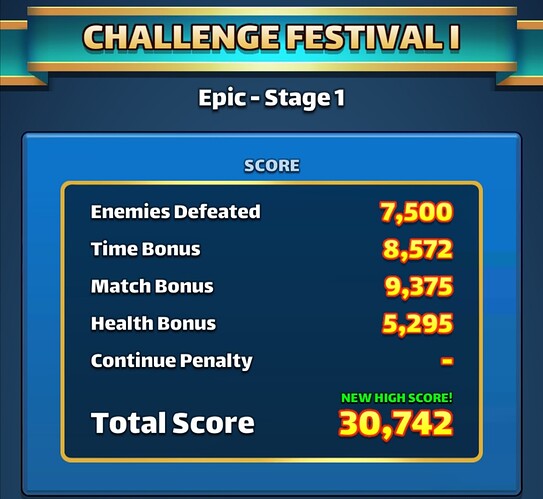 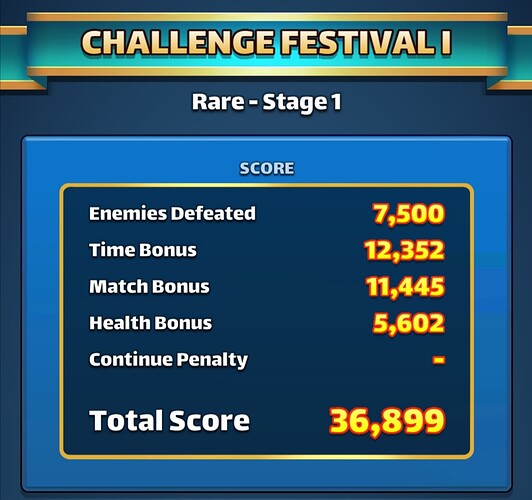 Leaving aside the time and match bonus, the Epic health bonus shouldn’t be lower than the Rare one