The thing is, we notice the successful dodges and don’t notice the unsuccessful ones. I suspect that if you really took the effort to count (way more work than I’d do for a game), you’d come up with reasonable facsimiles of the advertized percentages. (Which is not to say that it isn’t annoying when Marjana dodges three snipers in a row, or Boldtusk revives six times. Of course, my Kingston and Bertila tend to revive a lot on offense, so it evens out.)

I would totally notice the unsuccessful dodges from Costume Kadilen because it is a rare day indeed when that happens. I like yourself won’t ever track it because who really cares but from my experience her dodge works way more than the 45% as advertised.

Not this time, since I noticed the 2 wars where enemy always dodged, I counted the other 2 games where I fought against costume kadilen. There wasn’t a single time when enemy had dodge buff and they didn’t dodge. Overall in 4 games I am talking about 20-25 specials that were all dodged here.

I played a 5th match now (intentionally trying to fire off enemy’s kadilen and then my own specials is hard apparently), this time 2 of the attacks enemy didn’t dodge but the rate ended up being more like 85% dodge rate in the match. One observation was that enemy hero started not dodging only when a single hero had dodge buff.

We knew there were bugs earlier in the game where specials could be miscalculated when multiple enemies are involved. It is possible there is another bug that causes dodge rates to be not calculated per hero, or it is possible that I am really unlucky.

Silly question perhaps, but i am curious, is there a limit to consecutive revives? I met a phileas fogg that revived 8 times, it felt like fighting an immortal.

There is no limit, this guy just kept winning the lottery on you lol

So I will give statistics here too, when I play against heroes 3, but which is for money, so 84.7%, no talents will be released. If they are classic 47.6% heroes, then everyone can make their own picture. I did the sample in 60 matches. And what’s more interesting Magni did not use his talent from 20 games and opponents 53% once. And one more interesting statistic Melendor never once had such helpers (I don’t know what it’s called) and when by chance the talent was triggered, it was always the last hit of the opponent when he died. I wrote it in another forum that all this started from a certain time, but I will not discuss it here, it is my opinion and I found out that it is not very good to discuss it here. So I’m just giving a lot of statistics here.

anyone has the same experience? Yang Mai is supposed to have 50% chance to do additional attack but I’ve done hundreds of attacks with her and she fires about 10% (1 out of 10 times) more than one time…

much higher than the hero card sa

also what you said is true and doesn’t make sense. many many times heroes that have revive special are revived several times in a row. max. I experienced was 7x times!! that thing only can make you lose the game against single hero…

this game is one of the biggest scams ever created. I love to play it but it’s a scam.

I’ve been using Yang Mai a lot in raids and PvE lately and i’d say about half the time you use her special, sure, she fires once. but just as often (and for whatever reason, many times when there is just one hero / monster left on the board) she will fire more than once, and i see 4 or 5 hits at once fairly often. I personally have no reason to doubt the stated odds for multiple hits that are on the card. i can get her to a ten stack in raids some times, and almost always in PvE where there are multiple rounds of monsters to kill.

i also have to say: it’s so very satisfying when there’s one hero left with almost full health and she fires 4 or 5 times in a row and takes them out all by herself.

it doesn’t matter how many additional hits she does though. the point is if she fires more than once about 50% of the time and as I said, my records are about 10%

I’ve been fascing C.Kadilen on raids for quite a bit and Like to know if anyone else thinks the same way. (Not complaining though).

Am I wrong or the Dodging on C.Kadilen is the perfect dodge of all heroes who has the Ability. Ex:jade,Inari etc etc. It seems to me that that costume has a 45% “chance of dodging” is more like a 85%.

Correct me id I’m wrong anyone. And Thank you.

Nah, it seems RNG hates you

Are you fighting against C Kad plus a few ninjas?

I wrote in support of the game that my account has either an error or this game is interfering with the operation of some key. I will not speculate here whether it is due to money or not. I didn’t even support my support whether there was an error in my account or not. I only got the answer that I should contact the players on the forum. It’s weird because I don’t know what they have to do with it, but I’ll try. So I would like to know how is it possible that I don’t have a single talent on average per match and my opponent has over 3? I have been doing statistics for several months. I use heroes with 20 emblems just like my opponents. He uses two or more talents in almost every match, but mine doesn’t, and I play with the same. I write here about talents because they run on their own by some “coincidence” that I don’t believe. On the cards is written in percentage probability that the talent will run, but it occurs to me that opponents use talents more than 300% more than my heroes. I would like to know at least one fixed rule of this game whether players play according to the same possibilities or it only depends on what someone has programmed or discussed additionally. well thank you

ok, from a raid shortly,ago: 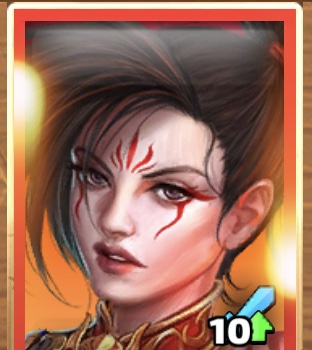 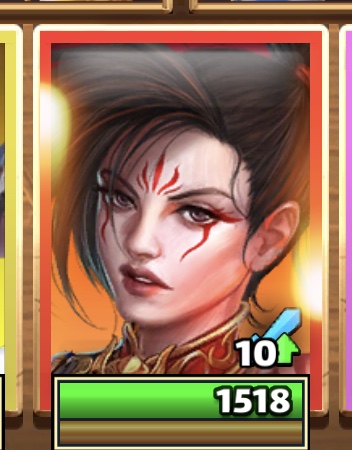 these are just anecodotes i guess though. since you have rigorous data concerning YM’s hit rate, please feel free to share it.

No its Just Her I encourage anyone to try and compare just like I did after the post and I am correct C.Kadilen is a beast Dodging more than others with the same abilities.

If this Helps you The game pretty much Decides who wins or lose before you even start raiding it doesn’t matter how you look at it. Just try to have a good use of your heroes and how you use your talents. I see most of the players tend to go with Attack Def path for snipers and some others without thinking about the heros’s ability to Stand Incoming attacks. You could have a 5* hero with 790 Def and a 4* here with a 850+ Attack power can easy make an impact on your 5* hero. With That being said check which talent path you took. And don’t forget when you are raiding the defending team has a +20%-Def added to their actual Power.

Hope this helps in anyway.