M&M anti-nerf...just hear/see me out

Sound familiar with the reason why not need to nerf xno, and finally ZG still nerf after Xno bring enough money + new heroes release. Already get used to this

I cant see any reason for nerfing any hero in this game anymore simply because… you can’t break what’s already broken.

Balance doesn’t exist anymore for a while now.

Everytime they nerf a hero, they release a look alike hero, even stronger, to push sales. So what’s the point?

Making people pay for a hero, nerf it, then release an even more overpowered version of it to make people buy again? No, i won’t support that.

I know heroes like C. G Panther are absotely ridiculous but at this point… i cant even care. At least let people use what they paid for. Screw zyngas greed.

So what do #1 in raid mean?
Face the fact, Miriam is too strong because both of her stats and her buff. You can counter the cat minion but Anne/Panther fires w +145% att, you’re such close to death.
Are you trying to blame ppl who calling a nerf to an impossible hero that they cant reach #1 in raid? Oh, come on. Even you spam Evelyn Quenell El-Naddaha Krampus Ariel in 1 hour, you still can reach #1 or at least 3.3k trophies. But War is different problem. Miriam just destroy a small/middle attack team easily since they can’t take her down.
This game is more like roster racing atm. But its fine to me because i stopped doing competive.
I’ve reached 3320 trophies 8-10 months ago i don’t remember correctly.
P/s: Never doing mono, 4-1 or 3-1-1 (except Rush), they’re all the same way of dying if your damage color have nothing to fire.

Oh god you are talking out of your backside mate.
Your arguements are absolutely hilarious.

MM needs a damn nerf and you know it. Its not about the heroes u have. MM doesnt have a clear counter anyways. Anything you throw at her the minions throw back. You cant counter her without a minion remover that usually gets overwhelmed by the 2 Guardian Panthers or Annes that sit behind MM.

They have broken the game. Right now if you dont have a godlike starting board you automatically lose even if you attack with 10 Panthers and 15 MM and the kitchen sink in your attack team.

Its not about what other stronger heroes will come, its about the direction of the game. If this trend goes on, in 1 year they release heroes that deal 700% to all and start with 50% mana. Its a stupid trend. THE MORE POWERFUL THE HEROES GET, THE LESS THE PLAYER’s ACTIONS MATTER
Right now the game is almost playing itself. Around 2700 cups If you dont get a very good board at the start, you lose. Your impact is minimal. The game is starting to revolve around pure BOARD LUCK and its freaking stupid.

Im sorry if you threw your cash at the game and will have your heroes nerfed. Thats bad indeed and the problem shoudlve been adressed from the start. Anyway, is all Zynga’s commercial strategy of throwing op heroes to make u pull, without actually giving a damn about the impact those heroes have on the game.

You do need a minion counter to beat M&M consistently. If you can’t remove those minions quick you need a strategy to weather the brewing storm. Buying you time? El Naddaha is a fabulous counter to the buffs (the rage one is the killer one IMO and the most problematic for me) or any other buff blocker. Counterattack works beautifully as well (Sif/Bennu especially to reduce your damage taken) to let the flanks kill themselves. In that scenario you can focus on wings after that and leave the kitty maker for last. Attack down heroes will let you survive the onslaught as well and get your tiles. Mana control is an obvious strategy too. None of this works ALL the time. Is that a problem? No. Nothing ever worked all the time.

The most problematic teams to me are the ones with two other Halloween heroes paired with M&M because then those three family members are firing specials when your breathe on them…literally every or every other turn.

If there was any nerf needed it would be to tone down the rage or family mana bonus IMO…but really she isn’t THAT bad. Went 4/5 last war against this kitty. She’s no worse than Alfrike in VF wars. 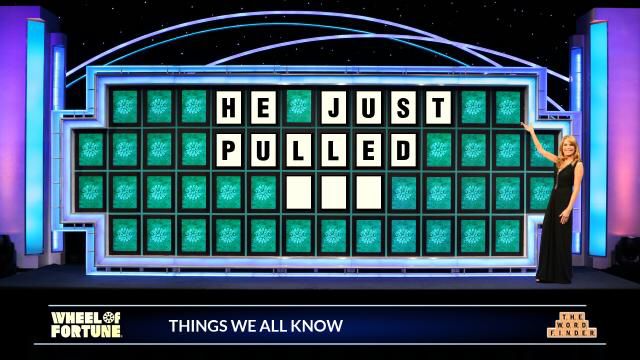 In the end Zynga nerfing new heroes is unethical as hell when they are releasing stronger heroes every week. Back when they would release 12 new heroes over half a year nerfing was understandable to actually achieve balance but when making heroes obsolete by releasing stronger heroes is their new business model any nerfing of heroes is obviously a scheme baked into this very same business model. It’s not about balance it’s about deceitful and predatory behaviour plain and simple. Nerfing does balance the game but when they release a hero to generate funds that they they know is too powerful and will need to be nerfed in order to not break the game you will be hard pressed to convince me and any right minded person that this isn’t anything other than a scam. Bait and switch is illegal in almost every aspect of our society except for this venue it seems.

I beat M&M tanks all the time…no nerf is needed. YOU and others like you cant beat her

This is exactly what they’re doing, it’s unethical and probably illegal

The problem is, as you said, most teams run more than 1 vampire. More than 1 Panter, more than 1 Alucard and so on. The chances of firing anything before Miriam are slim. Thus the need for a minion remover.
Sure , any 3 green stack can win you the game if u get your heroes in 3 moves. But how often does the board give you that? Thats 100% about luck, not skill.

Sometimes playing a Bera - onyx team will also get rid of half the problem. But overall i’d be surprised if the winrate of defense Miriam is lower than 80%.
Miriam by itself may not be the problem, its the overall trend of heroes that added together are way stronger than the sum of the parts.

As i said above, there are more than 1 thing that need to happen.
Ps: I would also add S5 passives to the list of things to be toned down.

I simply dont like the direction of the game. Release stupid heroes that oneshot you. Whats the idea here? Go mono and hope for luck? Thats not good game design. A game needs to be fun, not a source of frustration.
The game has only one focus right now: make people spend. Well isnt that great right?

First of all, no hero ever gets nerfed because community asks for it.

i belive kalo was, because of the community.

the uproar against him especially because he was a 4* was too big.

but eventually it is up to SG to decide.
i am glad at least they don’t listen to all complainters otherwise probably kadilen costume, khufu and goseck would have been destroyed long time ago.

i agree 100% with OP, most complainters don’t want to adjust and basically want 100% win rate with whatever team they choose

Was it the community or was it the game metrics showing that a relatively inexpensive 4* was being used as much or more than their darling expensive 5*? The community complaints may have been a coincidence. They certainly didn’t listen to the community about Telly’s third nerf. Most were even upset about the second as I recall.

I’ll say this as a mid-level player with some pretty strong heroes. I’m not afraid of facing any of the top M&M or Khufu teams. I have destroyed them both before they even get a shot at a special. You bring the right opponents to face them and (as always) get some luck from the board and you can take them down.
If you are upset about losing to them because you have to go all mono just to have a chance, keep working on your team. This game has very few hidden secrets, it’s all out on the table.
The double guardian panther costume teams suck but it’s all about the luck of the draw. If I can get my Sobek and Khonshu to go off before any other hero on the opposing team, I win 90% of the time because that usually guarantees I take outta least one of their best players.
My advice, don’t even try attacking if you don’t have the right heroes to face them. Build your own team with a synergy that makes sense. I get as frustrated as anyone when I have a win within reach and have my team blown apart because a bad combo gives everyone on the opposing team their specials but that can even happen with S1 heroes.
Happy gaming

100%. This game was always predicated on luck but as they push these newer heroes the amount of luck involved increases and turns this game into more of a slot machine than a strategy game.

LOL I think this is the key point of the argument

Yeah, the fairness is defined by SG

In fact, you don’t have to worry about what people complain about M&M much.

This thread is for discussing whether Goseck is well-balanced, or whether you think he needs a buff or nerf. This thread is NOT for general discussion of Strategy or Summons related to Goseck. For that, please see:

Discussion If you t…

There are more people in that thread than in the M&M balance discussion thread want him to be nerf but SG buff him instead.

If SG want to nerf M&M, nothing that you or other people here can do except quiting the game.

So, yes. It look like there is no fairness in this game like as you say. But in fact, there is really a fairness. It is just defined by SG

However, in M&M case, it is likely that she will get nerfed. I think she has too big impact to the top level raid/war. I am like 60%-70% sure that M&M will get nerfed. But this is just my opinion, if M&M really get nerfed, that is all because of SG, not me or people here.

1 M&M no longer best blue tank less than 2 months after launched
2 unlimited nerf have ruin the game
3 unpleasant players that failure to combat a new visual hero
4 unpleasant players failed to pulls the said hero
5 unpleasant players ignite the hatre in the game community
6 unprofessional visual game management from the hero concept, design and launching.
7 any realistic compensation for players who has invested some bugs for this kind of so called OP heroes?

Anything else, i believe this has been making a lot players turn away.

So why don’t just launching heroes with same stats, same skills, same speed, or even same colour? Then we will save a lot of noise for nerf.

“If becoming #1 is not your goal but to just play and enjoy the game…then why ask for a nerf? If your not playing to be competitive then why even waste energy in asking for something that really doesnt matter…because at that point you can just drop some food and skip to the next raid that doesnt have a M&M.”

Why it has been asked? Most likely tournaments and wars.

Raids is no problem with greens. Without greens is impossible, unless… You have more OP heros.

Waterpipe is the new big meanie to cry about rofl

We all know the patterns now… if MM starts to dominate( lack of diversity) and no newer heroes can knock him off the throne, ( affecting sales ) then they will Nerf.

That’s is why every successful hero will be it’s own downfall… hence the bait and switch.
When nerfed everyone will have to pull for the new latest replacement.