Depends if they are maxed out in every aspect.
Kufu is not one of my skip against heros in raids and I usually raid with 3 4* and 2 5*.

The lunar portal lies it says xeious is featured but that is a lie. The holy portal says Leonidas is featured lies . 4 broken portals in arow dont trust them . Dishonest.

Huh? Seasonal portals, which Lunar is, never had “Featured” hero at higher odds. Neither do elemental portals for S1 heroes.

Both Elemental and Seasonal do not have Featured Odds. 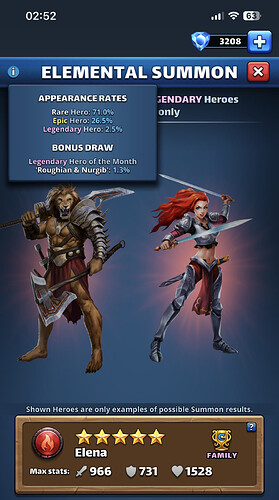 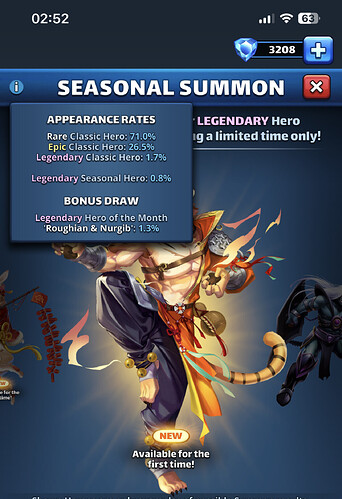 For these 2 portals, “Featuring” is more of a highlight. 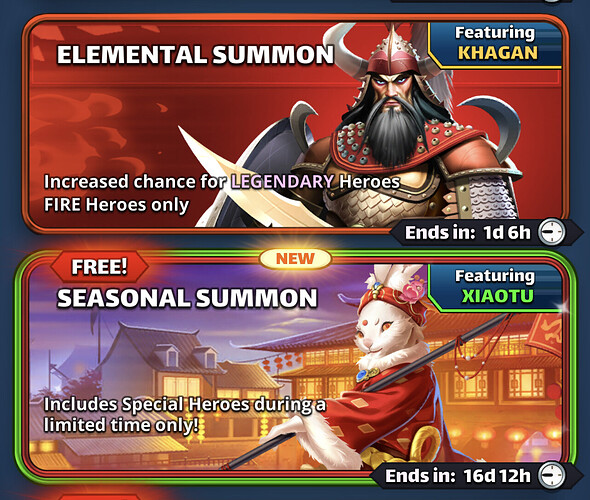 It has always been this way.

I told you to react on low chance 0.8% to get Lunar, don’t spend. But you didn’t listen!

Now SG is setting this new low level as new standard for future event portal, love event what ever …

Obviously you spends money on Lunar, telling SG that it is okay. It is pretty far from okay.

I’m honestly surprised they haven’t added more heroes at 0.1% chance or whatever. Wales will summon no matter what, so they just increase their revenue. Or maybe them adding heroes to existing portals already achieves that goal as the 1% odds are then divided by 10 different heroes and to get the one new one it’s the equivalent of 0.1%. Just predatory. 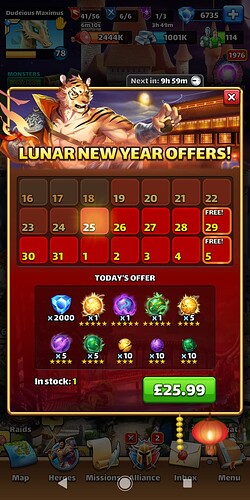