These look like my 1 every 4 chests. If you think this is bad, maybe you have been lucky most of the time? I’m quite used to these chests.

Mission chest loots have their ups and downs and i think reduced loot perception is caused mostly by confirmation bias. I also had some really unlucky streaks but yesterday a raid chest gave me a tonic so useful loot is still out there. Or maybe you are indeed unlucky with your loot but i do not believe that the in-game odds have been changed. My approach is to expect nothing and be happy when something good pops up

no drama this way

Tbh nowadays what I most appreciate from these is food and iron really. I don’t need another mushroom, training manual, arrows and grey token - they just make it seem as if something is there while there’s nothing.

What’s much worse is the loot from elemental chests and rare titans, these appear maybe twice a month, give you false hope then usually leave you devastated. And I’m not even with the conspirationists who say it gets worse and worse - it’s been always a crap, just the more advanced in the game you are the less things will make you truly happy (I still remember how happy I was about pulling Boldtusk or Melendor, now they just get in the way lol… it’s same for anything else in this game).

And @Dan7 thanks for that nice journey to the past lol. Good old days.

But in reality, that’s not much worse than the food + iron + common herb + string + 1 gem + common summon token that I normally get.

It is not a perception but really is reduced loot. Im about to come upon 3 years of playing E&P and you would expect this from MV. I’ll have to dig in my archives for what loot was like in the beginning. It was worth filling those chests. I want to stay happy and content and am really trying but terrible chest loot, titan loot, war loot combined with boards that have to be planned is draining the life from the game

My loot from monster chest. Not the worst of the topic, but seems a joke anyway. C’mon SG! 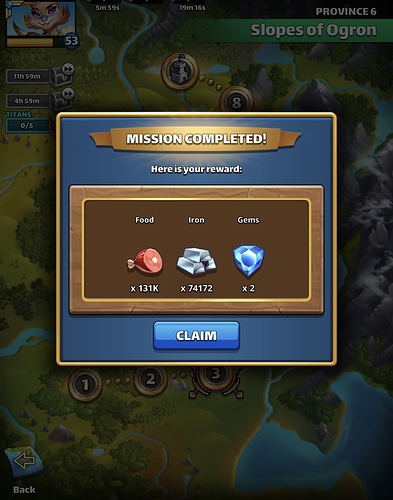 This thread is really nice - I no longer feel too alone! Sometimes that strive to fill a chest is like a balloon losing it´s air.

I guess it makes the excitement to get additional loot greater. 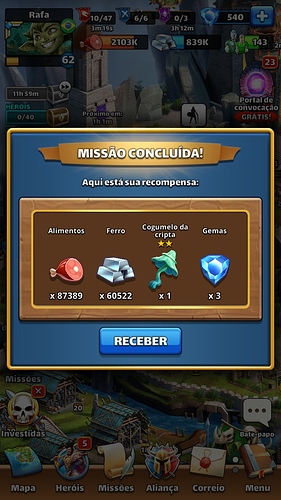