Loki and Alucard have bugs on specials

Alucard is not stealing buffs from target, just copying, for the target is keeping them.

Hope this helps, thank you.

Loki’s copying mindless attack is working as expected as mindless attack overwrites the Special Skill. So that will be hero’s special skill, and Loki can only copy that.

I will try Alucard soon.

So mindless attack is supposed to block Loki from copying? I’m learning now, thought that besides such ailment it would have been possible for him to take use of target’s special anyway.

Mindless Attack will be the special skill for the enemy.
So that blocks copying the original skill, and Loki deals damage to an ally.

I have just tested Alucard too.

For me he removed the Attack up or healing over time from the enemy after I fired his skill, and it is applied to himself.

So it seems to be ok for me.

Since when does Loki do a mindless attack? Bugs & Issues

I was raiding a team and I tried a board flip which enabled Loki. He does not copy attacks like Myztereo but he hit my team with a mindless attack dark cubes just like Alfrike ! As a result I got smoked ! [Screenshot_20210724-131345_Empires]

@Ruskin505 as I see you shared a link to Beta Lounge, which is most likely not available for the poster.

I don’t want to make a big deal of it, but can confirm on Alucard after having tested again that he’s no more actually stealing effects such as counterattacks and def buffs, for the target is keeping it while he’s getting one himself.

About Loki I had no idea but it seems nonsense to me that he’s copying an ailment instead of the actual special, this is why I’ve reported.

Which version are you on ?

he’s no more actually stealing effects such as counterattacks and def buffs, for the target is keeping it while he’s getting one himself.

Well, that’s because he doesn’t steal buffs from the target… 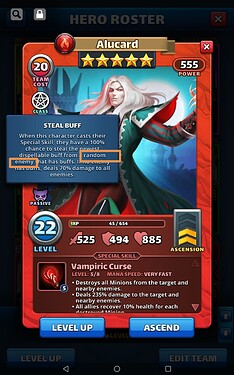 He steals buffs from random enemies, so if you just focus on the targets he hits, you will miss it. 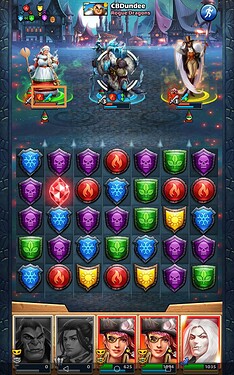 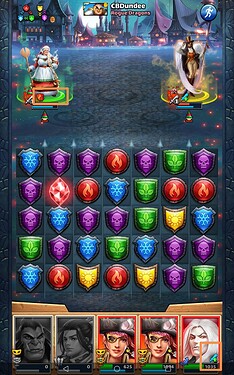 First picture you can see all heroes with buffs. Second picture Alucard hit krampus, but he steals the buff from mother north whom he he never hit. So everything working fine.

He is not copying an aliment.

He is copying a special skill… 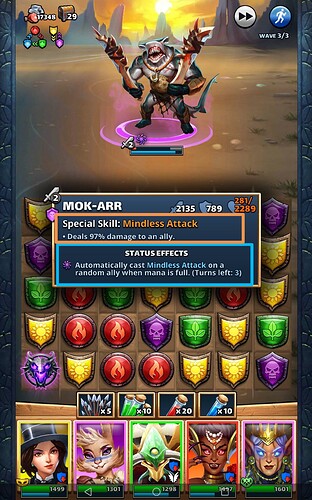 And that’s exactly what loki copies. If he would copy the status effect mindless Attack , he would get the symbol, his own special would be overwritten and if he gets full mana in 3 turns he would attack an ally. But that doesn’t happen, because he copies the special skill mindless Attack, so he instantly deals damage to an allie and after that everything is back to normal.

The wording of mindless Attack is not ideal, but loki functions as he should facing such heroes.