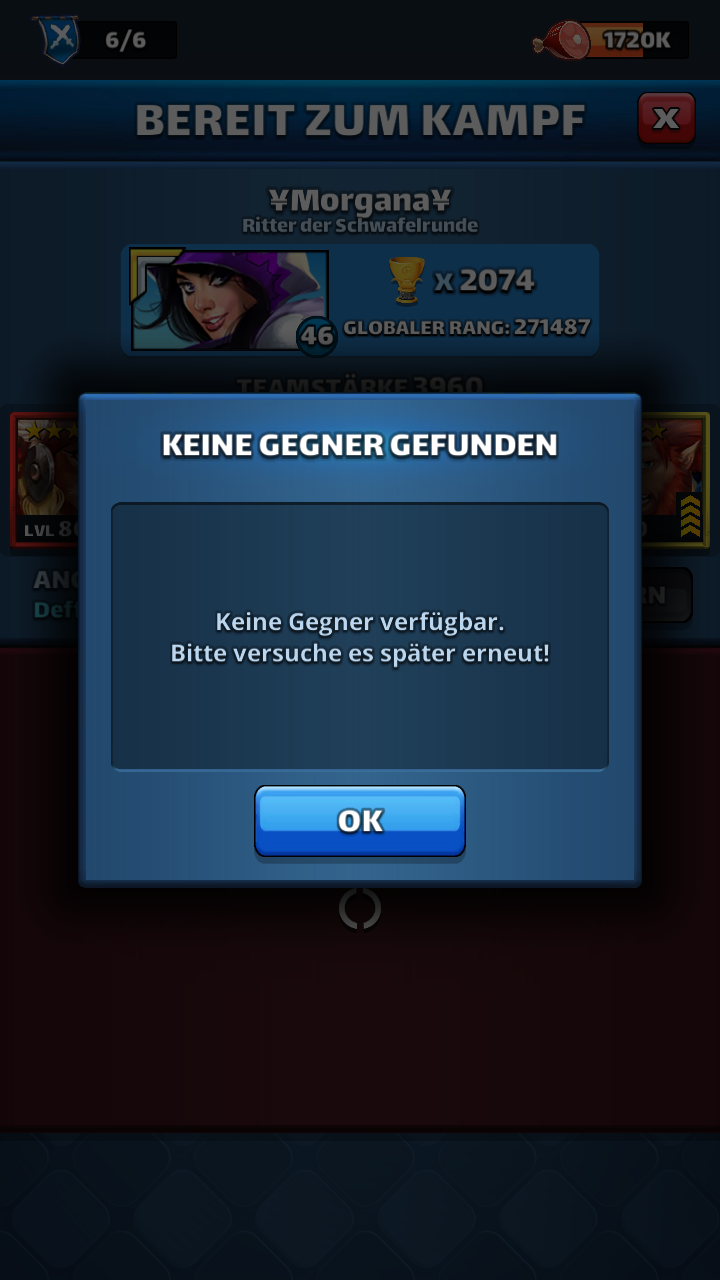 Hey @Morgana39
This is a known thing…
@zephyr1 can you move it?

Just know that you have to “say” it in english language…more easy for others to know what the problem is.

@morgana39 I changed topic to English version. Hope you are okay with this.

I’m getting the same message

No opponents in raid every time there is a new update something happens.

Same for me, I updated the version today to 21.0.0 build 1008 and no opponents i raid. But people can fight against me and I have lost crowns. I feel like I’m at a disadvantage. Any ideas?

Upgraded and now can’t find any raid opponents. Upgrade everyone, I need targets

Can’t upgrade and can’t find any targets. Typical.
(I mean in watchtower. This was moved from another thread.)

Weird, my game is updated and I can found many enemies.

Interesting, if you go in for a revenge and select someone who is on a different version, it asks if you want a reroll. When I said yes, it came up with an opponent. When I do a normal raid “find” it still doesn’t find an opponent.

Can you tell us what the trophy delta was on the person it found?

I didn’t notice before I raided, but if I do the math I think they would have 2652, been but something doesn’t make sense because I won 44 cups and they wouldn’t have had more cups than me if that was their number when I raided.

Weird. Something sounds buggy if there are matchable opponents, via one method, but not another. If the delta was more than 300 trophies, that might make some sense.

Same here. I can’t find any opponents and can’t get my revenge since all the attackers are playing on a different version.