My display seems to jump around randomly on the base screen, and battle screens have the heroes inverted and zooming in and out about once per second, so that the bottom row is occasionally visible but functionally inaccessible, while the next row is sometimes covered but can still be used. This is a bit disconcerting.

Edit: still happening, getting more frequent. The only fix seems to be rebooting my phone. HTC One M7 running Android 5.0.2.

Update 29th April 2018. It’s still not resolved. Might be OK for a day or two but then happen two or three times in one day. I don’t like having to restart my phone all the time over one game. If it gets any worse I’ll be leaving.

I am having this same issue 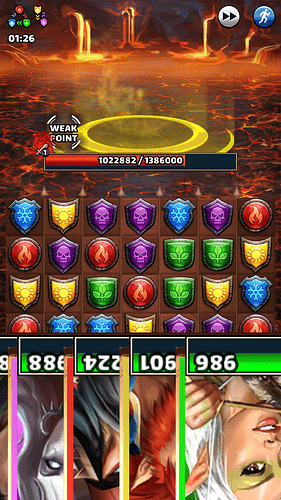 I keep getting the blank/white silhouette titans and heroes on the summon page. The titan actually move, but they just look like paper silhouettes…lol

Have same problem, but couple of restarts helps to play normally.

Have same problem. Also Galaxy/Android…after restart of my phone it is ok for a while but bug appears again and again. Often after I pressed the button for turn off screen (start button an the right side of my Galaxy S4 mini)…will this bug be fixed soon?

Did you start to experience this issue after you updated your game? 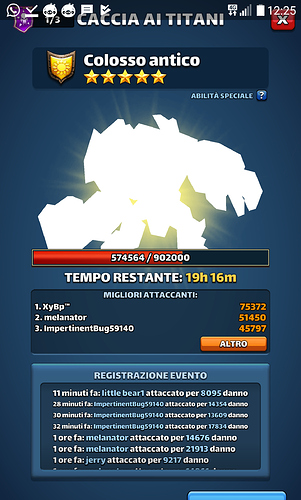 Happen once after the update.
Not anymore after that.

Exactly Petri. After update I was in our chat and everything looks fine. Then I wanted to have a look on upcoming Alliance War and when I scolled I was driven at the edge of the scene. Then I tried to have a normal fight and saw heroes jumping upside down as on screen shot…

Thank you for the reports, we are currently investigating this here. My apologies for the problem!

Yes, the problem occurs since the latest update. Even reinstall didn’t solve.

I have the issue everywhere now… right after the update everything seemed fine until I entered world map, and the the whole game started jumping and my heroes zoom and jump

I just tried again and everything worked fine. The issue obviously doesn’t occure always after starting the app. Haven’t changed any settings on my phone, just tried again.

…and I can add that problem is only solved by re-staring your phone. Just leave the game or stop it is not enough…

I’m having the same issues after update 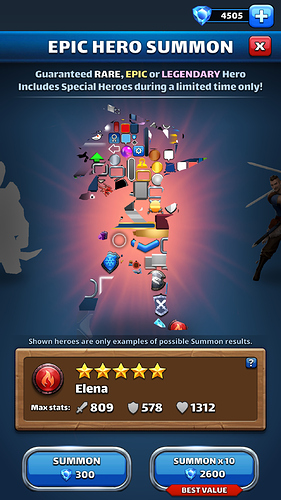 I had this image glitch

I’m getting those too

I had this image glitch

Gryphonkit, my wife, had the same glitch with Master Lepus in the Epic Hero Summons. She is iPhone 7 Plus.

I too am experiencing this. I’m playing on a samsumg galaxy tab pro with android 4.4.2 Not sure it was the upgrade because I switched from an amazon tablet due to glitches in the chat, it kept dropping my keyboard and resetting.