Kiril or Boril who's better tank

What do you guys think? Kiril or Boril as tank?

Definitely Boril… Riposte for the win.

I prefer running Kiril for buff booster tournaments and occasionally switch him in for war defenses.

Mostly Boril fills my tank role though. Stats wise he is more sturdy.

For buff booster modifiers, definitely Kiril. If we are talking raw defense, then definitely Boril.

When going against a defence team, my experiences are that Kiril is a much bigger problem to deal with.

Boril is certainly good, but if you have a buff remover (e.g. Sabina, Caedmon, etc) during attack then things a quite different.

So Kiril is good against buff booster
If not, Boril or both

For me Kiril is the bigger pain…

Boril - especially if you can get some emblems on him as his talent can ignore dispell attempts!

You can dispose unwanted tiles to Kiril and the worst you can get is that the enemy buffs both attack and defense without much effect to your raiding team. Doing the same to Boril has consequences as you cannot just dump favorable and unwanted tiles to him again after he has activated his skill as this will only cause him to recast his skill, prolonging his Perfect Riposte, not to mention depleting the health of your heroes when same colored tiles hit him and nearby. This is a no brainer as we all experienced this way back when we were new-ish to the game. We try to avoid him and Cyprian unless we are strong enough to go mono to get him to thy kingdom come or have a charged Melendor at hand.

If I am defending, I am making Boril as tank.

Both can be pretty good tanks, i usually avoid them when raiding because I lack Green power in my 3* roster.

It depends on who else do you have. If you have another healer, Go Boril, If you don´t, Kiril may help you. But if the enemy has multi Green and Good tiles your chances are lower. stacking colours may be dangerous against Boril due to riposte.

Both can be countered anyway.

Muuch depend on the playing level.
Boril for lower platinum and gold arena where most players are still trying to find their foot in the game.
Boril too for the big bosses in the events as big bosses, with Ursena being and exception, usually does not have the dispel ability.
If you want someone good for red titan or a decent healer, Kiril is the answer. A +19 emblem Kiril hold himself well into mid diamond arena where Boril fail.
Level both to the max and try "em yourself as both will be useful in more days to come.

You think?! I disagree… 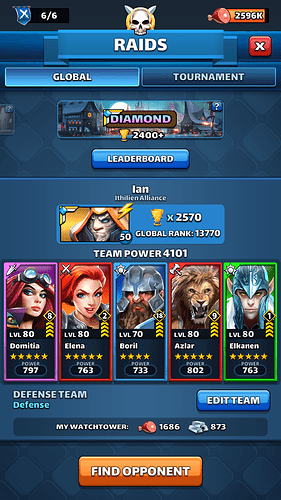 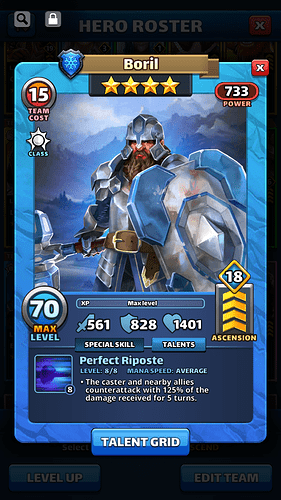 Boril’s defensive stats rival those of emblemed 5* tanks and his role is to delay the attacking team for the wings to charge their devastating specials. Also he encourages the stacking of greens, when the real enemies are Elena and Azlar. It actually works.

For tank definitelly Boril. For all the rest Kiril by a mile, but my experience is Boril is the only diamond worthy 4* tank.

his talent can ignore dispell attempts!

Is that possible? I have faced many emblemed Boril and not even once he ignore dispel… Whay does it mean by ignoring dispel attempt anyway?

No, Boril is a cleric, his mana shield avoids negative mana effects and ensures the successful use of the special skill. I think the second part means he can not be silenced by Miki or green Peters or any other effects that prevent the use of special skills.But he can’t igniore dispell.

Those are some great stats! Did you take the ATK + HP path in certain node choices? Mine is at +11 but has higher defense than yours since I’ve been going full defense route.

No, not yet. But that one is painful at tank due to high def and health!

I tried to keep some balance between health and defense, for nowadays there are lots of defense bypassing damage factors. And I missed the first health node, as I had no real interest in Boril at that time, which I now kind of regret… +36 life would have been great at this moment for a mind blowing 1437HP on a 4*… 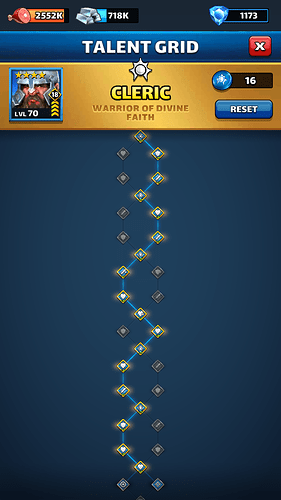 Afair, I have never come across a Boril’s tank raiding above 2600 cups but I agree with you that Boril with emblem (he had much better stock d/h than Kiril) can hold himself well in any offense team up to high diamond. But a cold blooded killer like Kageburado and a piercing ranger strike might work to his disadvantage. I find out a +6 Lianna can shot thru’ the riposte unscatched of about 4 out of 6 attempts.
Again, it will be much depend on one’s playing style / preference. The best way is still by leveling the hero and get a hands on experience rather than based on mass opinion. Different people may have different opinion.

You might come into mine around 2650 - 2700 almost daily… but my Boril is usually a trustworthy as tank and wins many defense battles between 2500 and 2600. Also, so far, he’s 100% diamond proof. I never found my team below 2400 when I logged in in a very long time. Of course, active raiding is the key to that, as for most teams.

Anyway, to return to the matter at hand, I find Boril to be 10 classes over Kiril as a tank. Of course, as I said before, for anything else Kiril is your man… aaaa… dwarf

So, my 2 cents are, @Fastgoat, Boril if you look for a tank, Kiril for anything else.