I have asked this before and I don’t think it works like that in towers. Because it’s a fiend and not a status effect, so it doesn’t work like carol in towers

Because, if you think about s4 and honestly s3, many of the best heroes came out first and the middle heroes were rather hit or miss. This time, it looks like they’re releasing the so/so heroes first so that way people pull more and have a chance of pulling a terrible/undesirable hero which would keep them pulling for the one they want.

I guess that makes sense…

Not many people agree with you over all the social media sites I visit on a regular basis.

El Naddaha and Khonsu are the only real good ones…the rest are meh (Sobek, Khufu) to bad (Horus).

How do you pronounce his name
Crappy?
Creepy?
Capri? (As in Capri sun)

Anyone confirm whether his ranger class can bypass Esme and Gaillard anti-fiend buffs? I.e., is it possible for Khepri to spawn fiends upon opposing heros he hits with anti-fiend buffs up-and-rolling?

Ranger class only bypass Defense Buff and Counterattack including Reflect + Bk (1Hp) and Stoneskin.
I don’t know but i am 90% sure that the skill (the Bomb Fiend) won’t Bypass Anti Fiend buff, so you can prevent the Fiend by using Both Esme and Galliard.

I like this hero, I think he is comeletely underrated. Will LB Ahhothep too they seem to have a great synergy

How do you pronounce his name
Crappy?
Creepy?
Capri? (As in Capri sun)

I find it odd that the god of the rising/morning sun is in the moon family, but I guess they did that to short circuit the inevitable “Khepri Sun” jokes. (Khepri and Capri are pronounced slightly differently, but close enough to make the joke.) On the other hand, if you still want some Khepri Sun, take a close look at Roc’s juice box…

Sobek is a monster, a few in my alliance have him. Great hero.

Agreed. I had 63 defense up and probably shared damage and he just sliced right through it.

Managed to get him. 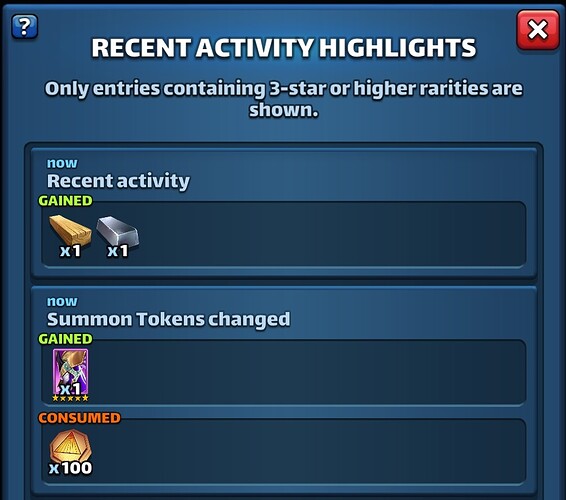 I like mechanically unusual heroes and exploding fiends is something new. Plus they still act like fiends until they blow up. And with Moon passive those bits can add up very quickly. But I am sure I need to test this … what is it? … before jumping to any conclusion.

The bomb damage should be more because it doesn’t explode if the target dies prematurely. So he’s losing out on a lot of damage.
I feel like he’s meant more for defense and also designed as a hero that builds a lot of pressure against stall teams.
He’s also a fiend spawner that’s not entirely useless again Arco when his skill is timed right
There are some indirect advantages he has

Hex Guys! First of all, I’m new to this forum as a writer (have been reading everithing for a long time though), so please forgive me, if I make any mistakes on the topic or whatsoever (also english is not my native language, so have mercy on my spelling^^).

I have pulled Khepri a few days ago and I’m definitely going to level him, as purple is my weak colour.
Could you maybe help me and give me some input on how to emblem him?
Should I mainly go for att or def?
I see, that the exploding fiends won’t be affected by att+, so I’m leaning towards a defensive approach (even more, because my def team is pretty weak).
Would that make any sense or do you have other ideas that will suit him better?

Would be glad for some tips.

If it was me I would go the attack path first, ,he’s a damage dealer plus fiend summoner, the more attack the more damage he deals

Welcome to the forum @Pr0c4mp3r

Congrats on your summon. I’ve been lucky to have him as well (although he will have to wait for the mats).

I’d go all attack as he is a great offensive hero!