Is Tarlak too squishy

How to overcome his squishiness in raids and titans?

He is same squishy as Wu, but even more attack and less gamble, so there’s only one thing to do: protect him like he was your own daughter pregnant

He is squishy, but I would’t say too squishy

He has 667 defense and 1240 hp when maxed, that’s solid. In my experience, it’s best to use axes or bombs on titans, they generally have very high attack value, so it makes them substantially weaker.

He is the best green for titans and a nice additional healer. But green currently doesn’t have a lot of great choices. You have alberitch, zeline, Iliana, tarlak and gregorian. The majority of those are hotm so unless you expect to get illana or the next green hotm in December id say go for tarlak.

But he’s only a wanna be wu. Wu is still better on the effect. I would change to tarlak only because he has 5 star stats and thats the only thing why

Currently raiding in diamond with Tarlak 4^70 and no healer. Not a sure thing, but fun.

But he’s only a wanna be wu.

Only people who don’t have him say that

Wu alone makes a 185% buff and is stackable with boldtusk. Tarlak has 100% and cant get over 195%
If you have the right troops than wu is the better choice. Like i said the bad thing are his def and hit points

You are not taking into consideration Wu’s 32 % chance to miss. 32 % of 185% is under 60%. No matter how many buffs you give with he still hit rate is not going to keep up with tarlak. Anyone who has seen I’m in action knows there is no comparison especially in higher tier Titans when will is easily 1 shotted.

Tarlak is reliable while Wu is … well Wu. We love him when the tiles hit for +3k and curse him when they miss and the titan one-shot kills our heroes. IMHO it’s about rebooting our brains to work with reliability vs gambling

Against high level titans (11+ stars) the “not missing tiles” means you have more chance to hit the weak spot and stun the titan.
A titan stunned don’t hurt your heroes (or directly kill them) so you don’t have eventually lose time cure yourself and the buff is still in place for all your heroes (a dead hero lose all the buffs).

So against that kind of titan i would probably (don’t have him, so i’m not sure) prefer Tarlak over Wu on regular basis.

I can still consider Wu kong > Tarlak against purple titans and maybe reds (for colour reasons), but even there (on reds more then purple) i’m not completely sure.

Must ask on some top player for that.

Oh I am not saying Wu is garbage by any stretch. And yes there are situations such as a red titan I may take with over tarlak bit honest it’s just theory craft for me as I don’t have talked ATM. I have seen friends in real life with him as well as the effect he has on fellow raid members to base my conclusions on though.

Tarlak is better, except green-rare titans with reflect

Thanks everyone for your comments. How about raids. Anyone ever used Tarlak for diamond raids?

That’s exactly what I am planning to do. Now I just want to know how good Tarlak is in raids.

I’m leveling up both might be awhile. So I can’t tell you…
But I consider raids 2 different beasts
Attacking raids and defensive raids
Attacking raids I lean on Hansel and hel like crack to shut down problem hero’s like guin.
I will drop Hansel for tarlak once he’s leveled for defense and see how he does…
I also want to tinker with a maxed triton to see how effective and annoying ares and tarlak heals are when they both tick for 200-300+ heal a turn…
odds are I’m just going to drop triton for magni and his fast def buff and sniping ability when flanked by ares
But it will take me time to level those guys

@Sanchezsam2
With Ares at 3.40, together with my 3.70 snippers it is less of a problem revenging/defending my watchtower. Ares is truly good. I hope that Tarlak will be as good. 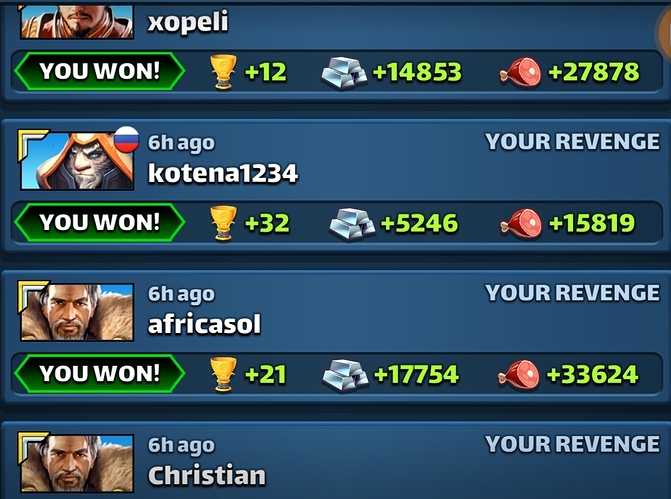 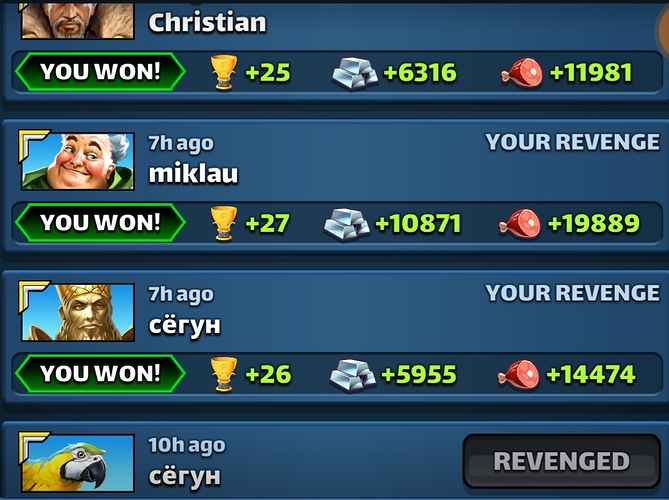 I’m currently fighting 12* titans and just wondering if Tarlak will still get one-shot by them even when maxed (def 667, health 1240). I usually throw up a turtle banner before any incoming titan hit but at 3-60 he still gets crushed (even with axes). I don’t want to spend the tonics on him if it won’t make a difference. Thanks!