Is it my own fault?

After my May 2020 chasing Gravemaker at Atlantis debacle, i started tracking pulls and other drop rates. Well, since the V43 (it might have been V44) release in Oct/Nov the 4* asc mats have fallen off a cliff. I believe this is when rare quests went to weekly, and also the new legendary tome of asc (that is equal to a tome, d-blade, and 6 of the 4* mats) came into the game, but wasn’t active yet. So, with the increased frequency of rare quest, and potential legendary tome of asc, did they drop the rates everywhere else? So people would think these are good things coming to the game, but really just another way SG tries to fool us with perception?

I used to get 6-7 of them from random places, MV, reg titan, rare titan, color chest, AL, bonus chest, really anywhere outside of guaranteed quest, PoV, and seasonal. Since then i’m down to less than 4/mo (granted much smaller sample). And actually, it has been almost (tomorrow is 1 calendar month) since getting my last 4* item from a random source, it was a tonic from MV.

It is getting a bit ridiculous. The drop in loot is really quite apparent. I have gotten 1 - 4* asc mat from my last 20 (and actually 0 of last 18) either rare titan (1 for last 7, and 0 for last 6), color (0 for last 9), or war chest (0 for last 5). I understand the randomness of RNG, but this is just getting ridiculous, especially for things like the war chest which at best get filled one a month.

I dunno, maybe i need to stop tracking stuff, but it is noticeable, and feel like we’ve been duped by SG’s perception of creating a better playing environment for us.

Funny, I have the complete opposite feeling, since the middle of December, it started and gave me telescopes and darts from nearly everywhere, also 3x tomes of tactic (I usually just see once every two months).

I am tracking my 4* mats too, I am on an average of 3-5 per month from rng plus rare quests, seasonals and PoV. Maybe you had an high followed by a drought?
I think that is how rng works here. I had a similiar issue with TC20. In the first 4 months I got two 5* a month from 1,5 TC20 ( one running without pause, the other producing feeders half the time). Then I had six months without a 5*, now I am back to one 5 * a month, only running one TC20 at the moment. On longer terms everything evens out to the published probabilities….

It’s been falling off for me, but you’ll get the defenders in here soon saying we’re being miopic in our analysis. So yeah it’s probably your fault.

No one will change your mind. I haven’t noticed it and if anything has good RNG this past week.

I can go for months without a free 4am from MV, and then get 2 in 1 month.

I track my free goodies.

Is there a perceptible drop? I don’t feel it but then I can only say that for my own account.

I haven’t noticed it. I’ve actually been pretty lucky lately. Don’t get me wrong, the drop rate is extremely low, but I don’t think it changed. Take all this with a grain of salt, as I don’t record any of it.
I do seem to get a lot fewer costume keys though, and those are easier to keep track of, as I can simply count how many I got in a fixed period of time without writing it down. My alliance mates have noticed the same trend as well.

RNG is streaky at times. After a few weeks of low responses you start to believe they’ve changed something. But when it gets hot again we don’t come here to say the opposite.

It’s just how it is. Over a wide angle view it doesn’t feel different now how it’s been all year.

But confirmation bias is near impossible to change. So if you think they’ve changed it to be worse then that’s what you will think irrespective of anyone else’s thoughts.

I’m also tracking gathering 4* mats. For me I recognized it in autumn last year’s that it starts falling down. Before I got around 12 per month (everything included). But now I’m between 8 - 10 and this month is going to be horrible with, if nothing else except the quest is incoming, 6 mats.

From some sources I’ve got incredible lacks:
Colored chests: over half a year no 4* mat (at least 3 per month)
MV: nearly 5 month no 4* mat
Titan: was normally my first point of delivery with round about every 18 days a mat, but last time it was over two month between both receivings and now am again nearly a month without a mat

Colored chests: over half a year no 4* mat (at least 3 per month)

Imho this assumption ist wrong, I think four coloured chests a month is a good deal, but to expect 75% 4* mats is not realistic.I would say it’s way closer to 25%.

so I have a mixed bag, my ascension mats drop rate has been horrific lately but my pulls on heroes has been borderline comically astronomical. Go figure. It truly is a numbers game and just play within your limits and continue to plug along.

I would be interested in what your data shows over long time frames i.e. year to year if you have been tracking since may 2020. could you break it down by 6 month intervals and compare.

Hard to get an accurate picture of the actual drop rate without a huge sample. An individuals performance even over a year plus is still too small. Look at all of the people that have dozens of HOTM or other event heroes with a relatively small number of pulls. It seems streaky. With individuals getting crazy good luck over a small time frame. While large groups of people are gettting nothing. Good luck though.

In Cotober-November 2021 I got 4 in total, in December 3, in January so far I got 6. Since the drop rate of 4* mats is anyway small, when it gets even smaller over longer periods of time I can surely imagine that it gives this impression.

And another “fun fact”, during that time I was hitting 14* titans. Now I am hitting 10* and get more 4* mats. And on average I got more mats from C loot and B loot than A loot. And I only once got a 4* mat from A+ loot and lately I have a lot of A+ loot

This is how RNG works unfortunately

What I do think has changed though is the drop of good loot from elemental chests and titan chests, when I compared my frst 6 months of playing (December 2020 - May 2021) with the period afterwards. The last titan chest I did not get anything “good” and the one before only 10 emblems

From elemental chests I get nowadays a 4* mat on average every 2 months. In my first 6 months I was getting a 4* mat around every two chests.

I do have the impression though that new players have better odds in order to “motivate” them to play and really get into the game. I got Black Knight in my first 10-pull in my first week of play. And one week later I did some coin pulls and a 10 pull in the Ninja Tower and I got Cobalt, Mica and Jade. I did many more pulls afterwards in the Ninja Tower, but I only got Garnet a few months ago and no other 5* since that second week of play.

Concerning the 4* mats though, the joke is on them if people get too few, since the incentive to pull for new heroes gets lower if you don’t have mats to max them anyway.

PS I just got a tonic from a rare. At the same time the titan chest gave me only 5 emblems and 3 loot tickets

I made the tracking only for 4*. Mats. From every source. I came into a conclusion that I won more Than I thought. Around 12 itens per months. There was some months I got 15. But the nornal is 12.

but you’ll get the defenders in here soon

What is a “defender”? Is it anyone that, based on their own experience and evidence, disagrees with your negative views?

What is a “defender”?

I have seen something of a stabilization/decrease, but I keep track of my drops and I know why. When I joined my alliance a year ago, I was hitting B on 9* titans. Now I’m hitting B on 11* titans. Drops went up, no surprise, but we’ve been at 11* for a while now so no huge change recently. Also, last year I got Atlantis normal, Atlantis Hard, and Valhalla normal drops. These windfalls will come again, but right now it just doesn’t seem like I’m experiencing the same increases.

Maybe this is true for you, maybe not. But keeping track of where your drops are coming from is a good way to manage your expectations.

I believe this is a defender. 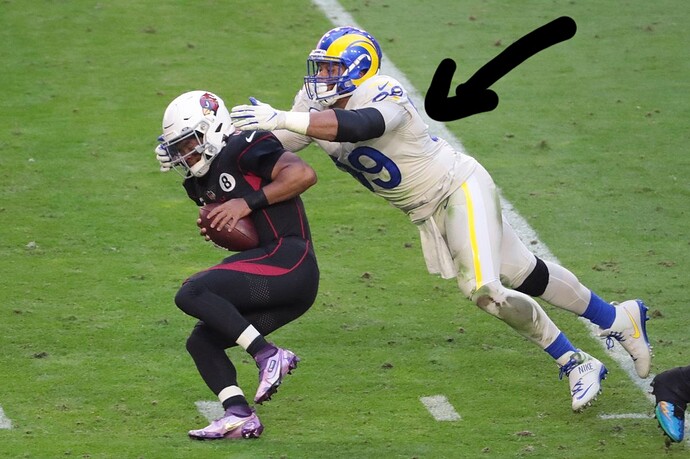 Should check out my own thoughts on this and my thread

I like your posts cause I have compare to mine pseudo rng algorithm. I must buy 4* am quite often because without it I had few 5*. That is the truth and big absurd. There is too many cards and some of them you never play because pRNG. I have about 30 5* to ascend and bad luck. Look at guy called Neo. I think he have all the 5 from game and all ascended