Is it better to work on Troops Vs. getting more heroes?

Hello everyone!
I unfortunately, like many been addicted to pull & collect as many as possible new shiny heroes. “Many times without success!”
My alliance mentioned to me few times, that I should concentrate on leveling & pulling more troops, to obviously be stronger. Especially I am soon to be at level 60 & feel like I’m behind many people of my skill level.
So, my question is, how important & advantages are to concentrate for a while on getting troops only? Knowing I might miss on future heroes.
This is my main team & few of my selected heroes as well.
Thank you in advance for your feedback & hopefully convincing me to stop my hero pulls madness. 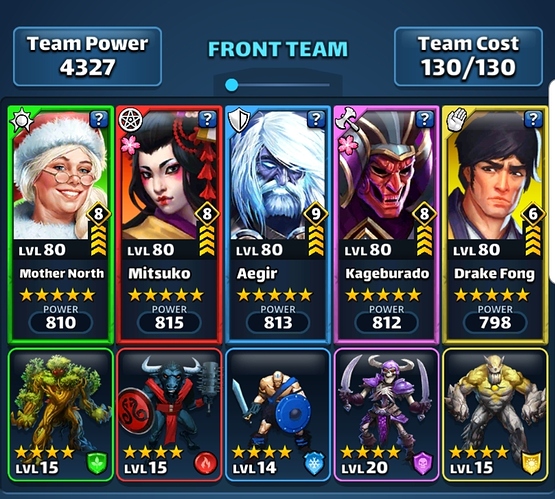 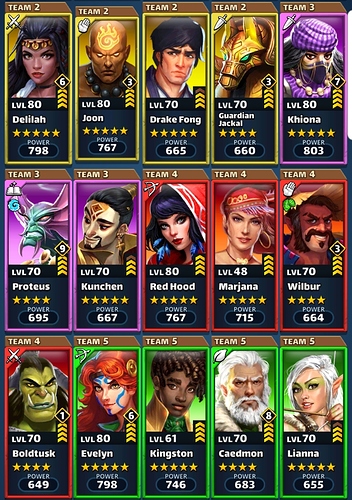 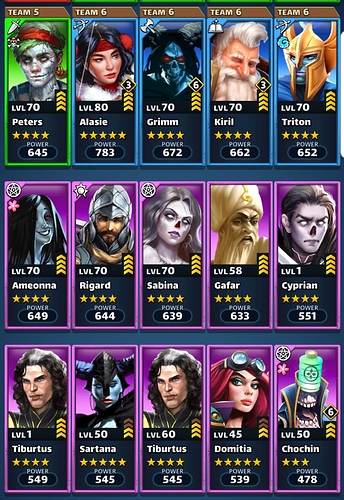 You are WELL ahead of me at level 53. My top troop is level 12. And I have zero of the heroes in your front team.

You do have the heroes there to compete with. But what do YOU want to do? This is your game, not someone else’s. I’d concentrate on strengthening what I have, but then I play f2p and what I have for the most part is what TC20 gives me.

With the number of heroes you have and the number I assume are still unlevelled, I would work on the troops.

I’m at a similar stsge to you where I know I have enough heroes (just want that new shiney one!!!)… Probably more heroes than I’ll ever level.

So yeah, I’d probably focus on some troops for a while. Let your wallet recover

Thank you for your feedback. You are right saying that it is my game style after all. But I do spend around 4000 gems every month trying pulling heroes & feel at times I should concentrate on troops but can’t find the courage to do so when I see those new heroes showing up every months

I say DO NOT spend 1 gem pulling troops. Now if you have them, then by all means feed them.

Thank you for your feedback. I’m glad you understand how uneasy it feels giving up trying everytime to get those shiny heroes & of course leaving in many case empty handed

Rohn, could you please elaborate why I should skip pulling troops?

I would say what I see as a problem for you level is you should have way more selected heroes maxed out.

You gain enough troops throughout the game. I would NEVER summons a troop. I am sure whales summons troops. But in my suggestion I was just assuming you are not a whale. I gathered that from the fact that you said “Many times without success!”

It’s an interesting point of view. But at some point it is harder to level up troops based on the XP expected at every turns. Also, unfortunately 3* & 4* troops doesn’t show all the time for free.

Leveling troops is a real grind. It is IMHO not worth spending on pulling troops. There are enough ways to get troops needed with ETT and silver tokens. Plus leveling troops uses a LOT of ham. I’d concentrate on your existing heroes first. Unless you REALLY want the current HOTM but the last few have only been incrementally better than what’s already available. Even Kingston is only a little better than Lianna as a sniper (of course this could just be me fooling myself with my 3 Lianna and no Kingston

Thank you so much for your feedback. Maybe I should save my gems for season 3

I unfortunately, like many been addicted to pull & collect as many as possible new shiny heroes. “Many times without success!”

Okay, I can see why, initially, as your roster depth makes me weak at the knees (Im a level 33 CTP), but at some point you have to realise there is no reward left? I have many many weaknesses but gambling is quite possibly the only vice that I totally fail to understand. Seriously, just setting money on fire would give me the same pleasure. Even drug addicts get something for their cash. Gamblers, what do you get out of it?

Pull for good heroes and compete in the events, troops will come for free.

Keep an eye to the Recruits II thread for a bonus troop token.

But yeah… setting a limit on pulls while you focus on troops isn’t a bad idea. I’d keep TC20 running too… hoping for Mel, Scarlett and Magni. Those would be some cheap solid additions for your roster and war depth.

You roster of heroes looks quite robust, so I do think it’d be beneficial to work on your troops. I’m not sure if you have other mana troops (only the blue one is showing), but if you do it’d make sense to level them to breakpoints where they shave a tile off your primary hero in that element.

Depending on your store of troops, that may leave you with food to space; I’d suggest finishing the many worthy heroes you have that are not maxed with your feeders. Marjana and Kingston particularly stand out, since you’ll want them maxed to maximize their efficacy as snipers. May as well finish Gafar and Tiburtus since they’re through their final ascension. Kunchen and Lianna too, if you have the mats.

One great thing about the troops is that they’re a durable investment. Let’s say you pull Jean-Francois in February and want to replace Mitsuko - (s)he will be very happy to have a high level red troop already prepped.

Lastly, it IS fun to do pulls, but saving can (lol) also be fun! Looking at the future event heroes and the possibility of season 3 heroes, you may be glad you stocked up on gems and then really splurged later.

Depends how you focus on troops

You start summoning for troops, no It doesnt. You use troops to feed excess food then yeah it can

+1 tho on keeping tc20 going. I’ve only just stopped mine cause I need more fodder… Only hero I want from S1 now is Vivica…