Is Brienne worth levelling

15 posts were merged into an existing topic: Who to replace Brienne with, now that I have Boldtusk?

…then you’re comparing a 4* Brienne to a 5* Boldtusk/Kiril.

Isn’t that the same comparison as the current 3* vs 4* versions? Wouldn’t BT or Kiril still be preferable?

…especially since everyone else will be leveling up their own heroes in exactly the same manner. I should imagine that, just as before, the only reason to level up Brienne will be to have a good +Attack buff in the Rare level Challenge Events where you can’t use anything over a 3* hero.

In the last release, if you have a maxed hero, the odds of their special going up is x4, so if you get another brienne, it’s 100%.

@Hawkeye - so just at first glance of you question… if your a 3* player currently Brienne in my opinion is one of the BEST Rare heroes in the game and plays well into your entry of EPIC class playing. As well an excellent permanent use hero in Rare CE’s.

Jensen: Who are you? 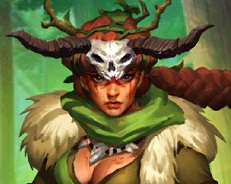 Hey my man… Pics still a Blazer to the core… He’s just taking a little break, as a few others, we got peeps all over the place right now. I took a little break myself but starting to pick things up again. It was an honor to host you for a short while, we must do it again sometime…

BLAZING DAWN My Fav Alliance to be part of Yet!

Will be back for sure.

No offense to any of you other fine Alliances and Friends! My first 12* was with this ■■■ Kicking Leader!

ps. Picks was my hardest competition for No1 on Leaderboard to date!

nothing to see here… 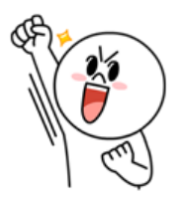 host you for a short while, we must do it again sometime…

@Wormwood I’m READY when you are my friend! Hanging with TM till then, looks like I get to go to WAR with them!

Hey my man… Finally catching up with things, I visited Titan Mafia for a while and sadly you weren’t there but everyone else were awesome hosts, I’d expect no less from this bunch… I’d like to get ya back in here for a few days as soon as I get a spot man. I’ll drop you a line as soon as I do…

@Roxy_TM told me about it - I visit the old team once in a bit, sorry I missed ya - she always speaks VERY HIGHLY of you.

that COOL CAT can mess people UP! 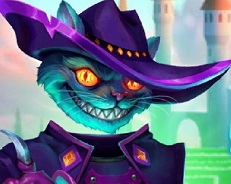 @Kerridoc if I just had a more time I think the guys/gals that all responded to this - we could probably hammer something out! I just don’t have enough time (like most of us). On another note the ToA (Time of Availability) factor perhaps you and I can figure this out one of these days to adjust grades/ranks… @ratabboypda it will be a report available like the new H.T.E.P. report - through the TM Users Group Lounge Links after you login to get the report. If your not a member join …

I love the cat… Brings all scattered heroes together so Panther/Sargasso can do their thing, it’s such an OP feature imo… He’d be very interesting as a +20 hero. #goodtimesahead

@Razor Hey bud, looks like we’re ready for your visit if you’re still up for it. We just had a few moves going on so perfect timing… Let me know.

I’ll be right over, I can’t chat as I’m in work mode at the moment but will catch up with the team tonight ok! Thanks buddy.

If you get her and a Spirit Link going at the same time, it gets crazy. Every hit from an enemy boosts the entire team.

So I just decided that I’m gonna get a solid 3* team for tournament. After looking at top players over and I’ve discovered that GREEN IS THE MOST POWERFUL, and most people do a 2 or 3 stack of green, red is practically obsolete (which I’m confused about) …

I’m torn between choosing a 2 stack or 3 in place of Valen, and which green heroes.

I take a healer on EVERY team, but I literally LOVE muggy his special is one of the most unique in this game, and this post confirmed that Brienne is probably the most valuable 3*healer there is!

Also do y’all favor Mnesseus or Berden over Muggy?

Lastly, would you choose Gato over Valen?

Side thought, since everyone uses so many green in your would a red stack make it and demolish greens??

Yes, when I was starting out she made a huge difference and until I got Wu used her and ascended her to 7, she increased my scores and helped me grow.