Yep, I’ve seen that one.

I actually had a similar idea for an E&P style game using modern soldier archetypes instead of the medieval swords and bows, elves and magic etc.

Not that I would develop it myself, I know nothing about programming or graphic design or anything. Just figured SG might think about expanding their original concept into spinoffs. But it looks like others already got the same idea.

SG has already launched a game similar to EnP, but targeted towards more younger audience and modern warfare.

“Puzzle Combat incorporates match-three and RPG elements while giving players the opportunity to grow an army in an attempt to thwart all competition.” Interesting-- doesn’t seem that different from Empires & Puzzles? I wonder if this is geared towards the younger market due to all the complaints of the game getting cutesy.

Ah yes, I had heard about that one, but figured it was just a different version of the original. Didn’t realize it actually had guns instead of blades.

It was my understanding that this game hasn’t been released in most countries yet… and also find it kind of odd that it’s supposed to be geared towards a younger audience. Apparently swords and magic are adult themed, but guns and modern warfare are “cutesy”?

Well it says that it is published by Small Giant games. 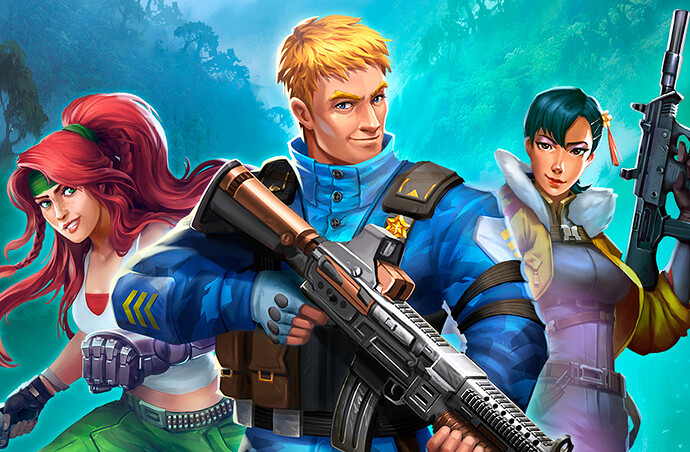 Puzzles and RPG go hand in hand in Puzzle Combat, a fun match 3 set in a militaristic world.

Well, the reason is simple. Getting interested into fantasies and mythos requires a certain amount of “nerdiness” if you will. Not everyone can appreciate the depths or background of many of the references in the game without kmowing some of the lores related to it.

But connecting with guns and tanks and stuffs is something that young people can easily do. I am sure at some point of time everyone was interested in becoming a pilot or serving in the the army or navy. But as you grow old, unless you are in those fields, that fascination slowly fades away.

I remember when I was young I was more interested in FPS computer games like Max Payne, Wolfenstein 3D, Mafia, Call of Duty, etc, but as I grew older I started appreciating more strategy based games like Age of Empires, Age of Mythology, World of Warcraft etc. So it goes without saying that where the attractions lie.

A huge part of the success of EnP can be attributed to the fact that they targeted more mature audiences via Instagram and Facebook. I can’t remember where but I read somewhere that their ads were run on profiles of ages 27 - 40 (or something around that). It means more mature audience and also working individuals so that they get players who can actually pay with their own money.

Anyway, TLDR: If I see an add between a fantasy game and a modern warfare game, I am most likely cliking on the fantasy one, but 15 years back my decision would have been opposite.

No i mean the Battleship One.

Aah, okay sorry. I thought you were replying to my post.

My husband and I were just talking about this today. We know that children (and teenagers) are playing the game but we believe the slow grind is geared more towards adults.

What we really believe though is that the strong community that has grown around this game (and in the forum) is because of its attraction to adult players.

Exactly my point. This game is built upon grinding and patience, and in today’s instant gratification world very few young players would be willing to invest the time or money in it. So it was actually a brilliant tactic to target more mature audience. But as you rightly pointed out that is also the reason this community prospered so much. I am sure this in turn also helps players to remain interested in the game.

Actually i am very astonished the way i can talk in my alliance, with now spelling errors, politness and such…

But that drifts into Off-topic…

By the way, Puzzle Combat is much better than E&P, though is not yet worldwide released. Though keeping low rewards, no hotm, no events, no wars, etc (to not be unfair for the rest of the world when will join), I already can say SG created the best game in the match-3 games world. The quests are more various and entertaining, the missions on the map much harder to complete, the puzzle has new combinations which requires a high IQ to be able to plan few moves ahead (so easy to do it in E&P), levelling heroes and weapons (troops) is different. Even the special skill has apart leveling.

Btw, I would love to see such quests here, how is the one with zombies today in Puzzle Combat. Waves and waves of zombies and if you don’t kill them quickly, you get overwhelmed

(sorry for late reply, been mostly avoiding the forum lately)

Yeah I check most of the “nerdiness” boxes, I just figured that the younger crowd were a bit more comfortable with nerdiness these days, between all the anti-bullying campaigns and Harry Potter and whatnot. Also I kind of thought that “guns and tanks” themes were being slowly phased out, at least for the younger generations… blah blah blah connections to real world violence and whatnot, insert serious controversial discussion here, exit TGW, because those are the kind of discussions I’m trying to avoid on here…

TLDR: my favorite games are sandbox games. I love sci-fi, medieval fantasy, modern warfare, future warfare, etc. type games. As long as I have plenty of different options available and the “game playground” itself never ends. The games I like the least are the ones that are linear.

Warning, please be very careful downloading games similar to Empires and Puzzles. I had downloaded one to try out a while back (can’t remember name) but it glitched my phone to where ads keep popping up all over the place even though I had uninstalled the game. Had to do a hard reset on my phone to resolve the issue. 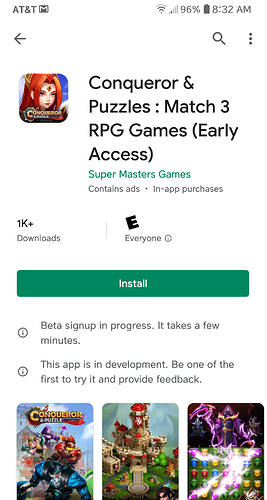 battleship and puzzles, is there a forum?

I would ask about the same thing as bbankes02. I have got the basics but I cannot understand upgrading ships - there is about ten slots around the ship and I never know where to put upgrade. Does it have different effectcs? Can anyone help please? There is no tutorial and I don’t want to waste my units for no effect. Forgive me my poor english, it’s not my native language but I hope you understand what i meant.

battleship and puzzles, is there a forum?

I would ask about the same thing as bbankes02.

Battleship and Puzzles is made by a different company, so you’d have to check with them about any Forum or questions.

This Forum is solely for Empires and Puzzles by Small Giant Games.

swords and magic are adult themed

OK, my mistake, sorry. I play Empires and Puzzles too, so I thought it’s the same company. Thanks for correcting my mistake. You make great job and I have ton of fun playing E&P. Thank you.

Though keeping low rewards, no hotm, no events, no wars, etc

Grindy leveling helps encourage IAP, and staying with an MMO.

So MMO games have diminishing returns especially after Stronghold 11 in Empires ( Empires is most fun before Legendary training).