I can’t do video, so snapped some screen shots.

Here’s two scenarios where Ilmarinen had his shared receive damage on the enemies, but they only hit one. Am I missing something? In the first set of pictures you can see that I made the red match at the top. 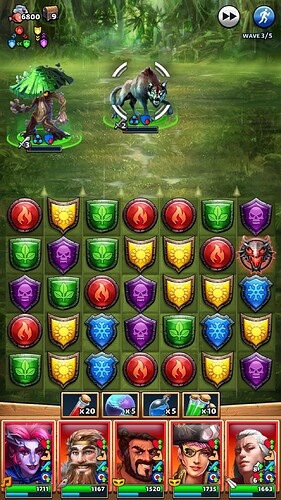 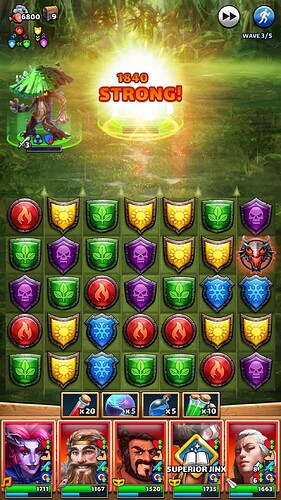 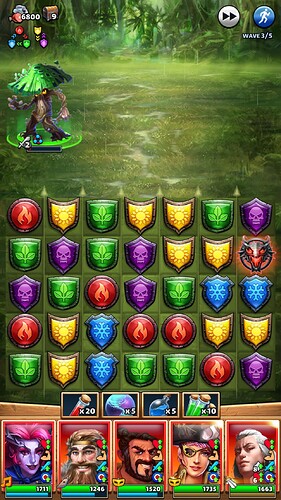 And another where shared damage was 1? 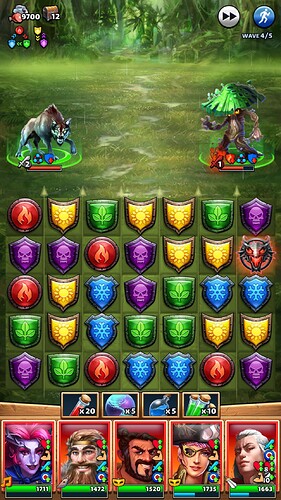 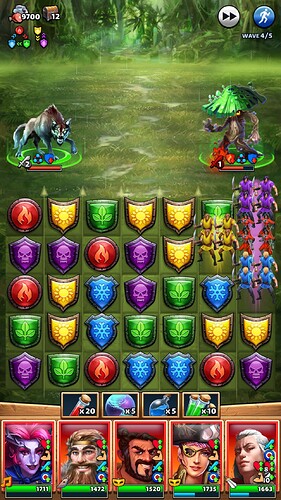 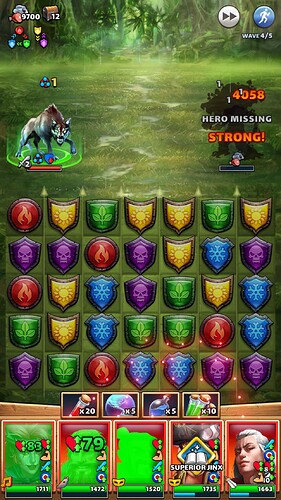 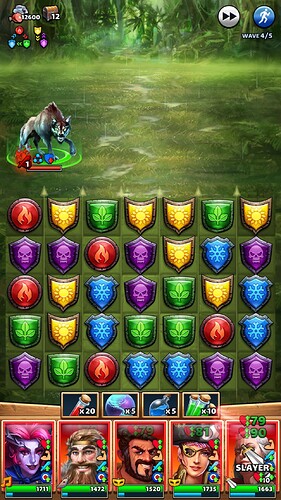 Superior Jinx from Marjana procced both times. When superior Jinx is triggered, it dispels before damage.

The pics where 1 damage is shared, an off-color tile hit before a red - which hit the superior jinx

Good eye! Thank you. So is there a 50% chance per enemy or just target hit? The other enemy in both examples still has the buff active.

Yeah, I think it’s one of the best superior talents. It dispels Black Knight before he has a chance to reduce damage, and also dispels Counterattackers before taking damage!

I’m using Ilmarinen this event and again I’m finding multiple instances where he’s not sharing damage. I’m having trouble capturing it, but I’ll share what happened and a picture of afterwards below, maybe you can help me figure out what’s going on.

In the picture below I saw that I could make a red Diamond, so I used a super mana pot on Ilmarinen and cast shared damage on all 3 enemies, then made the match to make the red Diamond. Tiles hit both the left and middle enemy, but the enemy on the right took 0 damage, even though he has the shared damage buff on him. Can you explain that? This keeps happening to me and the tiles will kill the enemies they hit but the damage is not being shared to the enemy not getting hit by tiles. 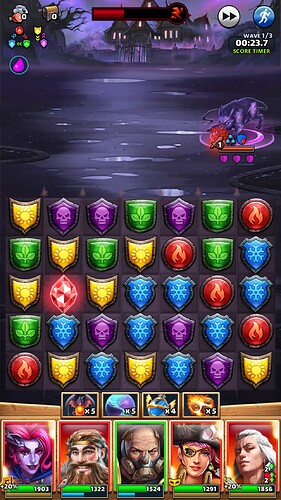 Can you explain that?

I mean, it probably still has to do with c Marjana. If her talent procced, she could have dispelled the shared damage before the damage occurred. That would have left the shared damage on the other one, but he would taken zero damage, as the others no longer have the buff

Ugh! You’re right. I have a second costume Marj at +18 so I switched her out and haven’t had the problem again. Wow, it’s been killing my setups all of legendary. It’s a great ability, but a disservice in events. Thanks for schooling my foggy brain!