I‘m fed up with this game

I‘m fed up and in it continues like this i‘ll stop playing.
It‘s really enough

It will continue like this. I promise you that. It’s the entire model of the game.

You’ll have some good luck, but mostly you will want more. Scarcity is the whole reason the game remains afloat.

Play for fun, or not at all. There is no way to “win” per se, even if you are #1 globally, there is always some rabbit to chase down a rabbit hole. (In this case, Master Lepus).

Like some above, I also suggest you to run 3x TC20 for a few months, and also stop spending any real money. I am sure you would be a much happier person after these few months. Good luck

Loosing all the time against weaker players, because i don‘t get better heros.

How are they weaker if you’re not stronger?

I was trying to figure out which of several dozen threads this one belongs to be merged with; there are so many.

The classic thread is What exactly is a Gacha? (Read before posting things about "unfair pulls")

This game can be enjoyed in many ways at any budget. The difficult part is accepting the pace of the game – as well as any limitations your budget place on that pace.

There is no reason ever to spend anything in the game. As a free-to-play player, after some months your TC20s will be grinding out 4* heroes and even the occasional 5* hero. You’ve joined an alliance where you are doing respectable damage to the resident titan and helping in wars. Rare ascension mats trickle in from rare quests and other free sources – in fact, you’ll probably find that the flow of mats and the flow of good heroes balance out nicely.

Or you can spend a little around the edges to make the game a little faster and your team stronger. Buy the VIP to get your base built up faster and to provide a steady flow of gems, with which you can make a few summons each month, to supplement the free Epic Hero Tokens that occasionally drop. Maybe spend a little more on the super deals, or when an offer includes rare ascension mat that has been elusive.

Or you can spend a lot. There are people who have spent into the 5- and 6-digits ($) on this game, and there’s always something new to spend on. My suggestion to “spendy” players is (a) set a strict budget and (b) don’t buy gems from the shop directly, but only through deals. Following (b) will greatly help sticking to your budget.

But recognize that spending lots of money doesn’t guarantee you a thing–or, at least, nothing good. Random is random. It’s entirely possible to do 100, 200, 500, 1000 summons and not get the hero you want. That’s the way this game is set up, for better or worse.

So the question is straightforward: is it worth dropping 34,400 gems for a 30% chance at Poseidon, plus an 80% chance at Anzogh, plus 9 non-farmable rare mats? The answer depends on the individual’s budget, interest, bench, etc.

Note that there is no amount of spend that will guarantee a Poseidon.

My cheap-to-play account, which is just VIP and buys an occasional offer, managed to get Poseidon on one of the four Atlantis summons last month. And a Santa from a free token in December. That account is missing a lot of core heroes, and in 16 months of play has yet to score a HotM. Still, I manage to do okay on 10* titans, wars, and am lucky to be in a fun alliance with good people.

Been playing since October 2018. Have spent a fair amount. Stopped Spending except in rare circumstances.

Still have a bunch of heroes I “want” to ascend but don’t have enough feeders/food/mats to ascend.

For example, after the update, I wanted to work on Aegir… but I’ve got Frida.
Still need a 5* purple… but looks like I’ll just go ahead and ascend Quintus because… well…11 tabards and Morlovia coming soon enough… (Have panther, khiona, bosswolf as 4/80… no other 5*)

Spent over $1500 USD trying to get other purples. (Hel, during both Atlantis releases, Kage, Aeron (both when released last year and during Atlantis), Kunchen, Mok-Arr, over $500 trying for Victor) Spent about $400 before I got Panther. Almost exactly half the amount I’ve spent on the ENTIRE GAME… has been chasing purple 5*.

so, to the OP, there are some of us who know what we are getting into and still stupidly keep getting into it. Eventually (like I did) I stopped because I was done spending money on something that wasn’t worth it.

I’m sure I’ll get Sartana, Domitia or Obakon. Or maybe just Quintus (my third copy, the first one ate the second one).

One thing to realize in this game is that no matter what heroes you have there is ALWAYS a better one on the horizon. You can jump on the treadmill and try to get all the new shiny heroes, spending frankly silly amounts along the way, or you can accept the ones you have and play to the level they put you at. If you are ultra competitive and need to be top dog then this game will gacha you big time.

As an aside I have no idea how people can run multiple accounts in the game. I barely have enough time for one.

As an aside I have no idea how people can run multiple accounts in the game. I barely have enough time for one.

Even as a retired person with lots of leisure/hobby time, I can tell you … it’s a lot of work

I was just asking myself this morning how our players who work, have families, have outside interests, can even manage ONE game!

Yes, this is perfectly normal.

There are many guides to these game and they all pretty much say get you 30 3s and at least 1 4 rainbow team.

The staple of this game is built on 4*s.

If you learn how to work with what you have & then you are blessed with a 5* you become better.

Richard should give this epic speech to every new player!

That little gem gave me the biggest genuine laugh of the day, thank you @kayo

“But I want to spend more!”
“No sir, we’ve read your forum post and blocked 5* from your account, you’ll have to go.” 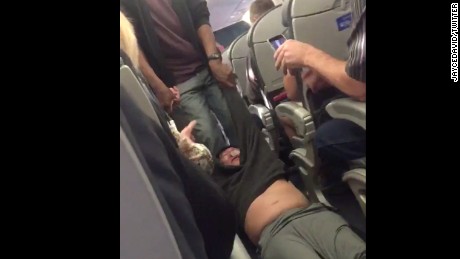 In my first alliance, I always joked that I was the 3* hero because that’s all I ever seemed to pull while everyone else was getting 4s and 5s. Then I started getting the top war scores, and they were dumbfounded. Turns out you can level 30 3* and 4* in half the time it takes to level a single team of 5*. Whoda thunk? Worked out well for me, though. I love my 4* teams.