HOTM is supposed to be hard to get?

That’s some bad luck there.

So you only had one before January! Good run of late for you. I only have 5, starting two-ish years ago (during the summer event). Aegir, Zimkitha, Frida, Miki, Telluria.

Yes this year im lucky got all of them, and got mother north in december.

That’s some bad luck there.

This is the first thing I think about whenever someone offers the advice ‘Oh, the next HOTM will solve that. Just pull for them’. 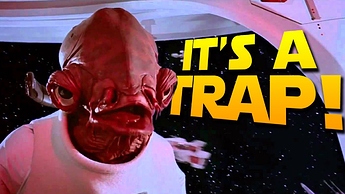 That was probably me. I did 2 30 pulls, 10 10 pulls, and a load of token and coin pulls through Atlantis, Costume chamber and Valhalla.

Well, I was one of those unlucky 5 last month. By far the most pulls I’ve EVER done in one month, and no Telluria. I have every other HotM, some more than once (Miki, JF, Seshat, Neith), but Telluria just didn’t want to play.

So, in the “wtf” category, another player in my alliance had this happen yesterday: 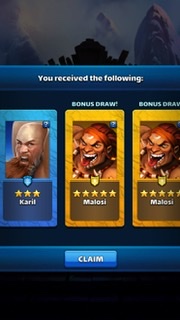 I didn’t know that was possible! Apparently even the bonus draw can trigger a bonus draw!?!? Yes, this was a single pull, probably from a token.

Apparently even the bonus draw can trigger a bonus draw!?!?

Yep, and technically the Bonus Bonus Draw can trigger one too — which would be expected to happen roughly once in every 455,166 Summons.

I think there’s a screenshot of that floating around somewhere or other — which isn’t surprising when you’ve got a million plus players Summoning many times over the course of years. That adds up to a lot of chances for rare occurrences, both lucky and unlucky.

Was that a single pull? Or a multi?
Each individual “pull” in a multi-pull (e.g. 10x or 30x) has the chance of having the bonus draw for the HotM.

So in theory, one COULD get 30x HotM off a 30 pull… Statistically impossible but it COULD happen…

I didn’t know that was possible!

Yes, every HOTM Bonus have a chance to get another HOTM, I already search but can not found here, someone have 2x Seshat in one pull.
But here is also another sample from 2018 thread Drake Fong:
One pull 2 bonus

@Zathrus, it is better if your friend can screenshot from the history menu.

I’ve been playing since April of 2018 and have all 25 HOTM’S + Alby from Atlantis pull so 26 total HOTM’S also have Poseidon, Ariel, Tarlak, gpatnther, Red Hood, Dark Knight, King Arthur, Lady of the Lake, Mother North, Rana, Kage, Hemdil, Fenir, Vivica and Obakan, Marajana, Lianna are the only regular pulls I have at 80, but I have a bunch of regular 5* heroes just not leveled and I think I have at least 1 of every 4*, and I ate a gowl and a boss wolf

You must spend lots of money or are one lucky SOB!

I’m so sorry you didn’t get the hero you wanted. But I’ve never spent $100’s in a month, and really don’t send much more then the VIP and occasionally the deals with loot tickets to help when life gets too busy. Like all gambling type entertainment, you can’t win the jackpot if you don’t play the machine. Lol. But even thō I don’t have every HotM I do have a few, drake, Kunch, vela, JF, and now this months. And every one was from a free token pull.
The odds are posted…good luck!

Hi there. I’m sorry for you. Really I am. I hope you didn’t spend too much. You are obviously upset. Maybe, if you spent too much, it’s time to set a budget on what you are willing to spend on this form of entertainment each month? Then stick to it! Be strong and don’t keep spending, the odds are not in your favor! I hope next pull gives you the hero you are trying for! Good luck!

be nice and the universe will repay in kindness

Well I’m not lying to you or me yes I’ve spent couple of hundred dollars a few times, but not really that many times and it was never to just buy pulls, it was when they had a monthly deal where you got a couple of 5* hero ascension items and like 11,000 gems 100 more then you get with buying just gems, and they would have an thing like a holiday event in the same month that and on some occasions I’ve bought deals again for ascension items that also come with epic hero token but those are usually under 30 dollars
Yes I admit I’ve been a very lucky person with pulls way beyond what the odds are, but that means someone else is taking a beating on their pulls since I believe that E&P aren’t lying about those odds . So for you unfortunate that get the bad odds go ahead and hate me for my luck

oh God, you are one of those! ironic that you make fun of kids with special needs

your forum account is not tied to your game account, they dont know it is you “telling the truth”, genius

and it is not called embezzlement, dont use big words

Why do you still play if you are so unhappy with this game? You spend (waste) your time on the forums to complain. Is it assisting with your hero pulls? Squeaky wheel gets the grease huh?